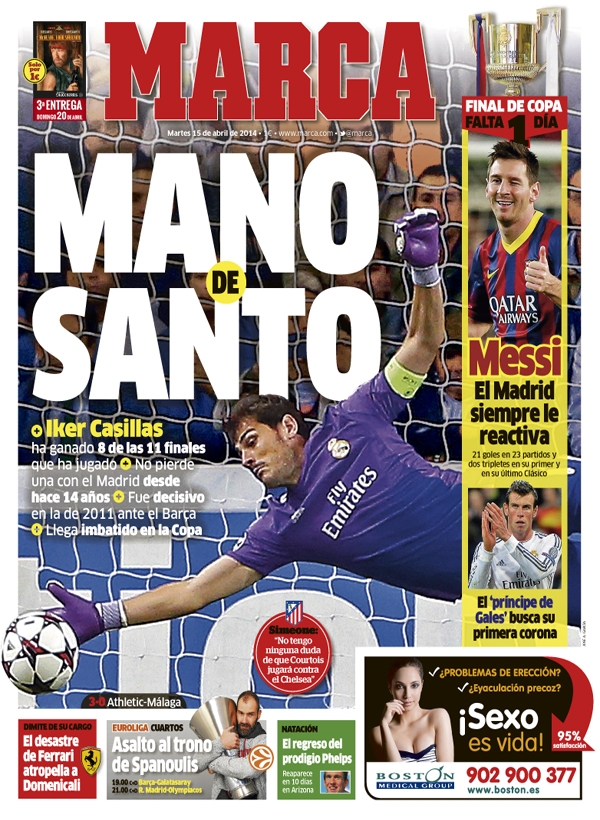 Iker Casillas has won eight of the 11 finals he's played

He's been keeping goal at Madrid since he's 14

He was decisive against Barcelona in 2011

Copa del Rey final - only one day to go

The 'Prince of Wales' is ready 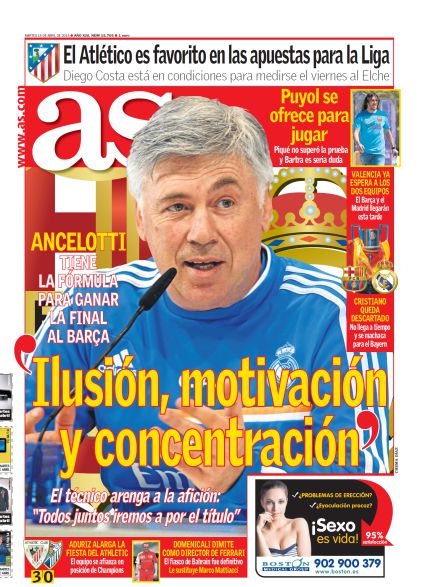 Ancelotti has the formula to beat Barcelona in the final

The Coach has one goal

"I came here to win titles" 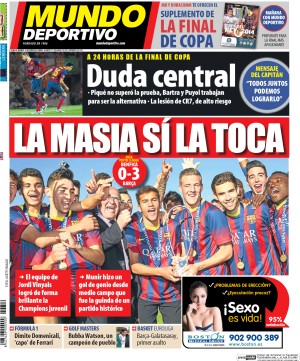 Pique is out, and Bartra and Puyol are doubts