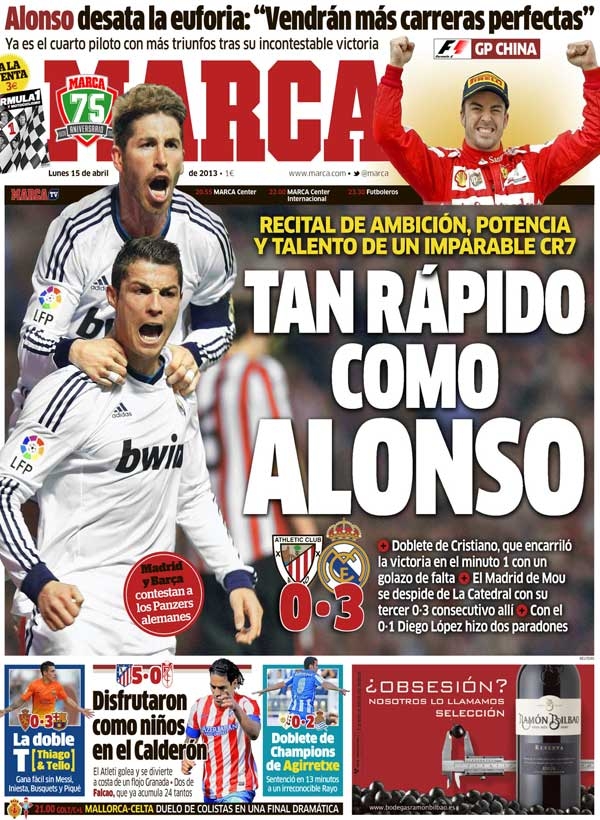 A show of unparalleled ambition, potential and talent from Cr7

When the score was a 0-1, Diego Lopez made two important saves

An easy win without Messi, Iniesta, Busquests and Pique

Two goals for Falcao that has taken his total to 24

Rayo Vallecano 0-2 Real Sociedad: A double for the Champions Agirretxe

Euphoric Alonso: "There will be more perfect races to come" 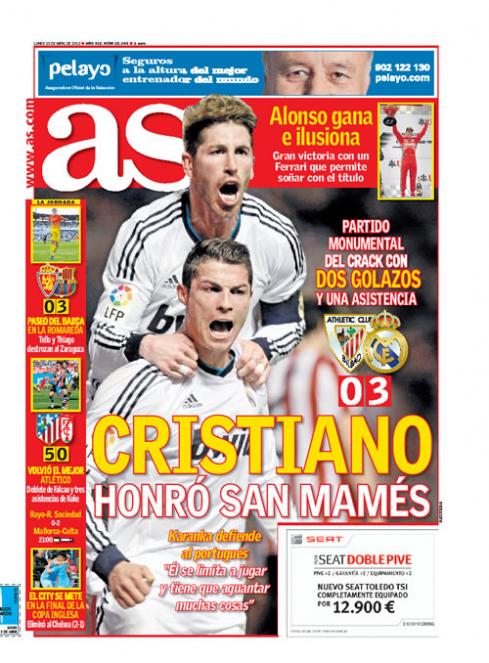 Karanka defends the Portuguese: "He plays to his limits and has many things to deal with"

Atletico 5-0 Granada, the best Atleti return: A double for Falcao and three assists for Koke

Zaragoza 0-3 Barcelona: A walk in the park at La Romareda

City make the final of the FA Cup

Alonso wins and is dreaming 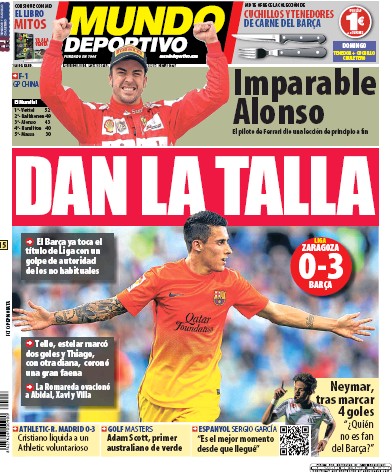 Tello, the star, scores two goals and Thiago, who scored another, put on a great show

La Romareda give an ovation to Abidal, Xavi and Villa

"Who is not a fan of Barca"

The driver of Ferrari gives a lesson from start to finish