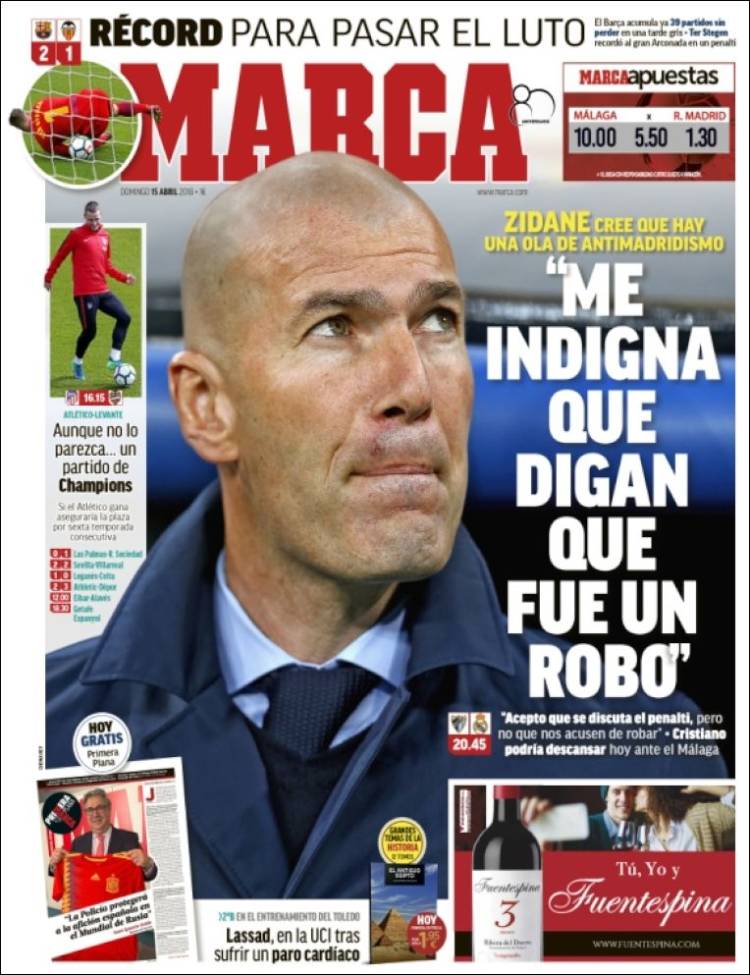 Record to overcome the mourning

Zidane believes there is a wave of 'anti-madridismo'

"I'm disgusted when they say it was a robbery"

"I accept the penalty is up for discussion, but not when they accuse of stealing"

Cristiano could sit out today's game against Malaga

Although it does not seem like it... it is a match for the Champions League 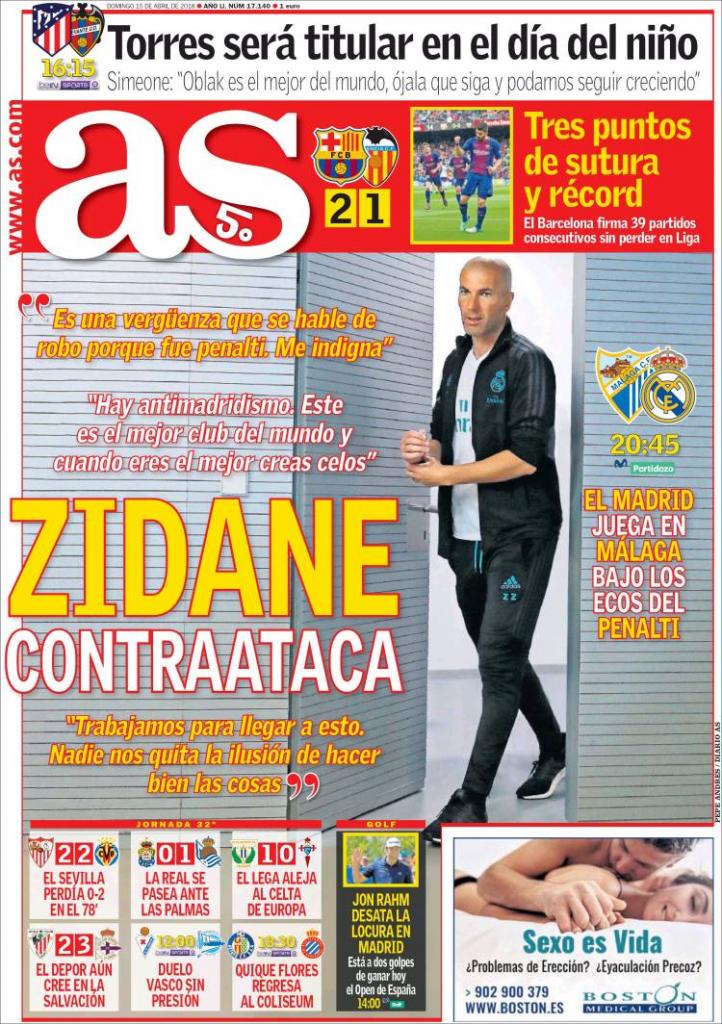 Torres will be a starter on Children's Day

Simeone: "Oblak is one of the best in the world, hopefully he stays and we can keep growing"

"It was a disgrace that people spoke of a robbery because it was a penalty. It disgusts me"

"There's 'anti-madridismo'. This is the best club in the worl and when you're the best, it causes jealousy"

"We're working to get to where we want. No-one can take away our enthusiasm of doing good things"

Madrid play at Malaga amidst echoes of their penalty

Lega move Celta away from Europe

Quique Flores returns to the Coliseum 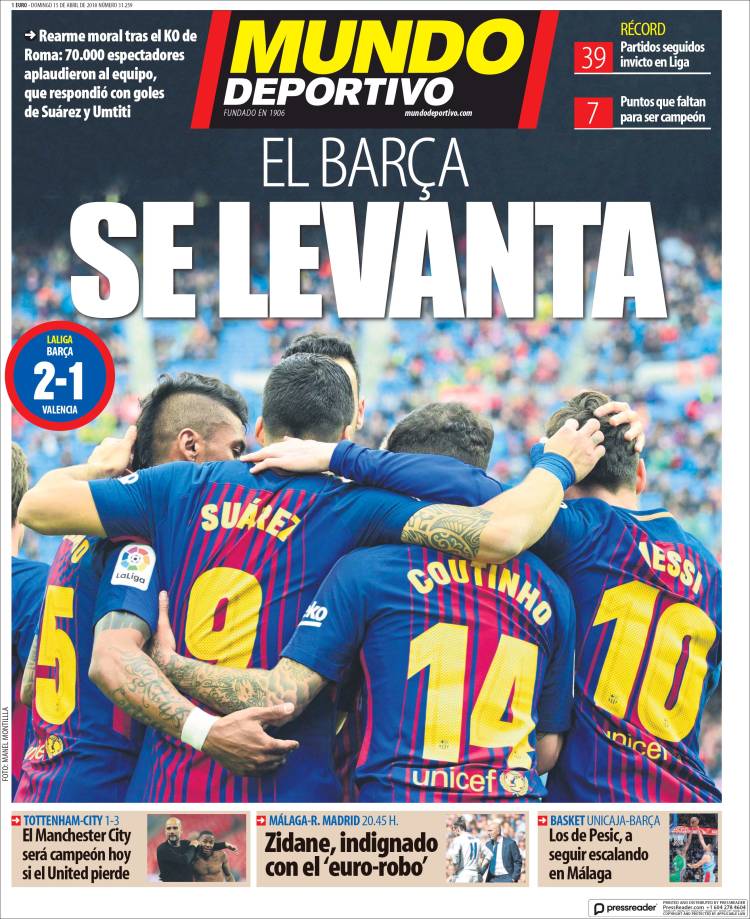 Morale boost after their KO by Roma: 70,000 fans applaud the team, who respond with goals from Suarez and Umtiti

7 points away from becoming champions

Zidane, disgusted by their 'Euro-robbery'