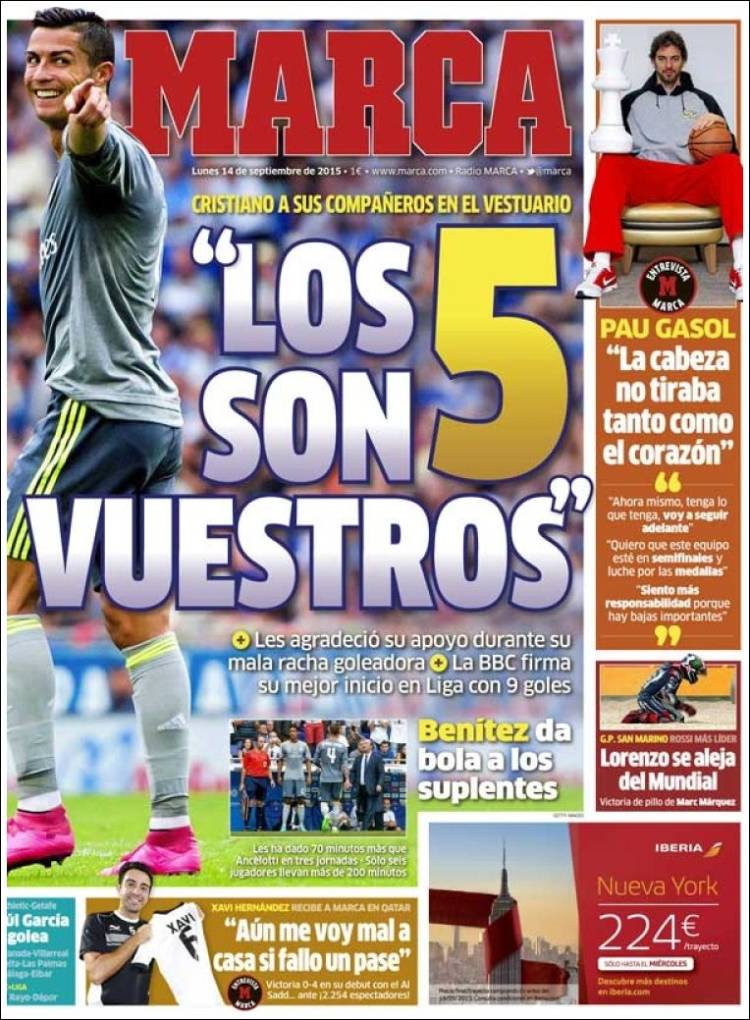 “The five goals are yours”

Ronaldo’s message to his teammates in the dressing room

He thanked them for their support during his poor goalscoring form

Raul Garcia gets off the mark 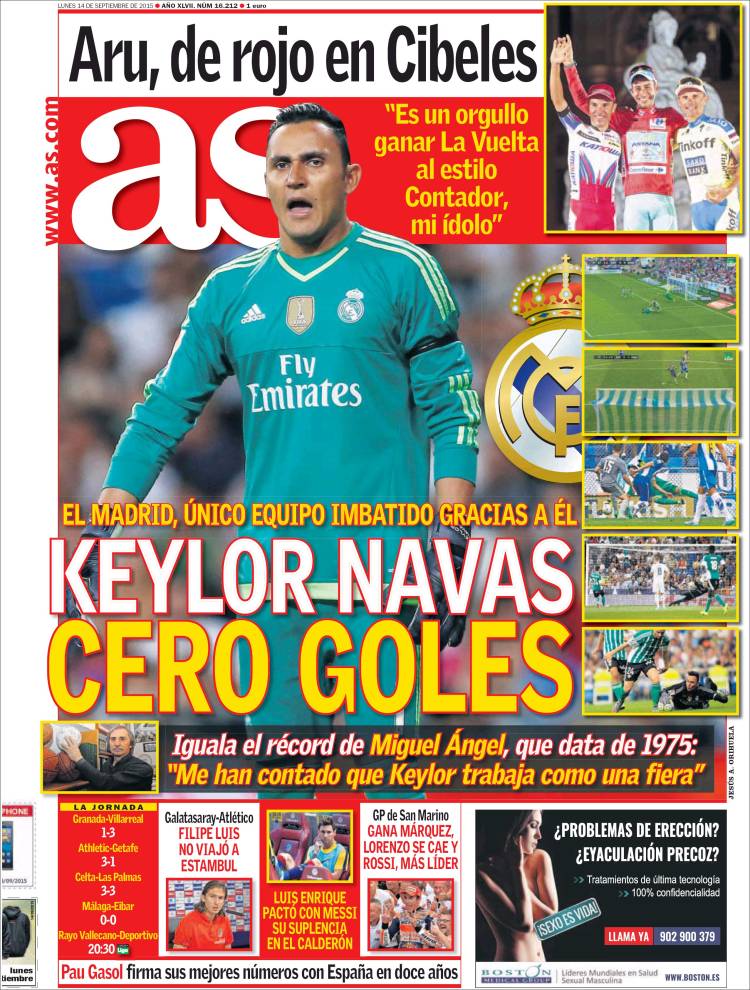 Madrid, the only team yet to concede thanks to

Equals the record of Miguel Angel, which dates back to 1975: “They have told me Keylor works like a wild animal” 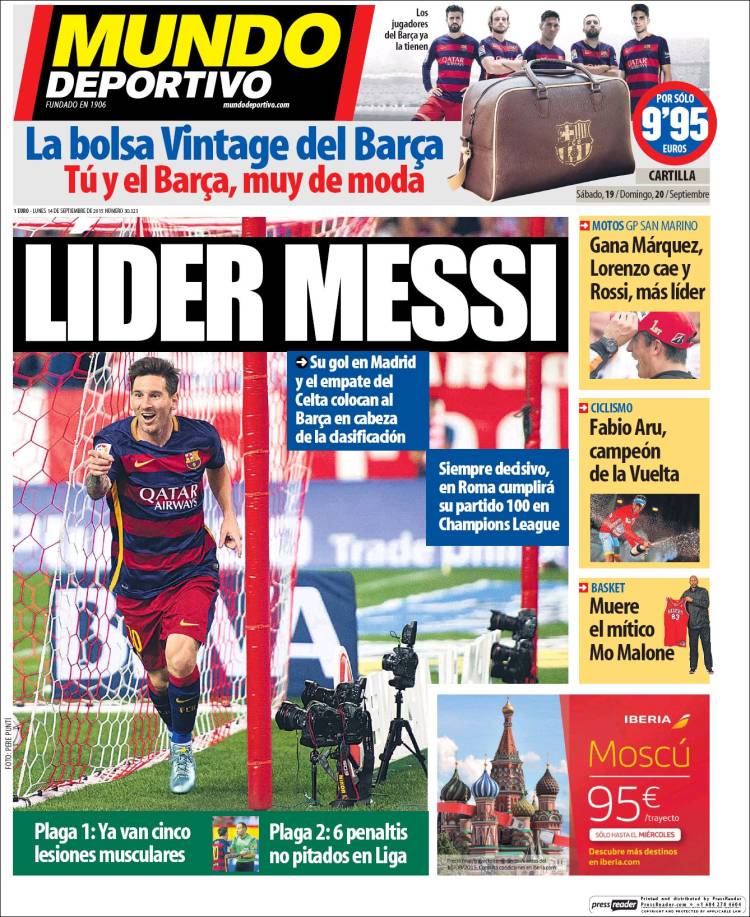 His goal in Madrid, coupled with Celta’s draw, fires Barca atop the standings

Always decisive, he is set to make his 100th Champions League appearance in Rome

Scourge 2: Barca have been denied six penalties in La Liga