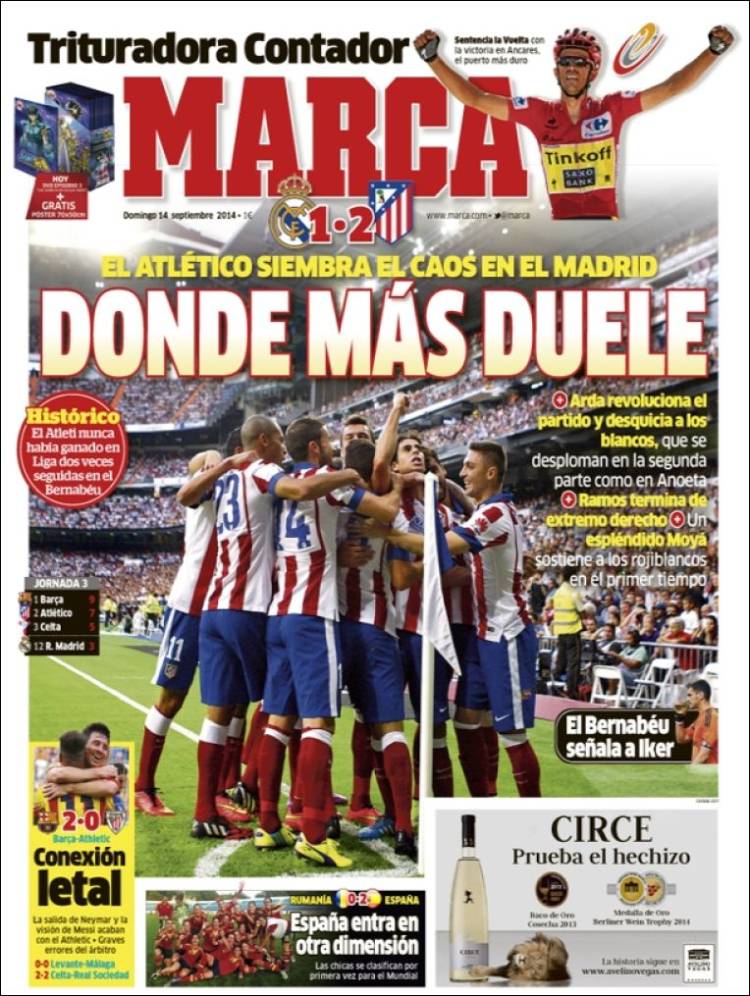 Where it hurts the most

Atletico sow the seeds of chaos in Madrid

Arda stirs things up and upsets Los Blancos, who collapse in the second half like they did at Anoeta

The Bernabeu singles Iker out

Ramos ends the game at right-back

Historic: Atleti have never won on two consecutive occasions in the Bernabeu

Serious mistakes by the referee

The girls qualify for the World Cup for the first time 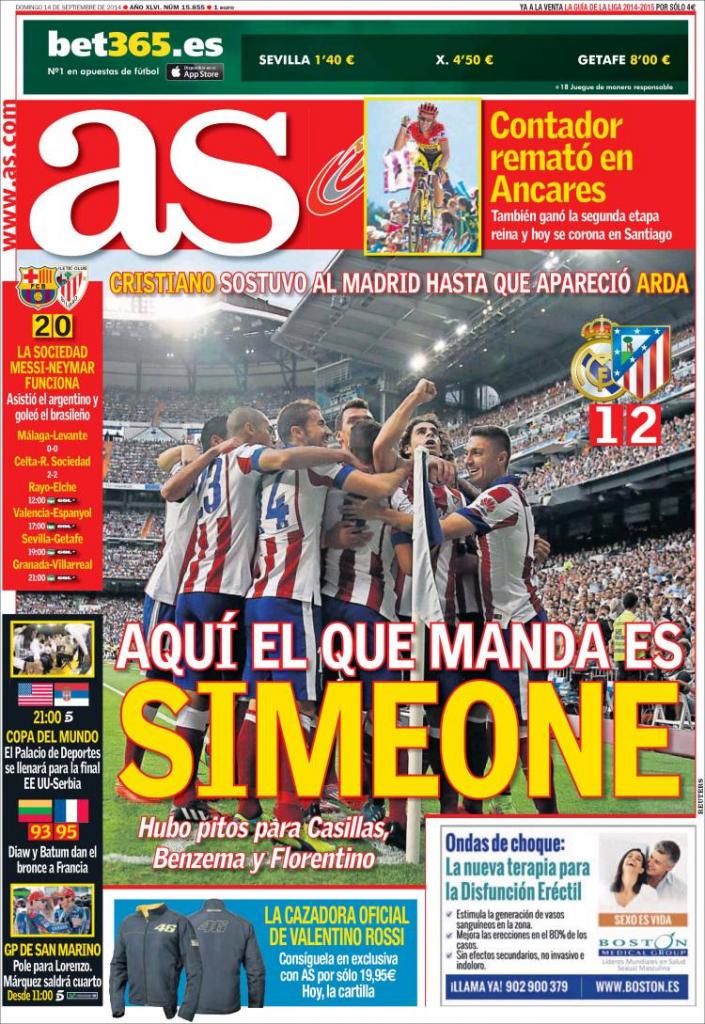 The person in charge here is Simeone

There were whistles for Casillas, Benzema and Florentino

Cristiano kept Madrid going until Arda made an appearance

The Messi-Neymar partnership is working

The Argentine provided assists and the Brazilian scored 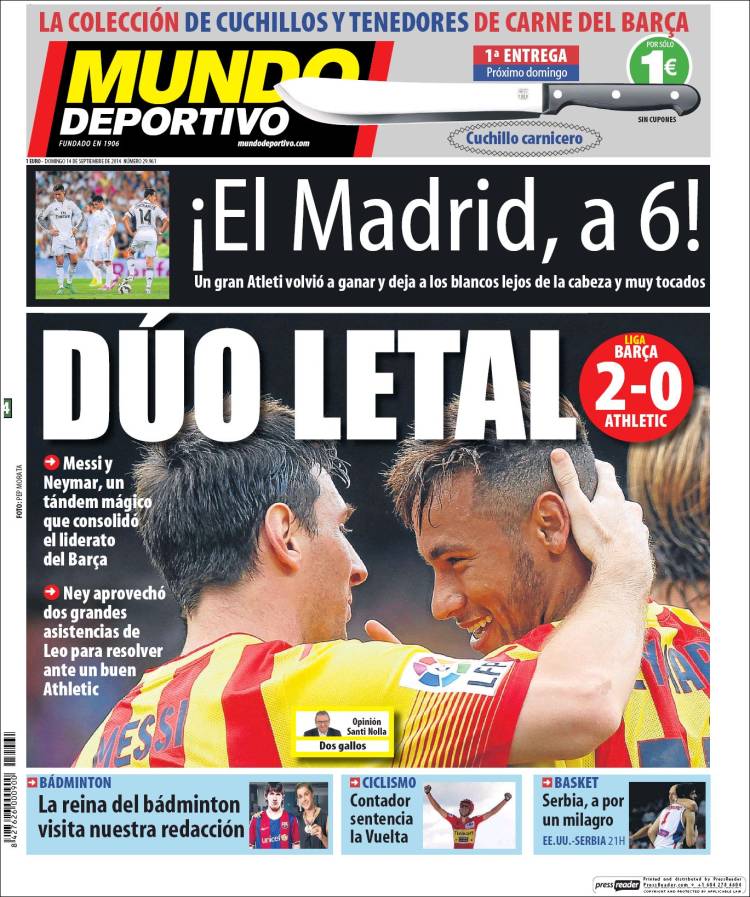 Messi and Neymar, a magic tandem that reinforced Barca’s leadership