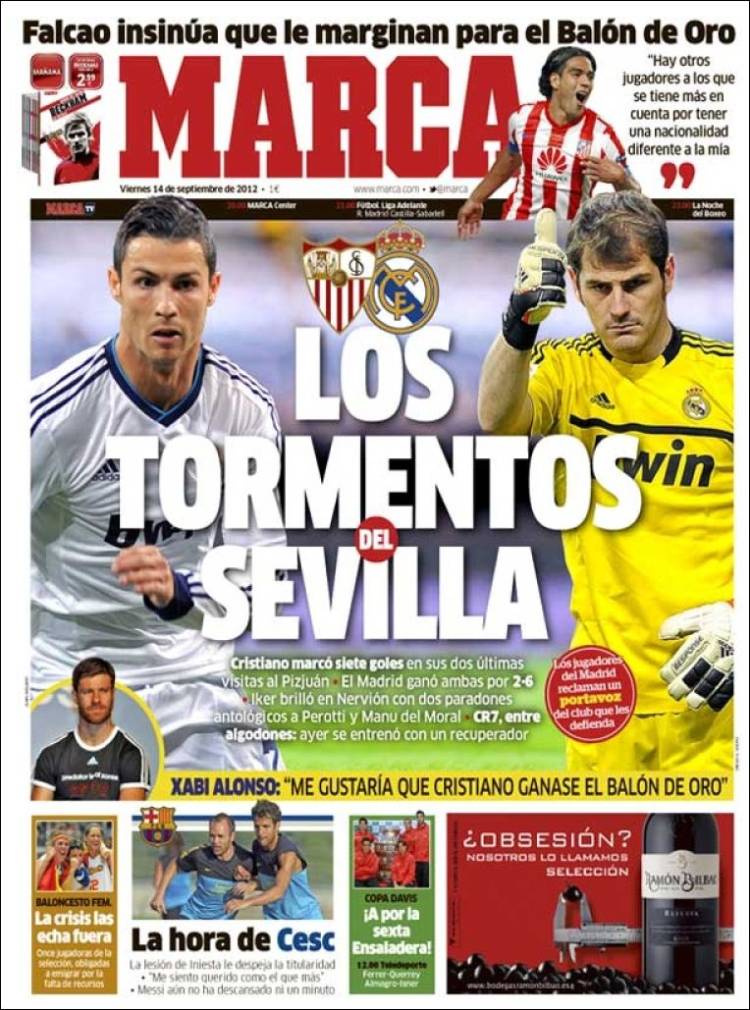 The torturers of Sevilla

Cristiano has scored seven goals in his last two visits to the Sanchez Pizjuan: Madrid have won both games 6-2

CR7 delicate: he trained with a fitness Coach yesterday

The Madrid players demand a club spokesman to defend them

Falcao insuates he is excluded from the Ballon d'Or

Xabi Alonso: "I'd like Cristiano to win the Ballon d'Or"

Cesc's time: injury to Iniesta sees him back in the side

"I feel wanted once more"

Messi has still not been rested one minute 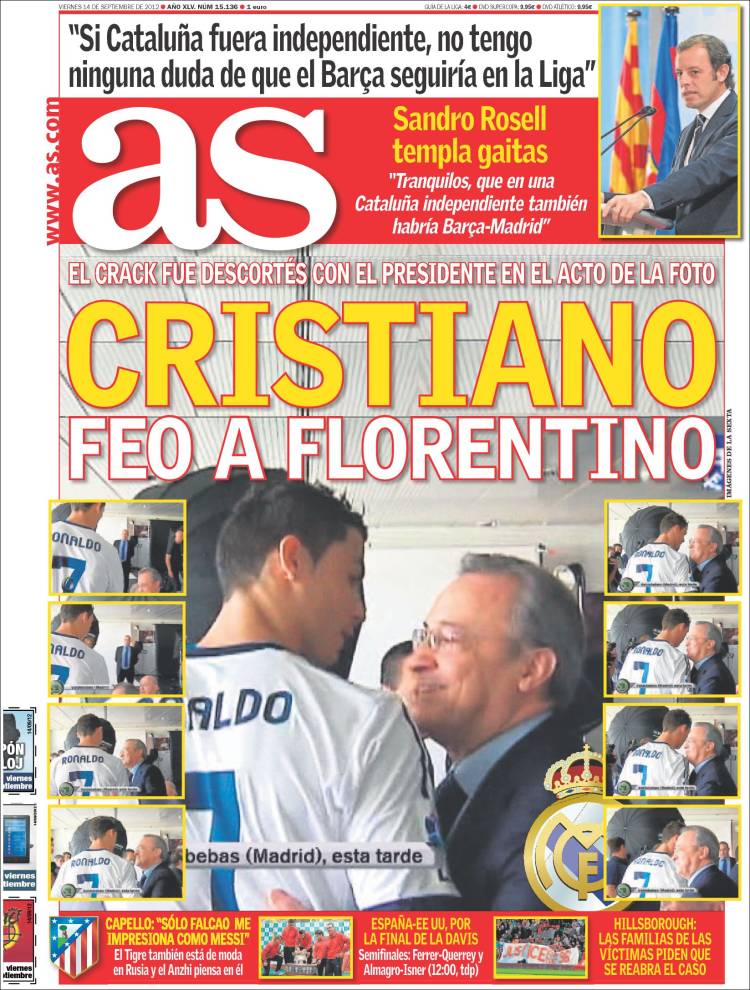 Cristiano ugly towards Florentino: the star was discourteous to the President at the official team photo

Sandro Rosell tunes the bagpipes: "Relax, in an independent Catalonia there would still be a Barca-Madrid" 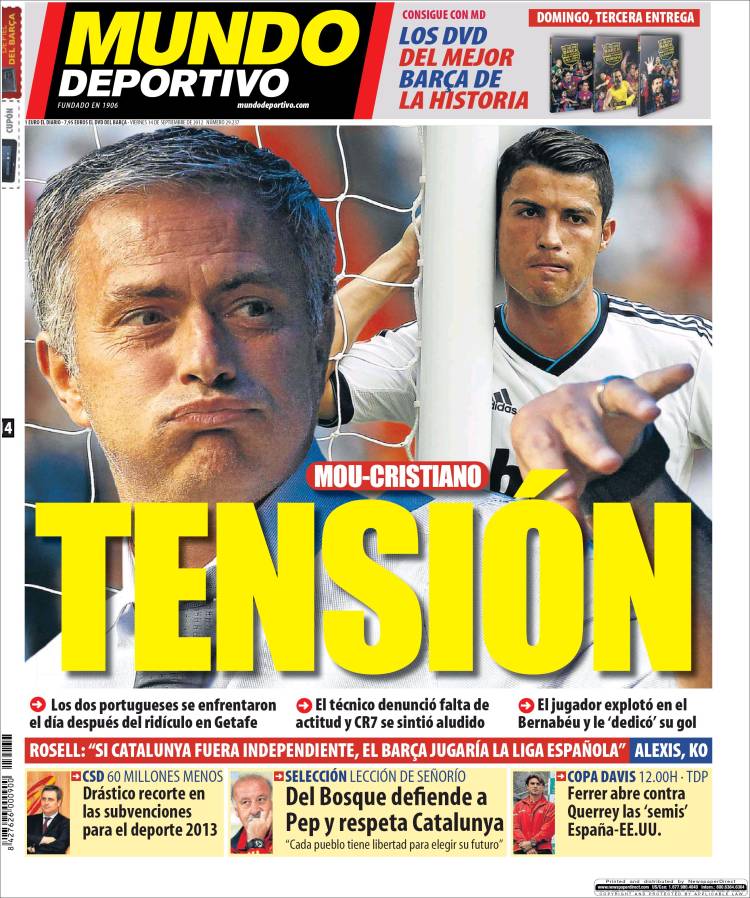 The Coach complains about his attitude and CR7 feels unwanted

The player explodes at the Bernabeu and 'dedicates' his goal

"Every population is free to choose its future"