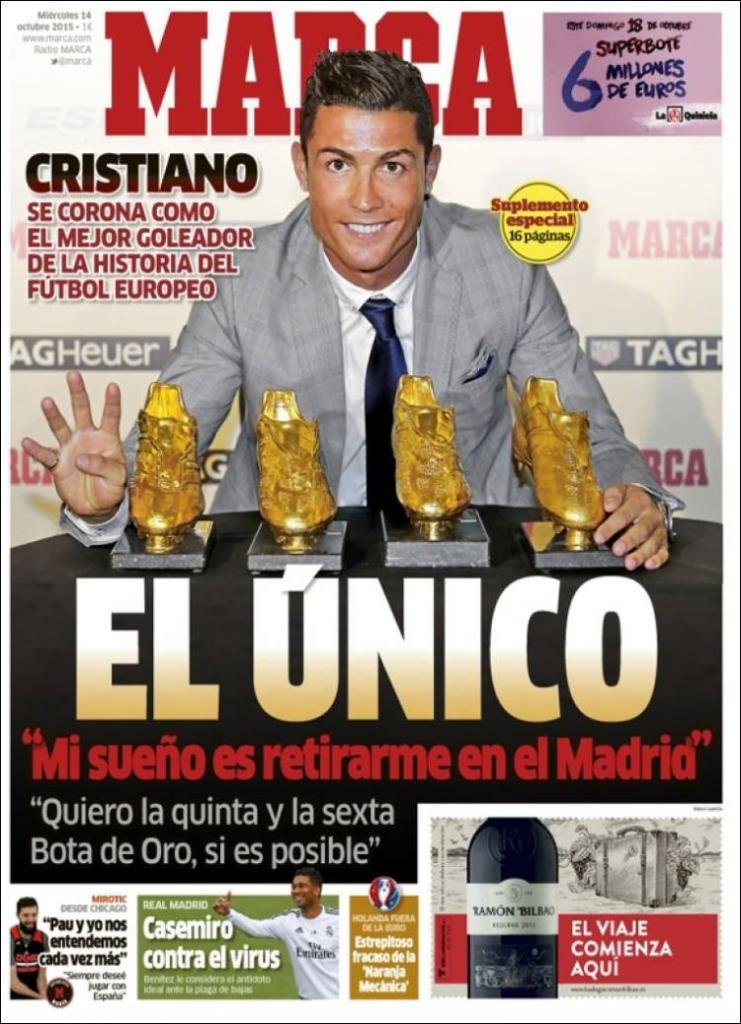 “My dream is to retire at Madrid”

“I want the fifth and sixth Golden Boots, if possible”

Casemiro against the virus

Benitez considers him the ideal antidote against the plague of injuries

Holland out of the Euros

Abject failure of the ‘clockwork orange’ 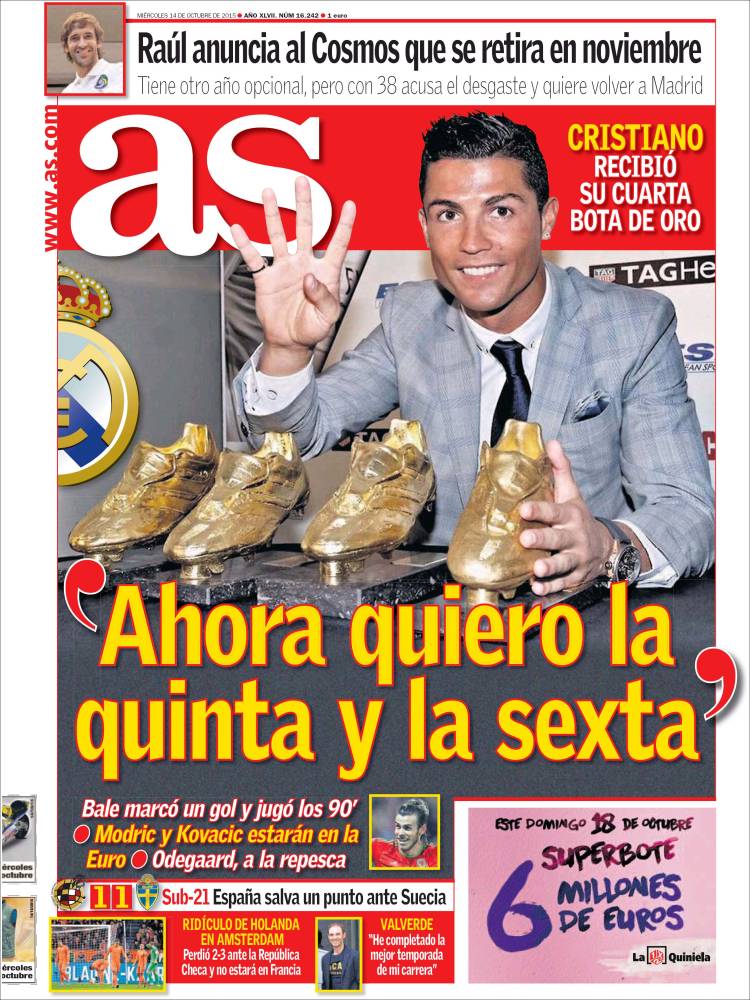 ‘I want the fifth and sixth’

Modric and Kovacic are in the Euros

Odegaard, in the play-offs

Raul announces to the Cosmos he retires in November

Spain save a point against Sweden 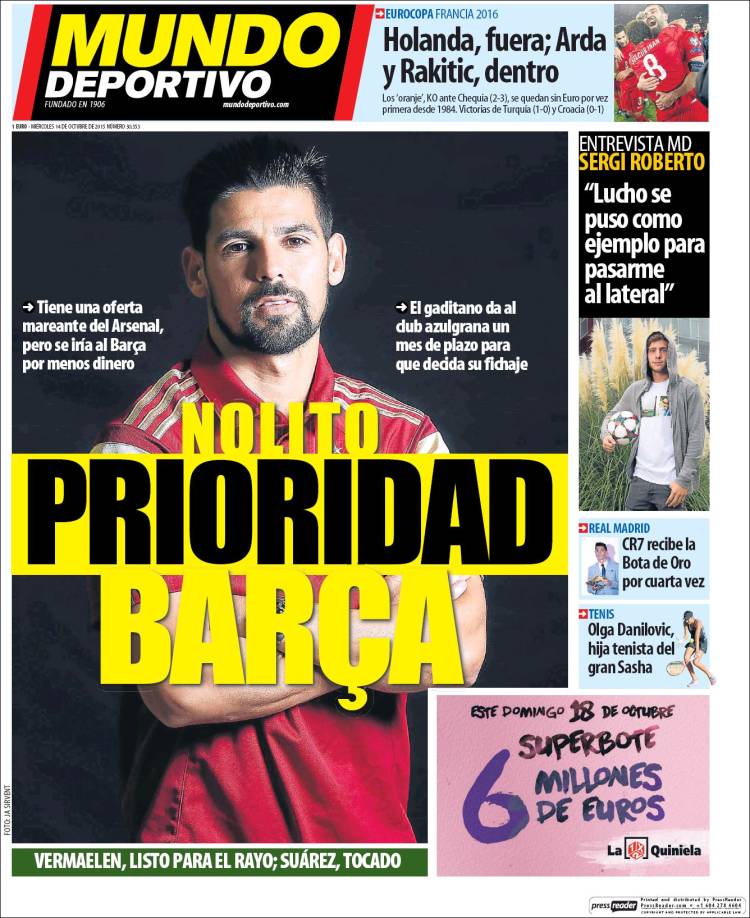 He has a dizzying offer from Arsenal, but would go to Barca for less money

Holland, out; Arda and Rakitic in

“Lucho was an example for how to move to full-back”

CR7 receives the Golden Boot for the fourth time