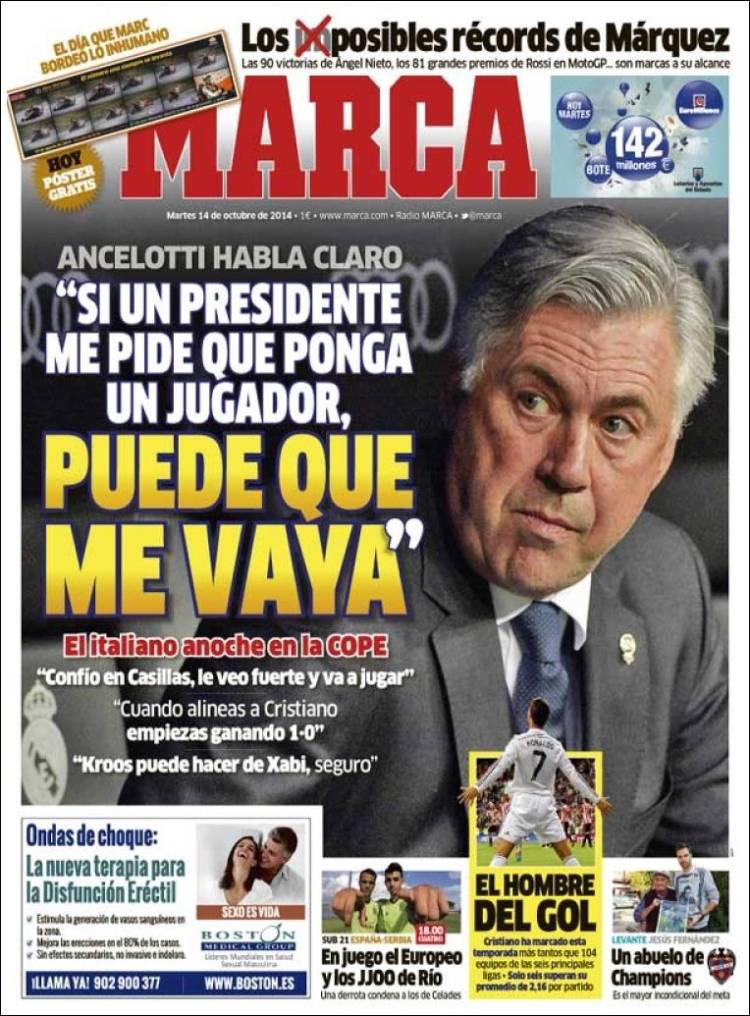 Ancelotti makes it clear: “If a President asked me to pick a player, I could leave”

The Italian last night on COPE:

“I trust in Casillas. I see him as strong and he’s going to play”

“Kroos can do what Xabi does, I’m sure”

The man of goals; Cristiano has scored more goals than 104 teams in the six main Leagues

Only six surpass his average of 2.15 per game

Levante, Jesus Fernandez; a Champion grandfather: he is the goalkeeper’s oldest unconditional supporter

Under-21s, Spain-Serbia; at stake the Europeans and the Olympic Games in Rio

A defeat would condemn Celades’ men 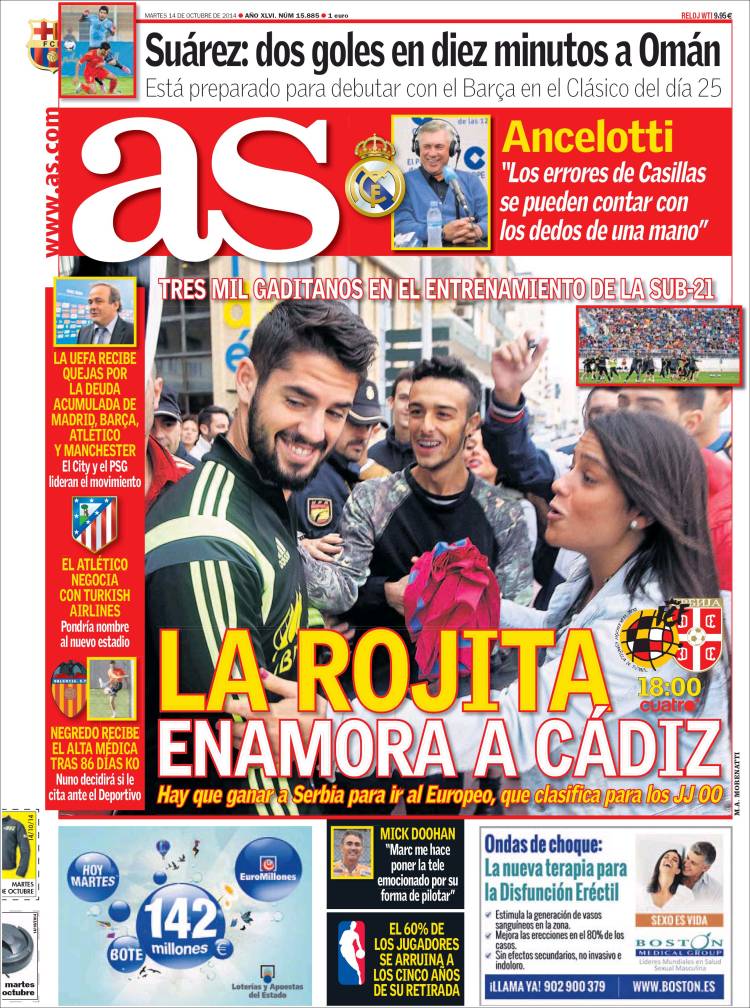 Three thousand ‘Gaditanos’ at Under-21 training

They must beat Serbia to go to the Europeans, which would qualify them for the Olympic Games

Ancelotti: “You could count Casillas’ mistakes on the fingers of one hand”

Suarez: two goals in 10 minutes against Oman; he is ready to make his Barca debut in the Clasico on the 25th

UEFA receive complaints over the debt accumulated by Madrid, Barca, Atletico and Manchester; City and PSG lead the crusade

Atletico in negotiations with Turkish Airlines; they will put their name to the new stadium

Negredo receives the medical all-clear after 86 days out; Nuno will decided if he makes the Deportivo fixture 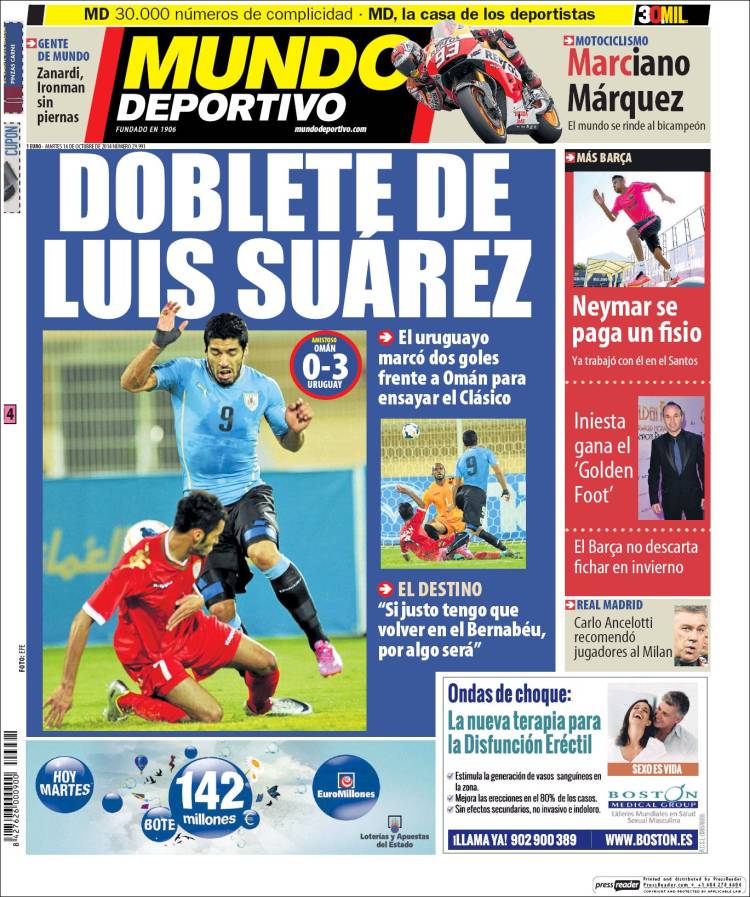 A double from Luis Suarez

Destiny: “If I only have to return for the Bernabeu then that’s how it will be”

Neymar pays for a physio; he has already worked with him at Santos