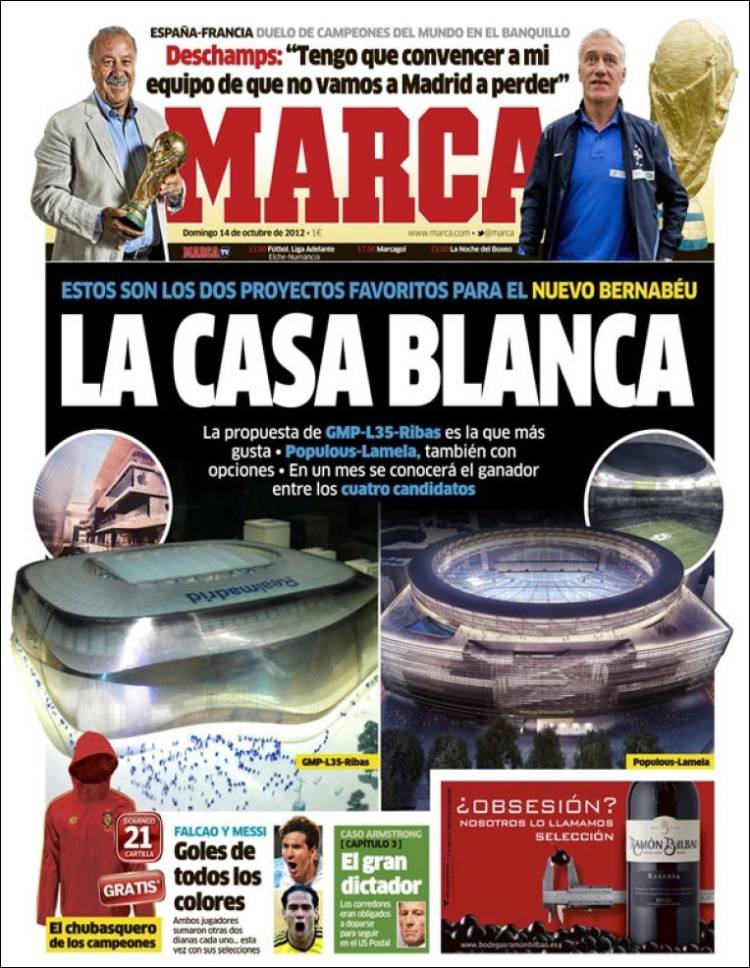 These are the two favourite projects for the new Bernabeu

The proposal from GMP-L35-Ribas is the most liked

Populous-Lamela also with a chance

Spain-France: Duel of the World Champions on the bench

Deschamps: “I have to convince my players that they are not going to Madrid to lose”

Falcao and Messi – goals in all colours 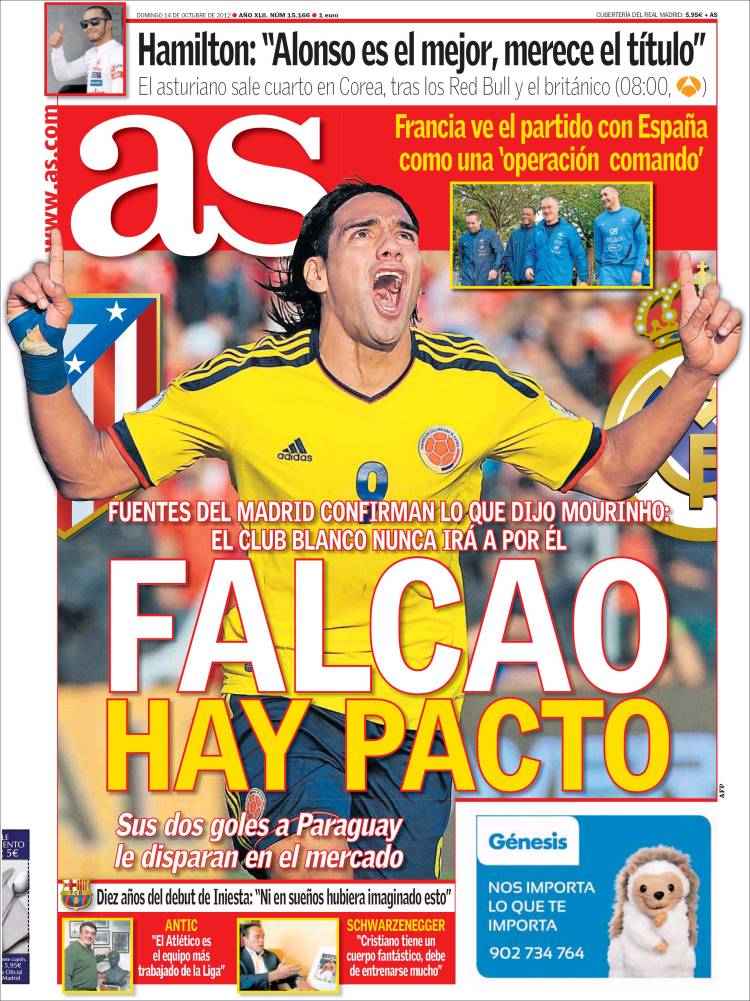 Falcao: there is an agreement

Sources from Madrid confirm what Mourinho said: Los Blancos will never go for him

His two goals against Paraguay fire him into the market

France see the Spain game as a ‘commando operation’

Ten years after his Iniesta’s debut: “Never in my dreams could I have imagined this”

Antic: “Atletico are the most workmanlike team in La Liga”

Schwarzenegger: “Cristiano has a fantastic body, he must train a lot” 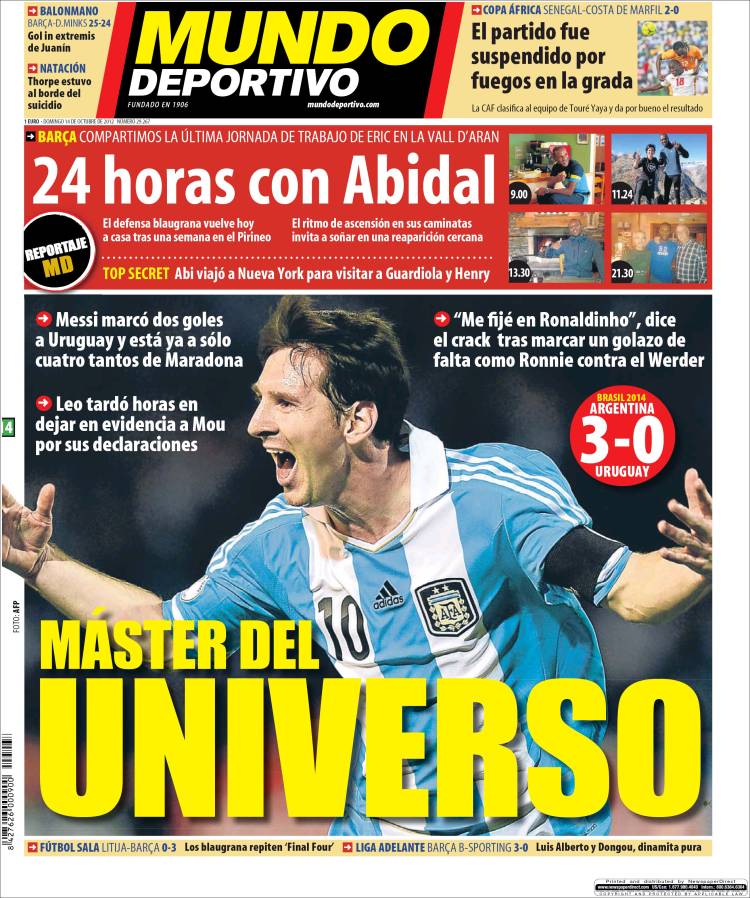 Master of the Universe

24 hours with Abidal: the Blaugrana defender returns home today after a week in the Pyrenees

Abi travelled to New York to visit Guardiola and Henry

Senegal-Ivory Coast: match suspended because of fires in the stands