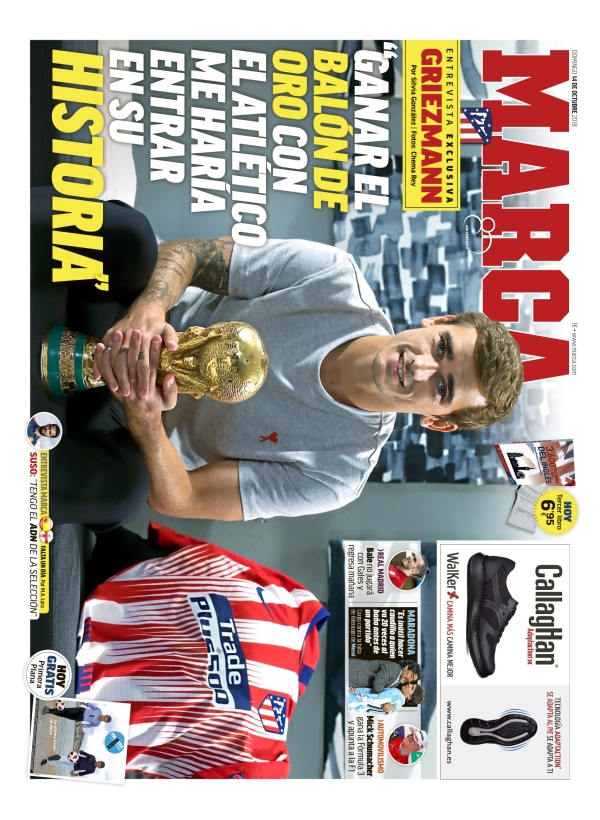 "I'd make history if I won the Ballon d'Or with Atletico"

"I have the national team's DNA"

Bale will not play for Wales and returns tomorrow 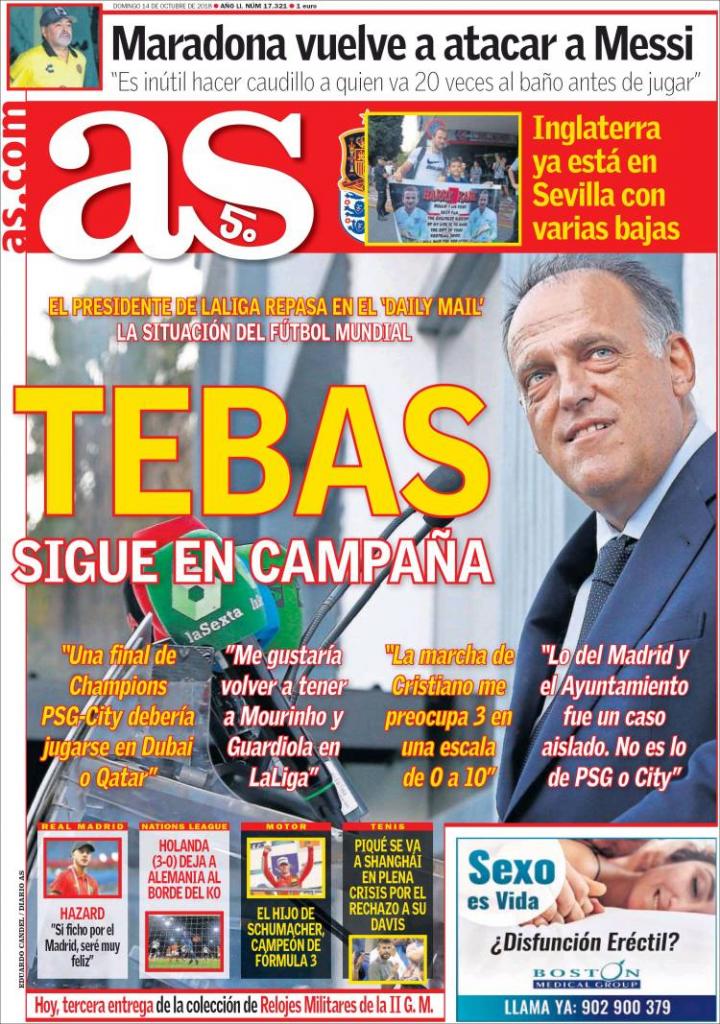 "I'd like to bring Mourinho and Guardiola back to La Liga"

"Madrid's case with the government was something else. It wasn't like PSG or City"

"If I sign for Madrid, I'd be very happy"

Netherlands (3-0) leave Germany on the verge of going out 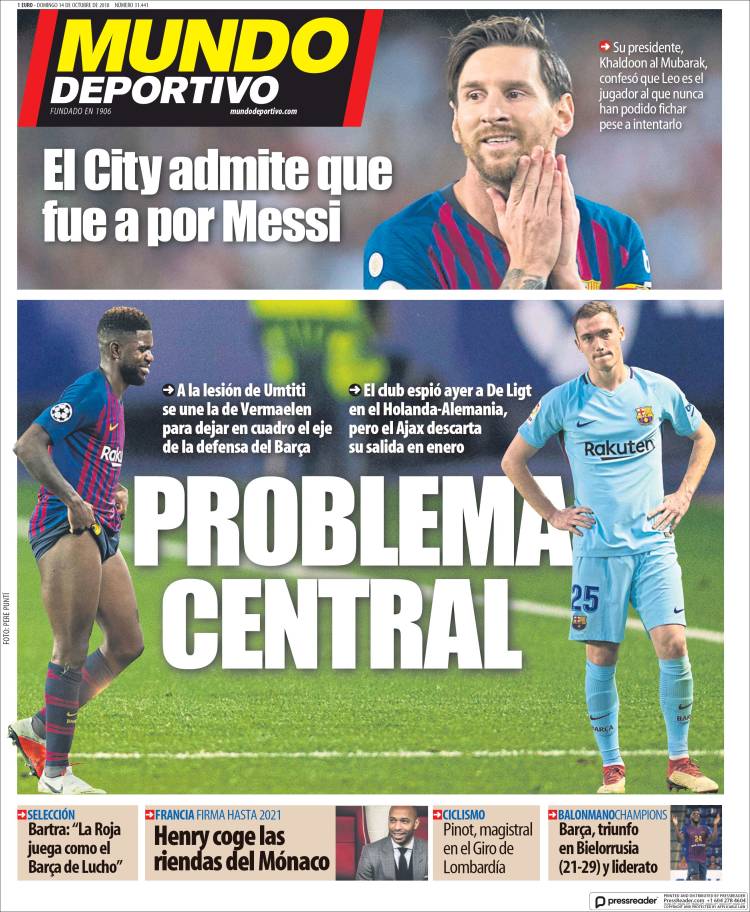 City admit they went for Messi

The club scouted De Ligt during Netherlands-Germany yesterday, but Ajax will not sell him in January

Henry takes over at Monaco