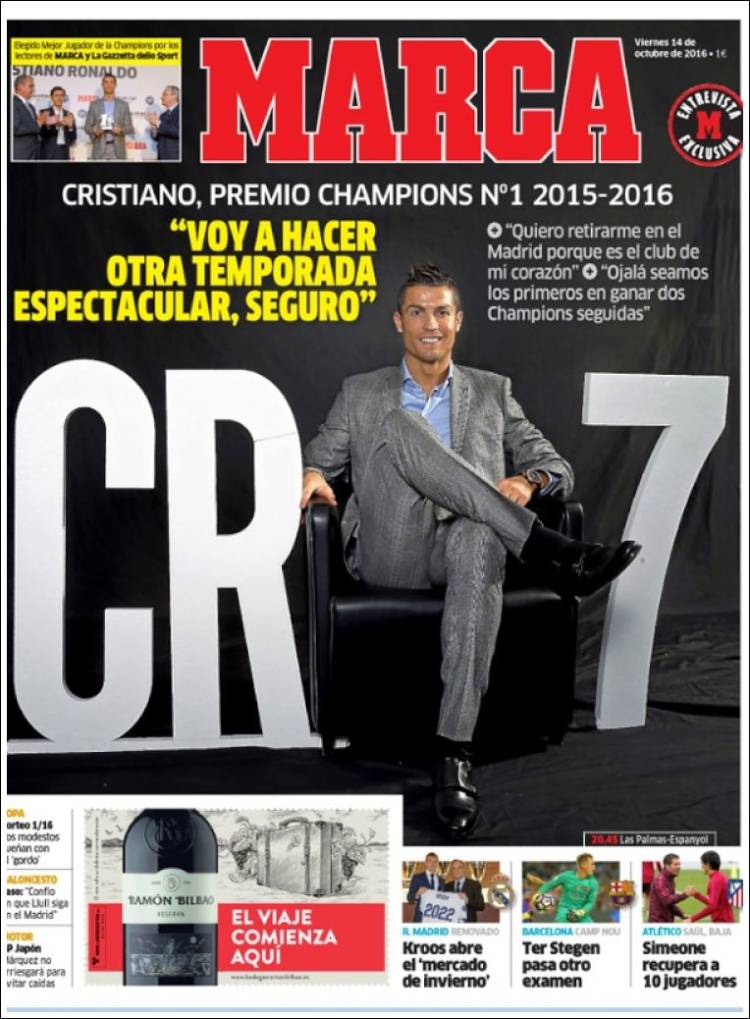 "I want to have another spectacular season" 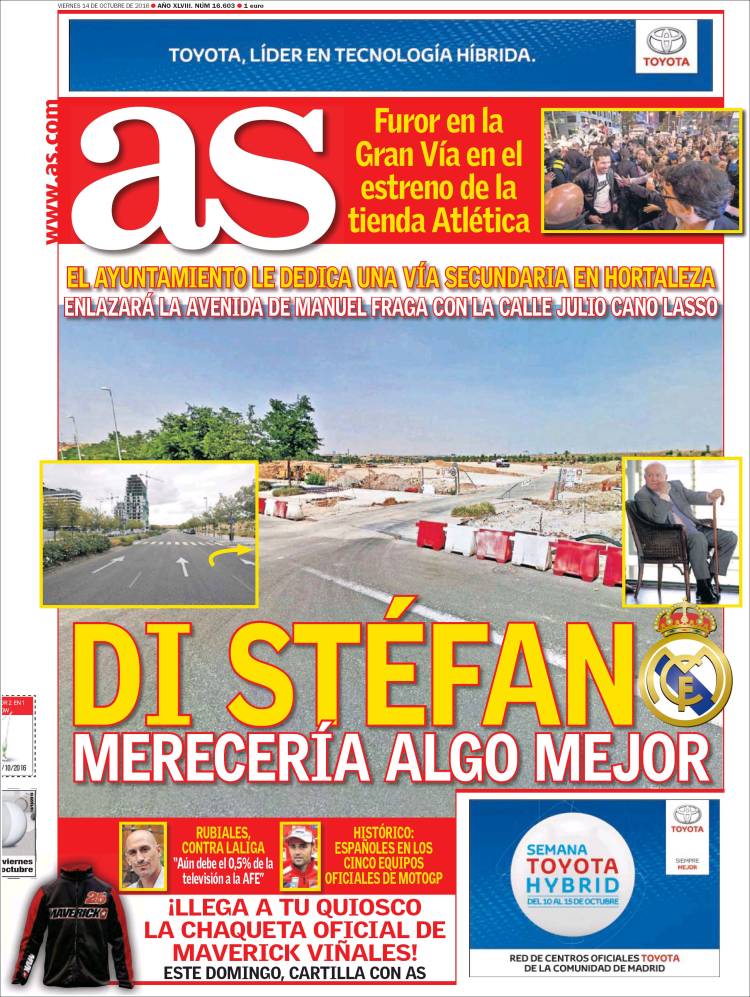 The city council dedicates a secondary route to Hortaleza near Real Madrid city, in his name 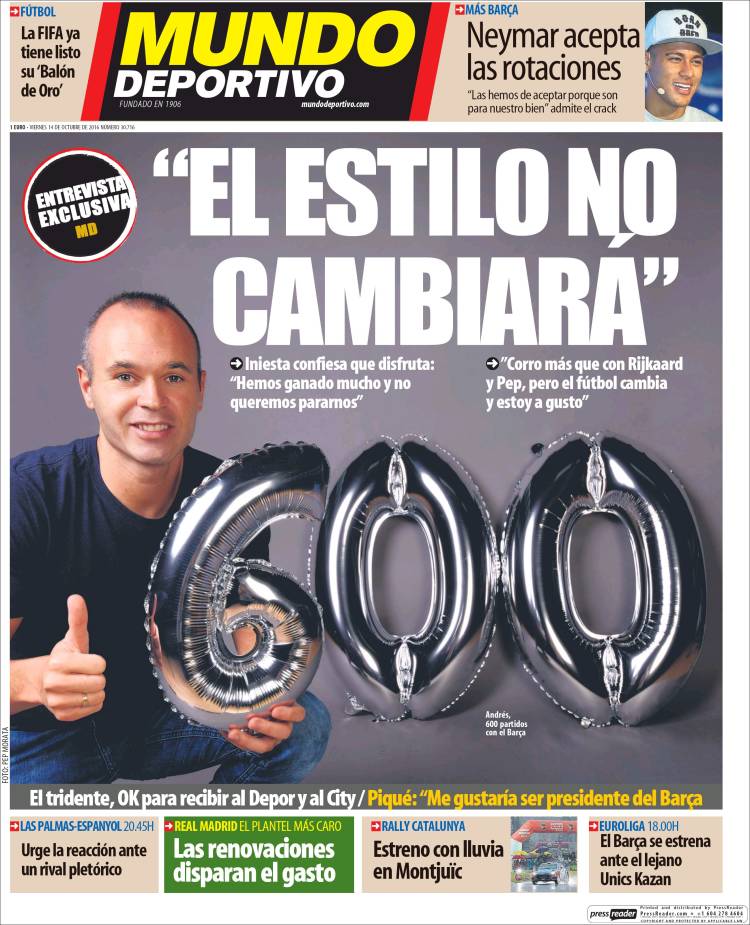 "The style will not change" - Iniesta, 600 matches with Barca

Iniesta confirms he enjoys it: 'We have won a lot and we don't want to stop'

The trident - ok for Depor and City

Pique: 'I would like to be President of Barca'

Real Madrid - the most expensive squad