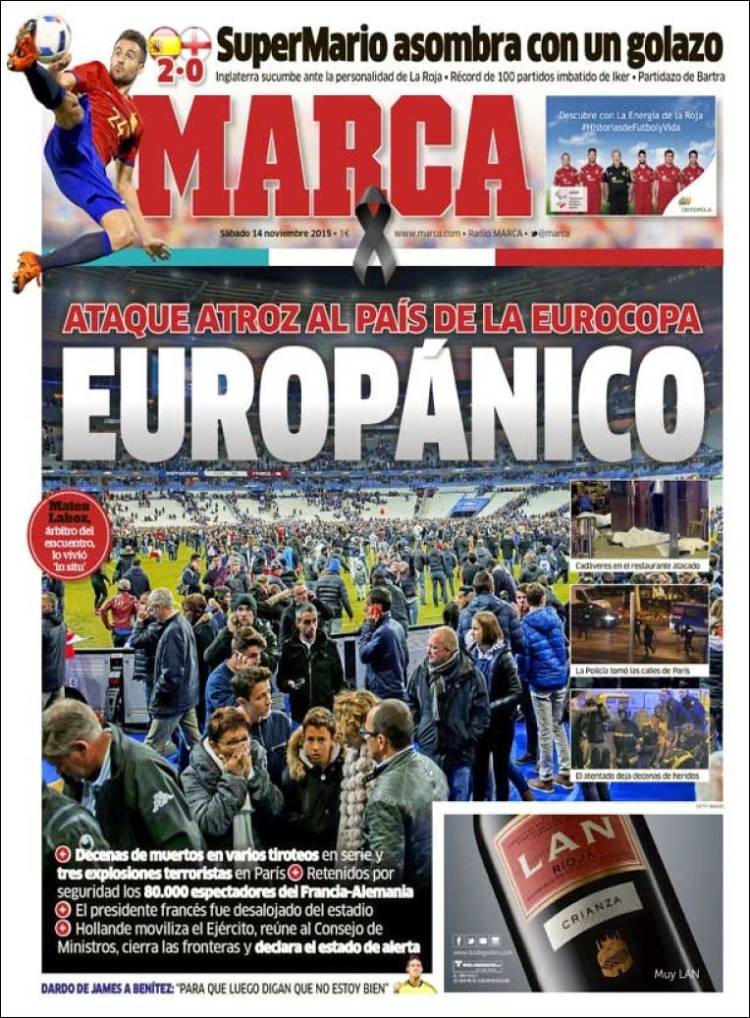 Atrocious attack in the country of the European Championship

Mateu Lahoz, referee for the game, lived it ‘on site’

Dozens dead in multiple shootings and three explosions in Paris

The 80,000 fans of France-Germany retained by security

The President of France evacuated from the stadium

Hollande mobilizes the army, meets the Council of Ministers, closed the borders and declares a state of alert

Super Mario amazes with a golazo

England succumb against the personality of La Roja 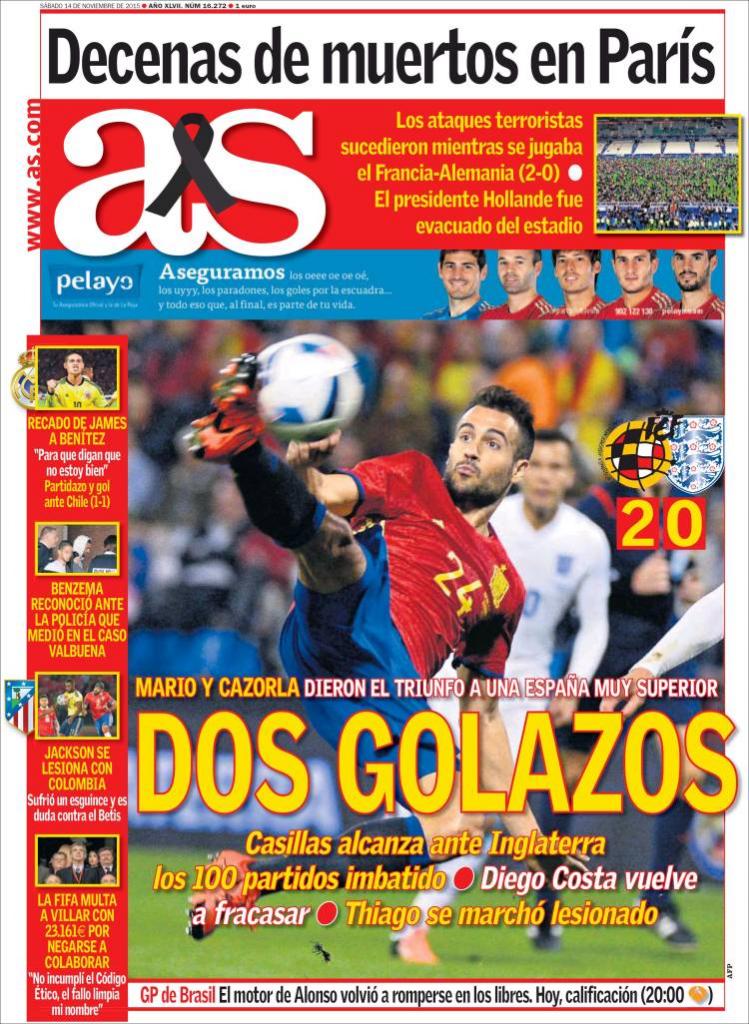 Mario and Cazorla give a victory to a far superior Spain

President Hollande evacuated from the stadium

Message from James to Benitez

Great game and goal against Chile (1-1)

Suffered a sprain and is a doubt against Betis

FIFA fine Villar €23,161 for not collaborating

“I didn’t break the Code of Ethics, the ruling clears my name” 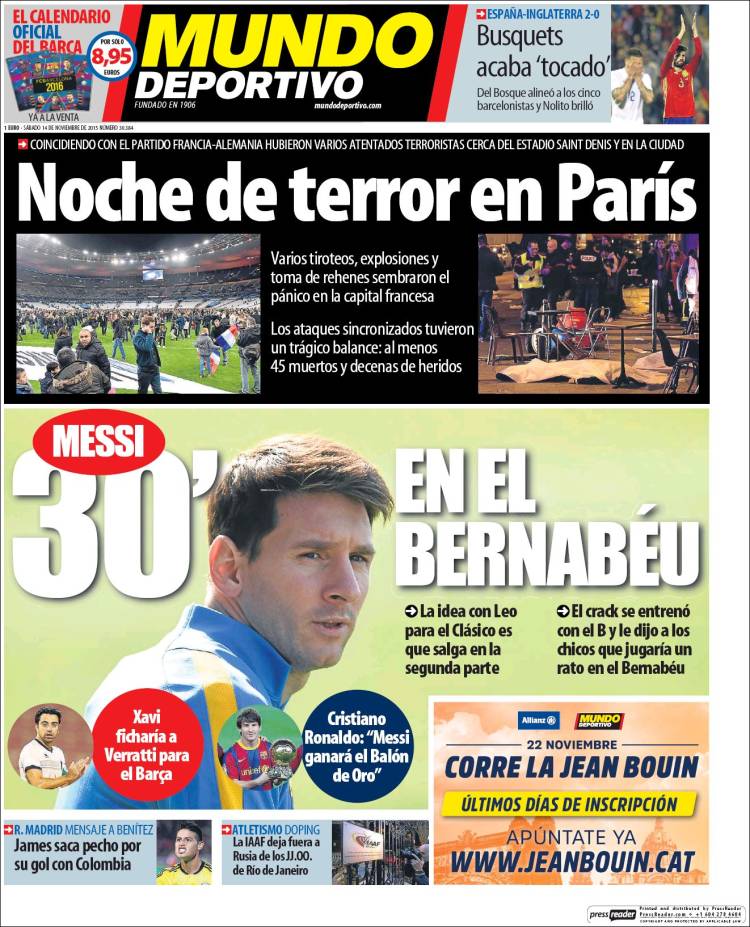 Night of terror in Paris

The synchronised attacks took a tragic toll: at least 45 dead and dozens wounded

30 minutes at the Bernabeu

James chest out with a goal for Colombia