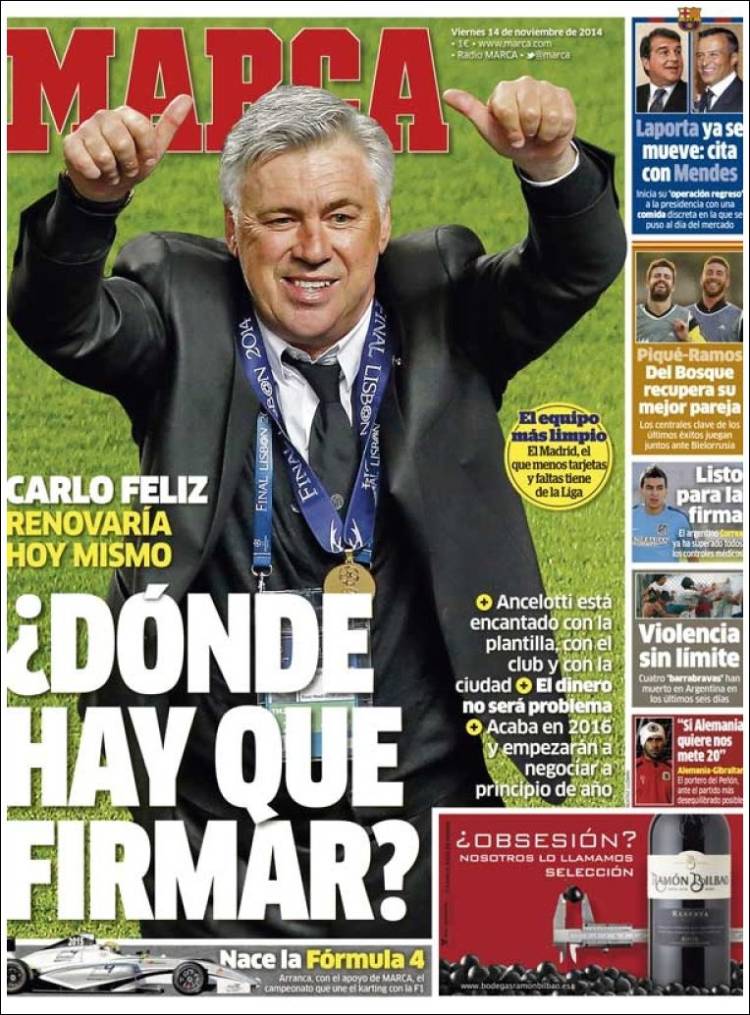 Carlo happy: he will renew right away

Carlo is happy with the squad, with the club, and with the city

Money will not be a problem

The cleanest team: Madrid, the side with less cards and less fouls in the League

Laporta is already moving: an appointment with Mendes

Pique-Ramos: Del Bosque gets back his best pairing

Violence without limits: Four ‘barrabravas’ have died in Argentina in the last six days

Germany-Gibraltar: “If Germany want to they’ll score 20 against us” 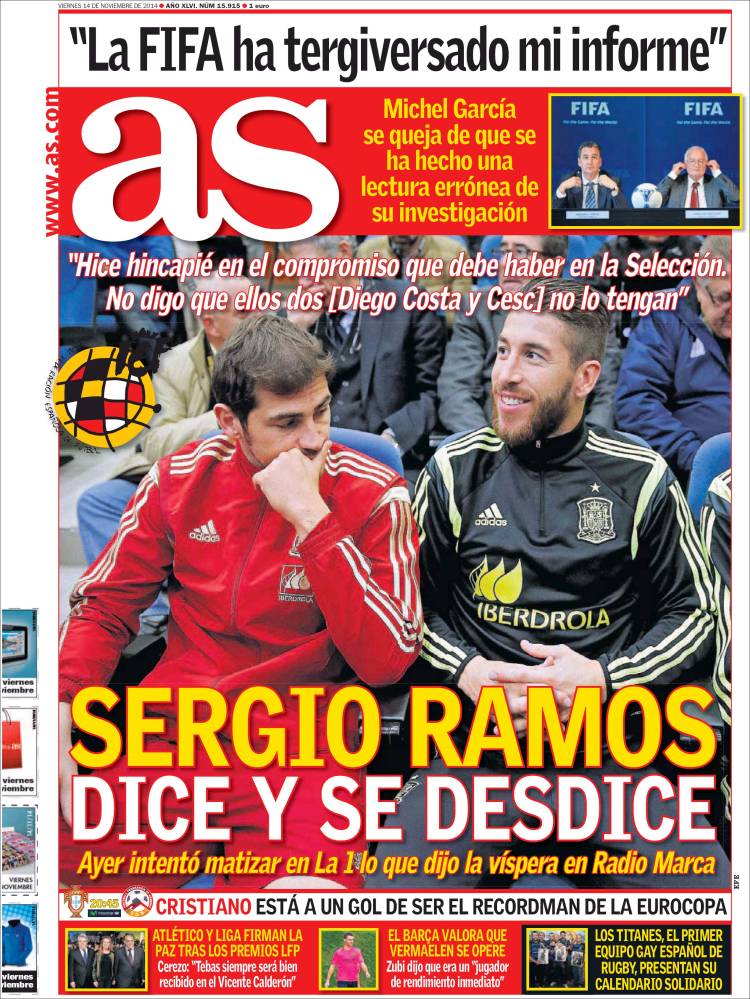 Sergio Ramos speaks then corrects himself

“I insist we must have commitment within the national team. I never said that those two [Diego Costa and Cesc] don’t have it”

“FIFA has distorted my report”

Michael Garcia complains that they have misinterpreted his investigation

Atletico and La Liga make peace after the LFP awards

Cerezo:” Tebas will always be well received at the Vicente Calderon”

Barca evaluate that Vermaelen should be operated upon

Zubi said he was a “player without immediate return” 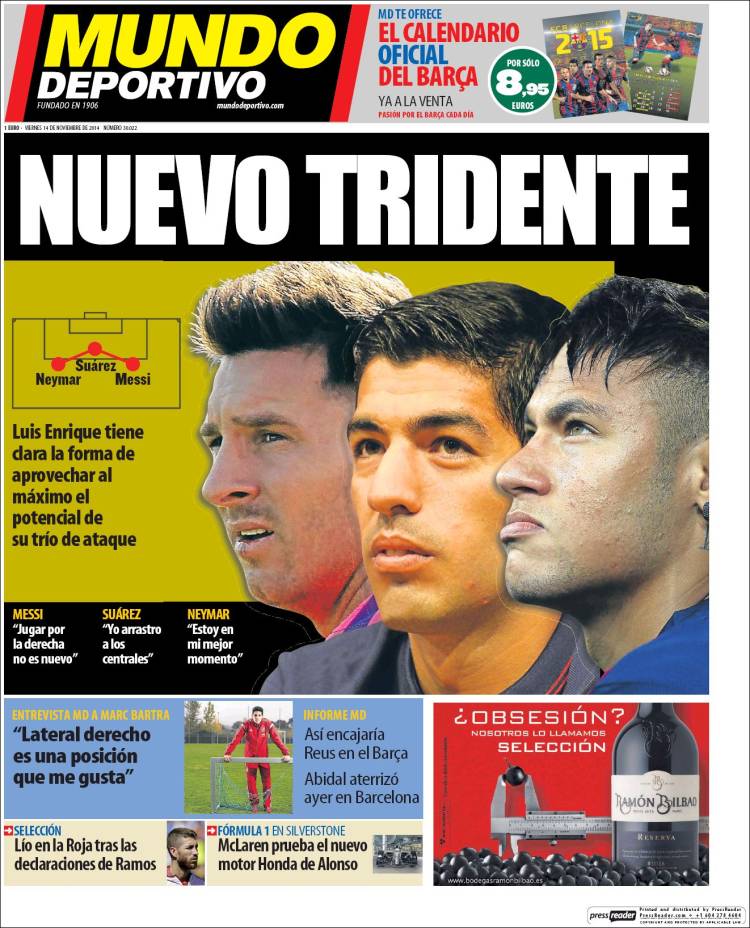 Suarez: “I drag myself towards the central defenders