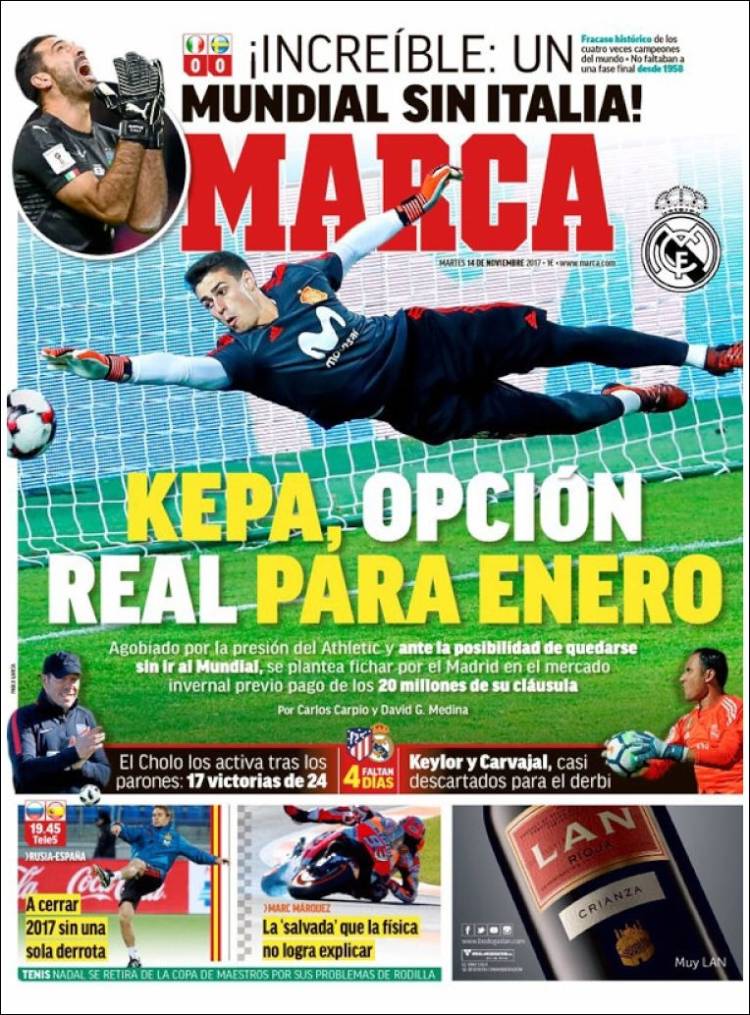 Overwhelmed by the pressure of Athletic Club and the possibility of staying and not going to the World Cup, could join Madrid in January if 20m clause triggered

Simeone with 17 wins in 24 after international breaks, Keylor and Carvajal almost discarded for the derby

Incredible! A World Cup without Italy

Closing 2017 without a single defeat 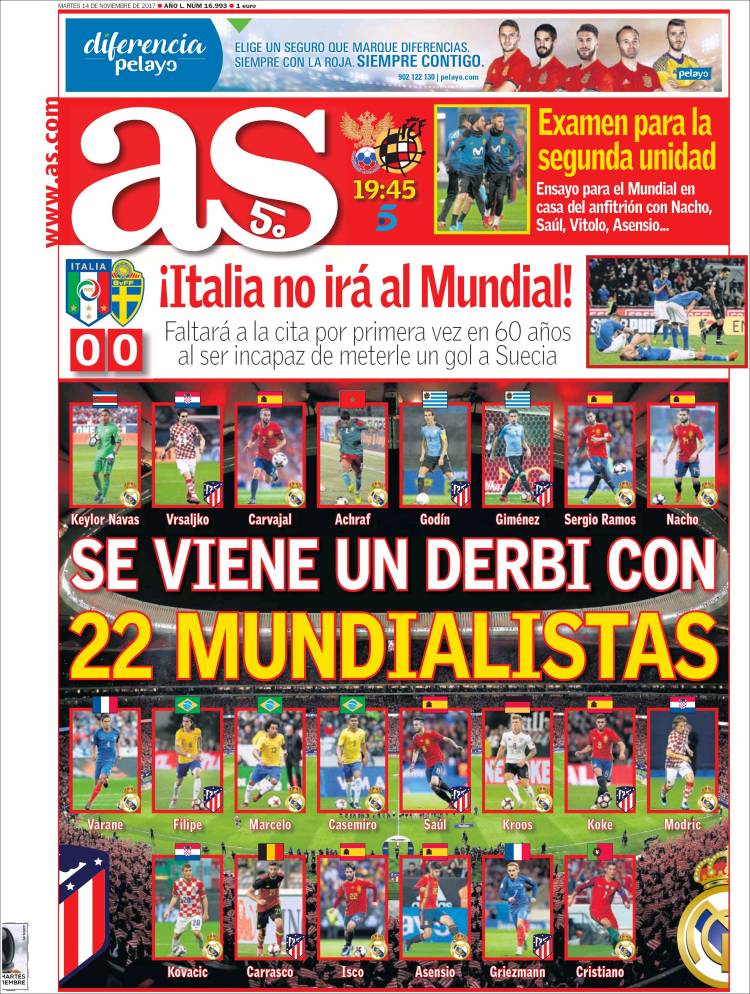 You see a Madrid derby with 22 World Cup players

Test of the second team - Nacho, Saul, Vitolo, Asensio all likely to play 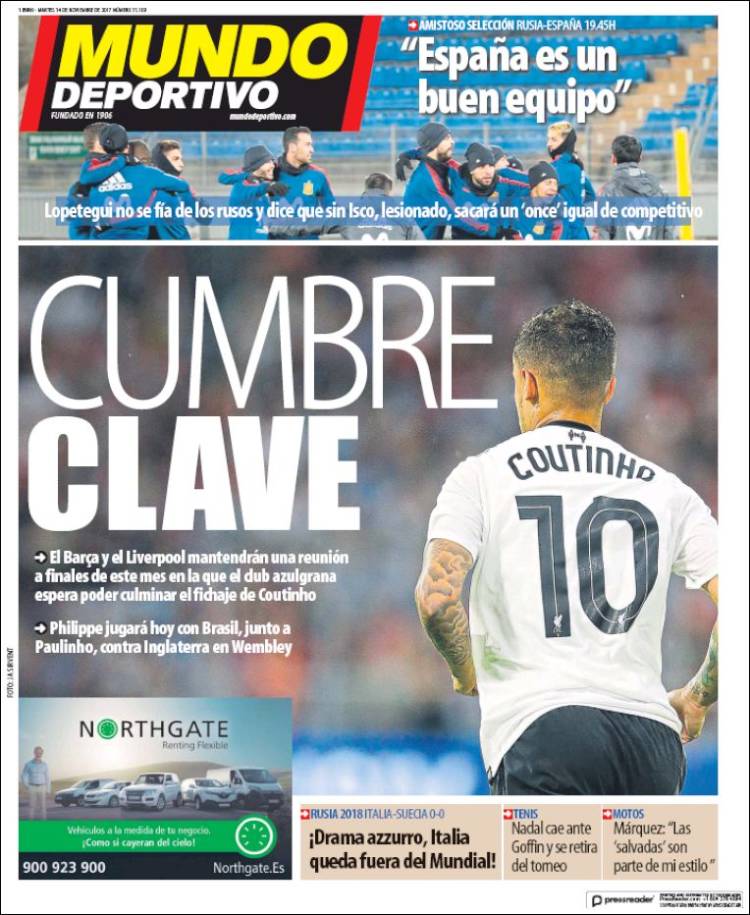 "Spain is a good team"