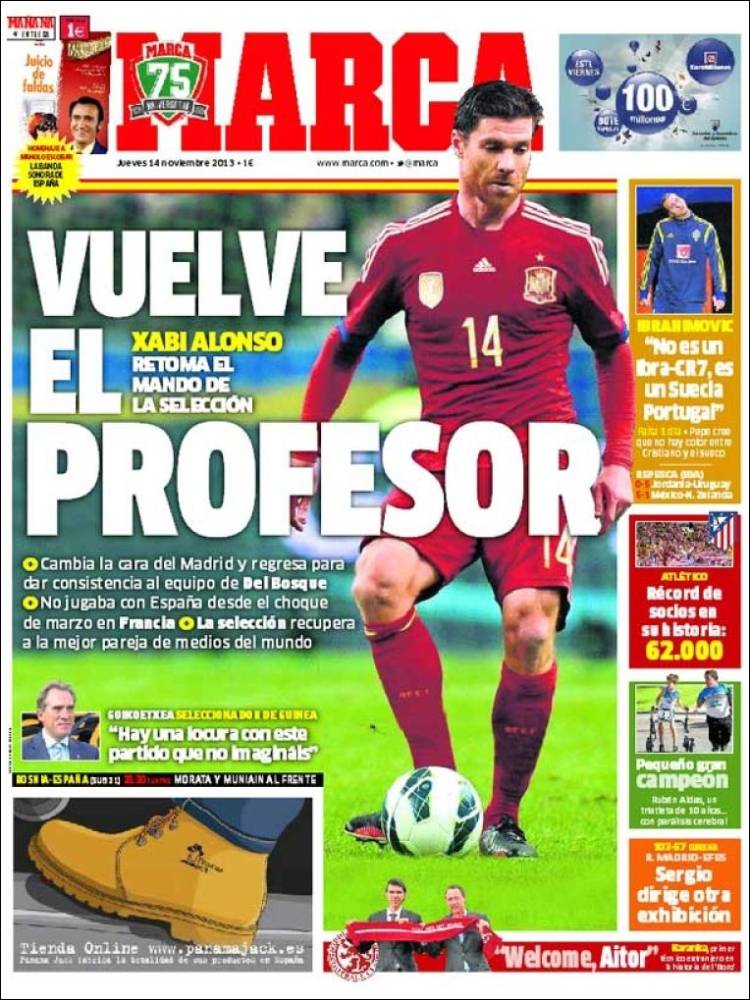 Return of the professor

He has not played for Spain since March

Spain have recovered the best midfield-pairing in the world

Ibrahimovic: "It is not Ibra v CR7, but Sweden versus Portugal" 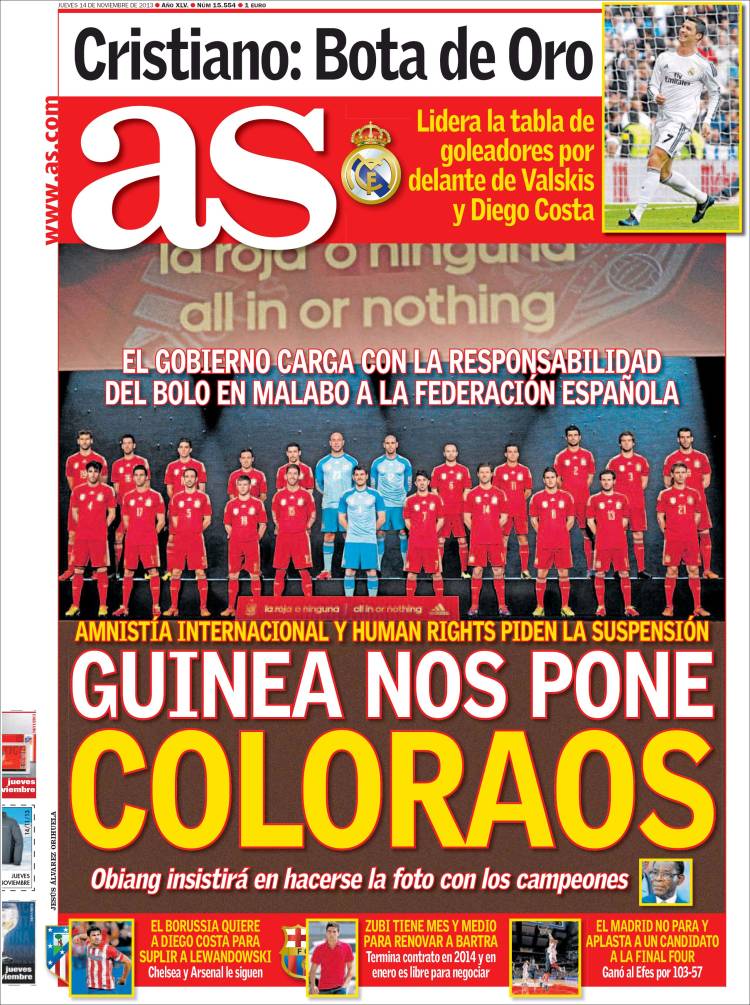 Guinea insist on being pictured with us

Obiang will demand to have his photo taken with the champions

The government takes responsibility for the actions of the Spanish FA

He leads the scoring charts ahead of Valskis and Diego Costa

Borussia Dortmund want Diego Costa as a replacement for Lewandowski

Chelsea and Arsenal are also following him

Zubi has a month and a half to renew Bartra's contract 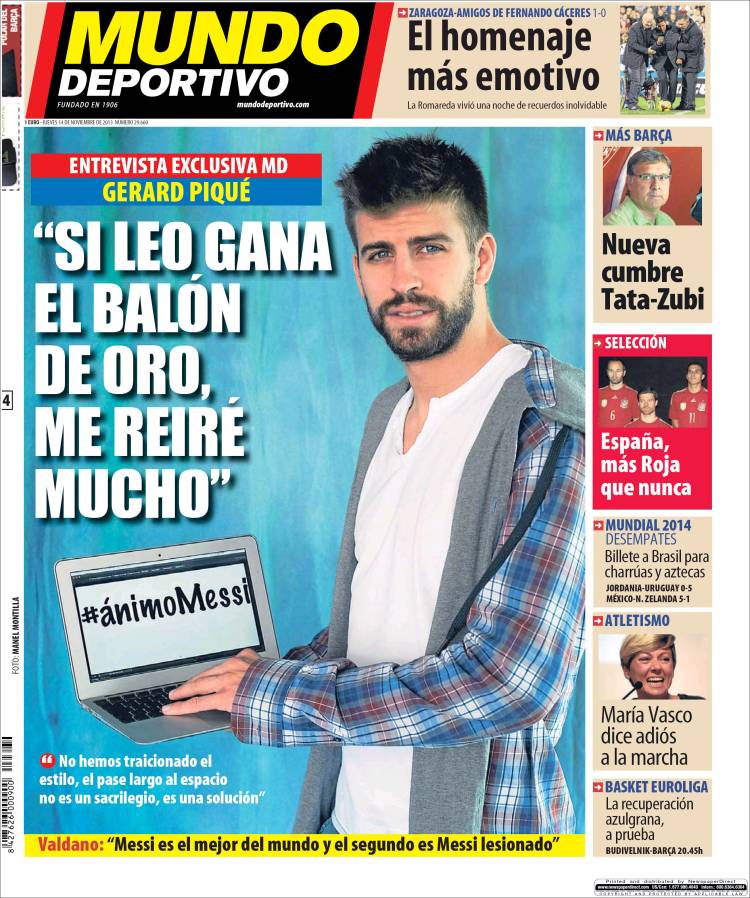 "If Leo wins the Balon d'Or, I will laugh a lot," Pique

"We have betrayed our style, long balls are not sacrilege, they are a solution"

Meeting between Tata and Zubi

Spain, more red than ever

Brazil: Ticket Brazil for the Charruas and Aztecas