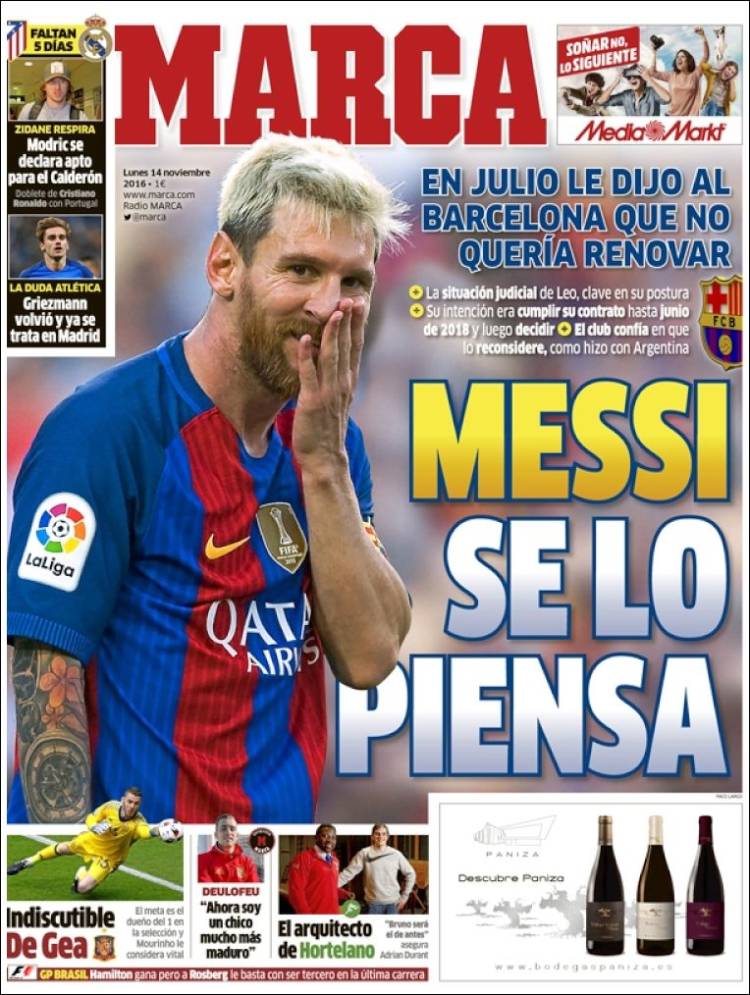 Messi thinks about it

In July Messi said no renewal - tax fraud case is key, wants to fulfil his contract until 2018 and then see, Barca hope he reconsiders like he did with Argentina

5 days left - Zidane breaths, Modric declares himself fit for the derby and Cristiano scores 2 with Portugal

Doubt for Atletico - Griezmann already being treated in Madrid

Indisputable De Gea - now the number one for Spain, Mourinho considers him vital

Deulofeu: Now I am much more mature 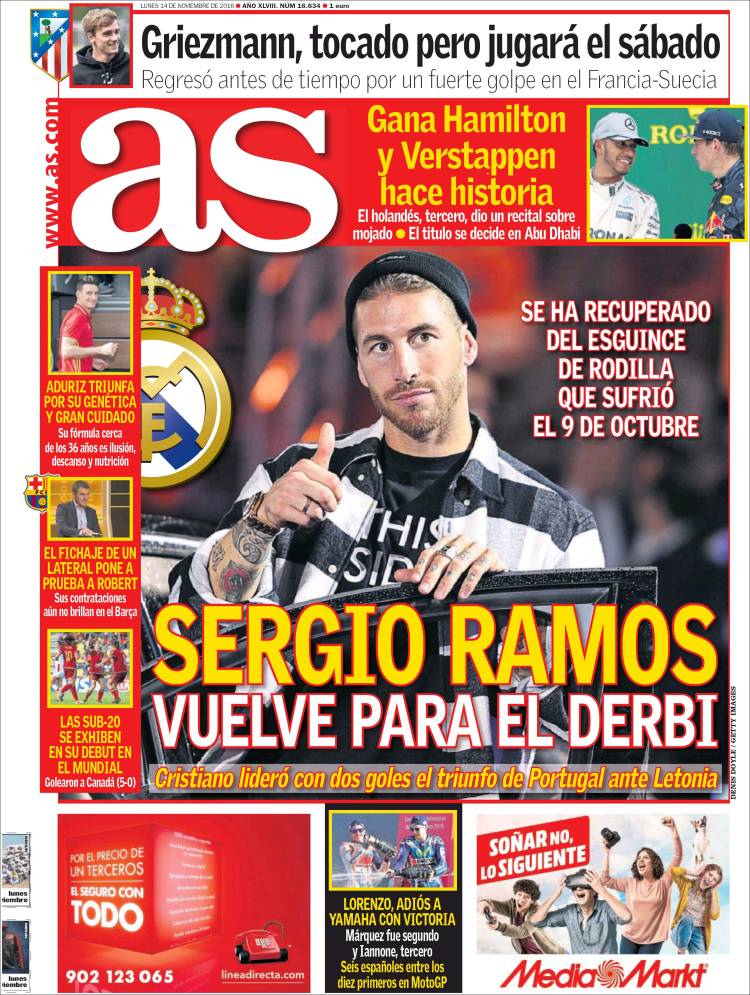 Sergio Ramos returns for the derby

He has recovered from the knee strain sustained on 9 October

Griezmann - injured but will play on Saturday

The signing of a full back tests Robert 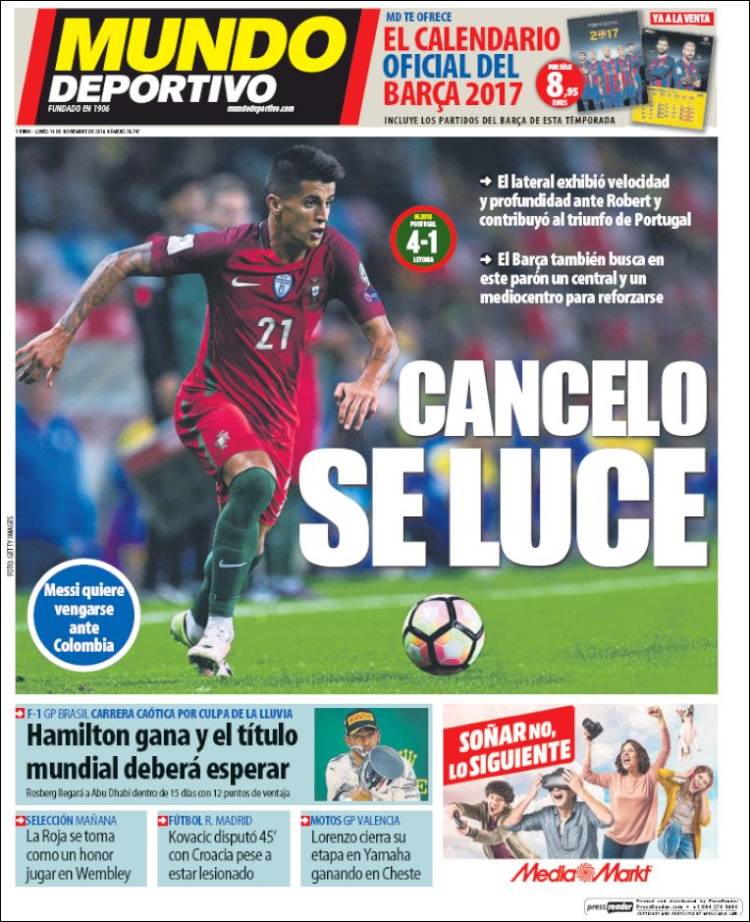 Messi wants to get revenge against Colombia

Spain prepare for honour of playing in Wembley