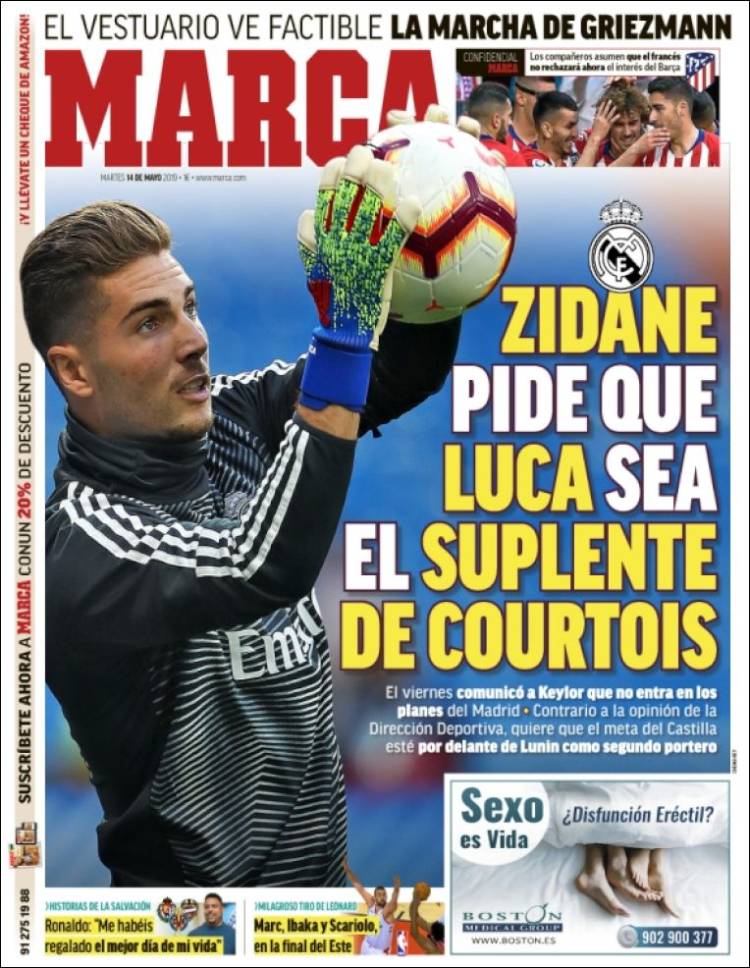 Zidane asks that Luca is the replacement for Courtois

Have already told Keylor over his future, others in Castilla want Lunin as backup goalkeeper 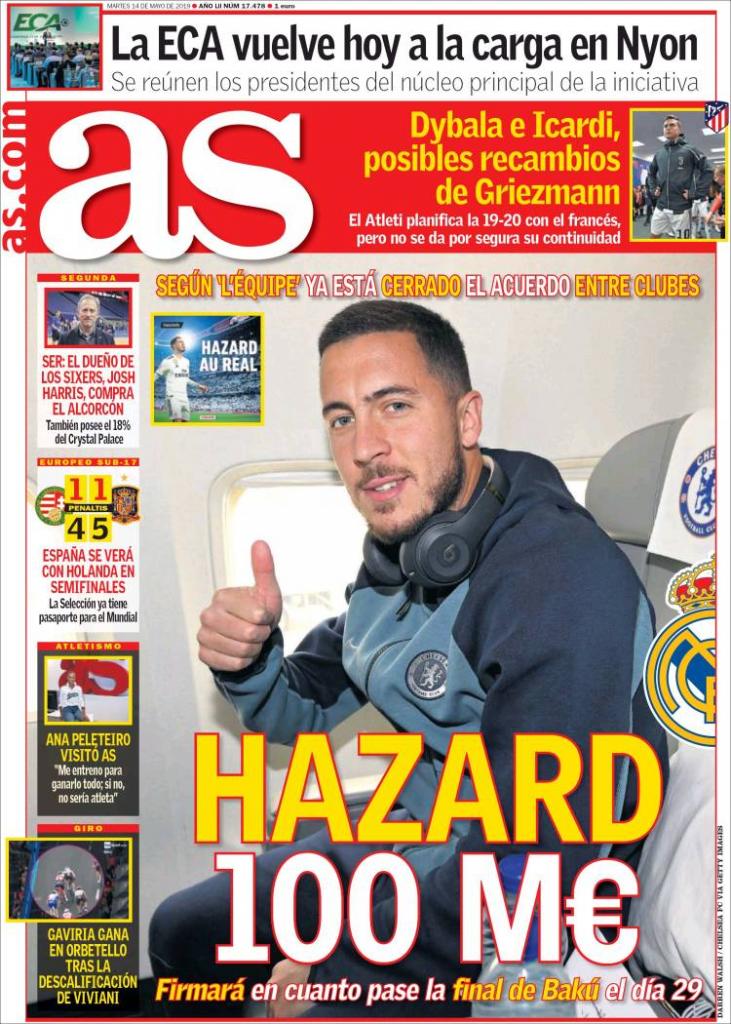 Signing to be confirmed after Europa League final on 29 May, say L'Equipe, with agreement closed between clubs 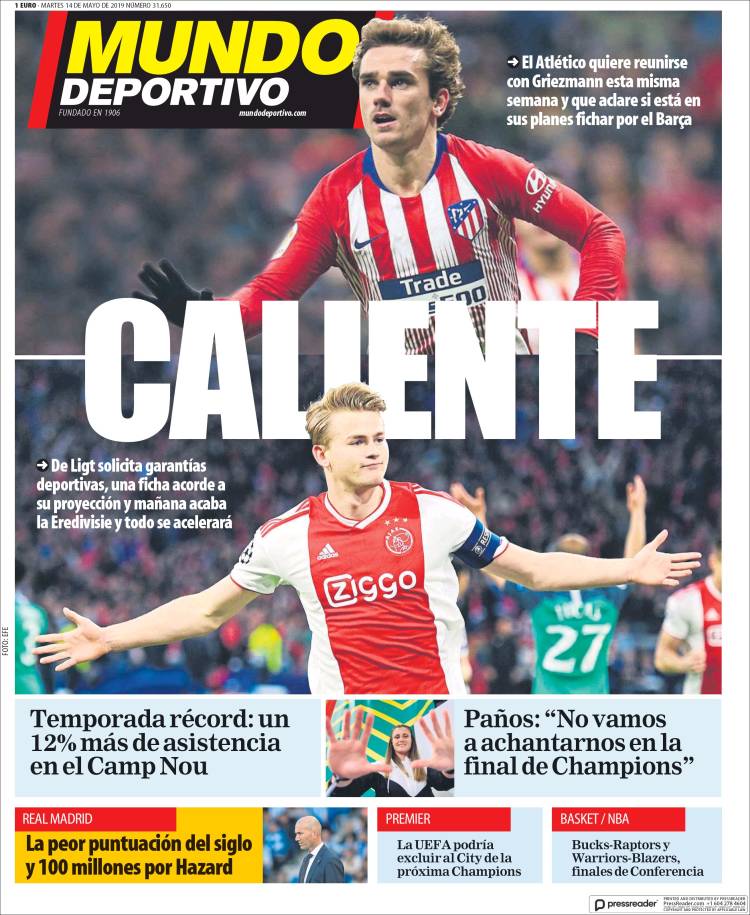 The worst punctuation of the century and 100m for Hazard