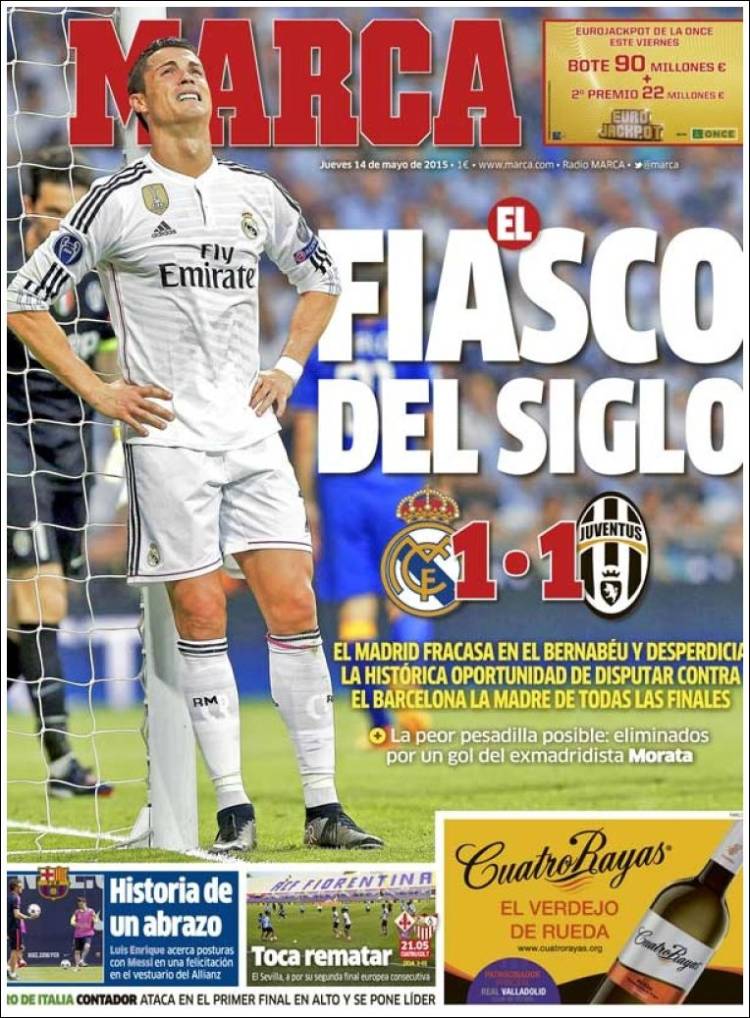 The debacle of the century

The story of a hug. Luis Enrique gets closer to Messi with his congratulations in the Allianz dressing room

To kill them off: Sevilla going for their second consecutive European final 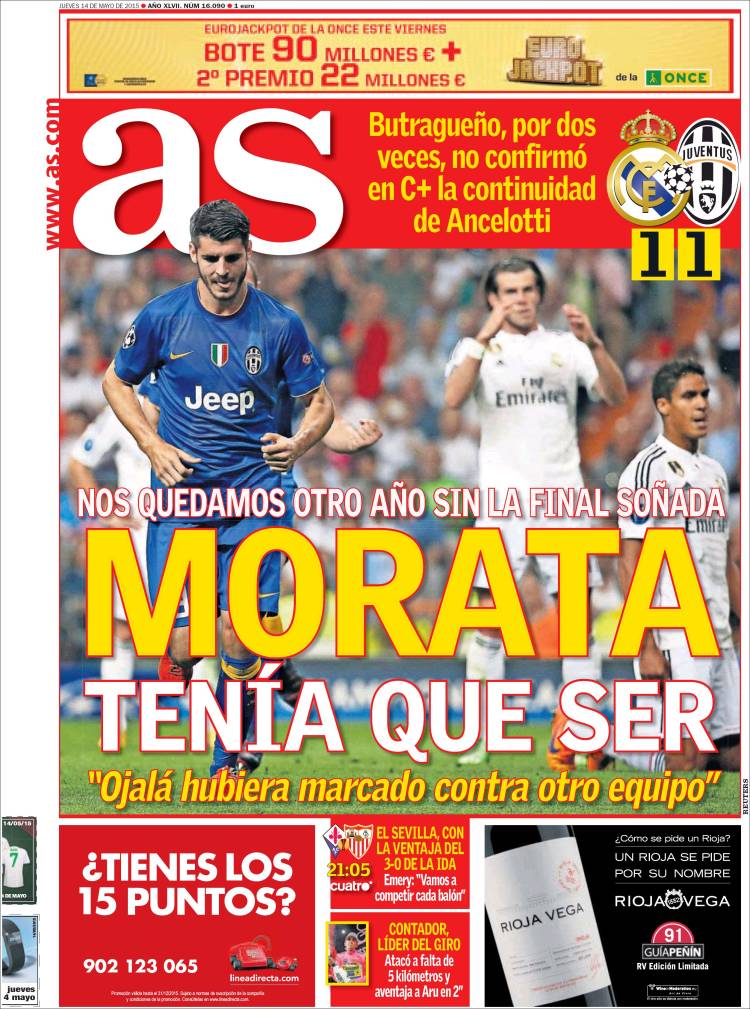 It had to be Morata

We are left another year without the dream final

“Hopefully I would have scored against another team”

Butragueno, for the second time, would not confirm Ancelotti’s continuity to Canal Plus

Sevilla with the 3-0 advantage from the first leg

Emery: “We’ll compete for every ball” 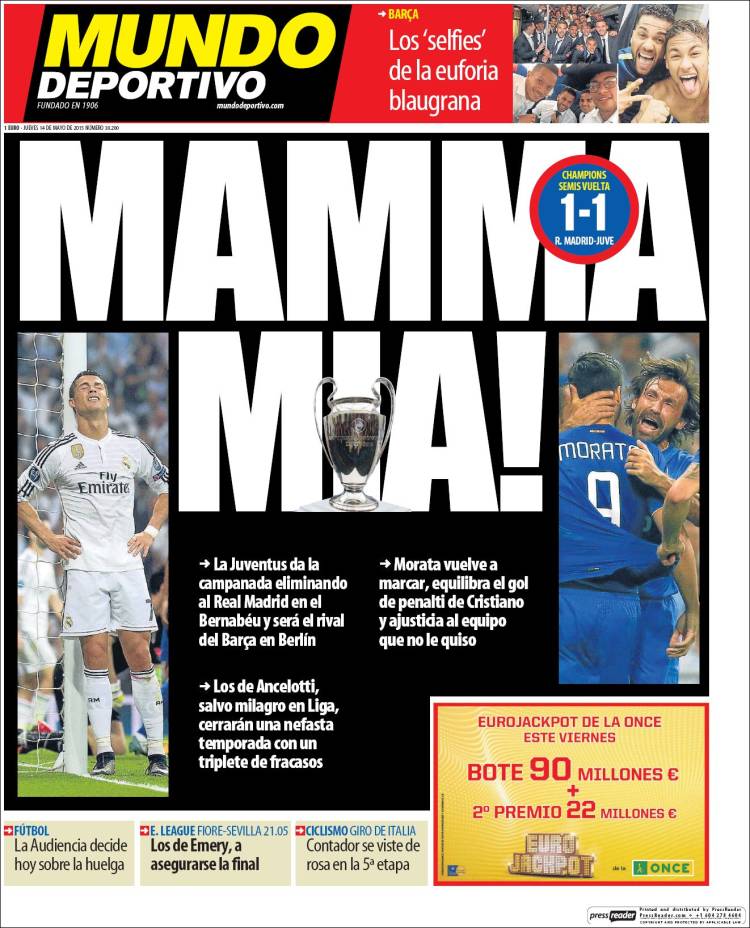 Juventus ring the bell, eliminate Real Madrid at the Bernabeu, and will be Barca’s opponents in Berlin

Morata scores again, equalises Cristiano’s penalty, and knocks out a team that didn’t want it

Ancelotti’s men, except for a miracle in La Liga, will end a dire season with a triple failure

The Blaugrana ‘selfies’ of euphoria

The court decides on the strike today