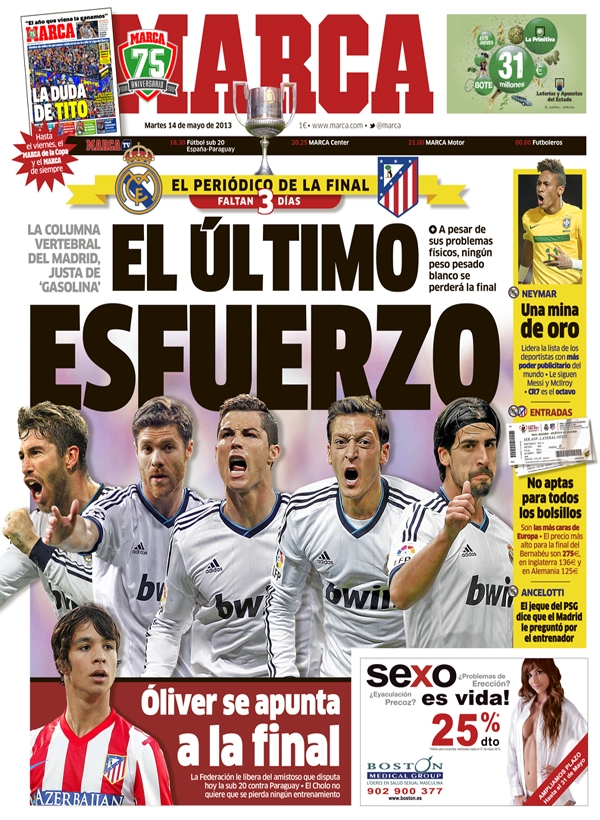 The spine of Madrid have enough 'gas'

Despite their physical problems, not one Blanco will miss the final

Oliver to play in the final

El Cholo does not want him to loss one training session

Neymar: A gold mine

Behind him is Messi and McIlroy, CR7 is eighth

Tickets, not for everyone

They are the most expensive tickets in Europe

The price for basic seats at the final is 275€

Ancelotti: The PSG chief says that Madrid have asked about their trainer 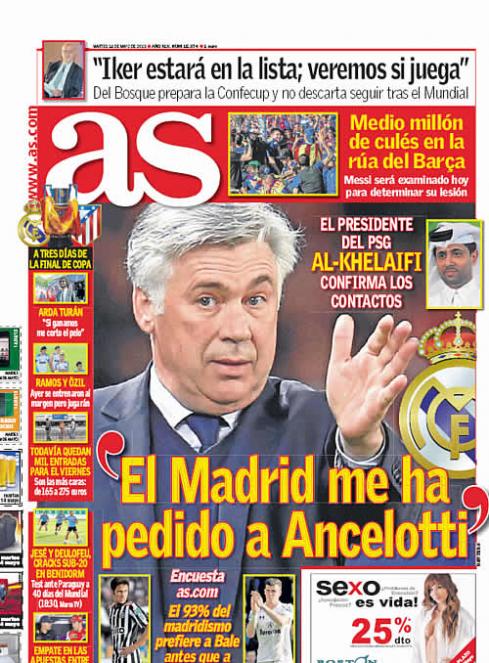 "Madrid have asked me for Ancelotti,"PSG chief

Half a million Cules on the streets of Barca

Del Bosque: "Iker will be in the squad: we will see if he plays"

Three days to the final

Arda Turan: "If we win I will cut my hair"

Ramos and Ozil: Yesterday they trained but they are still doubtful

There are still a thousand tickets for Friday

Jese and Deulofei, the stars for the Under 20's in Benidorm

A draw in the betting houses between Alonso and Vettel

Raikkonen, is the third favourite 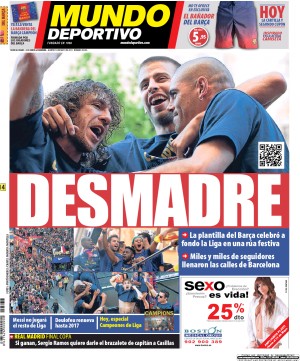 The team celebrated their title in the streets

Thousands and thousands of fans filled the streets of Barcelona

Messi will not play for the rest of the season

Real Madrid: If they win, Sergio Ramos wants to give the captain's armband to Casillas