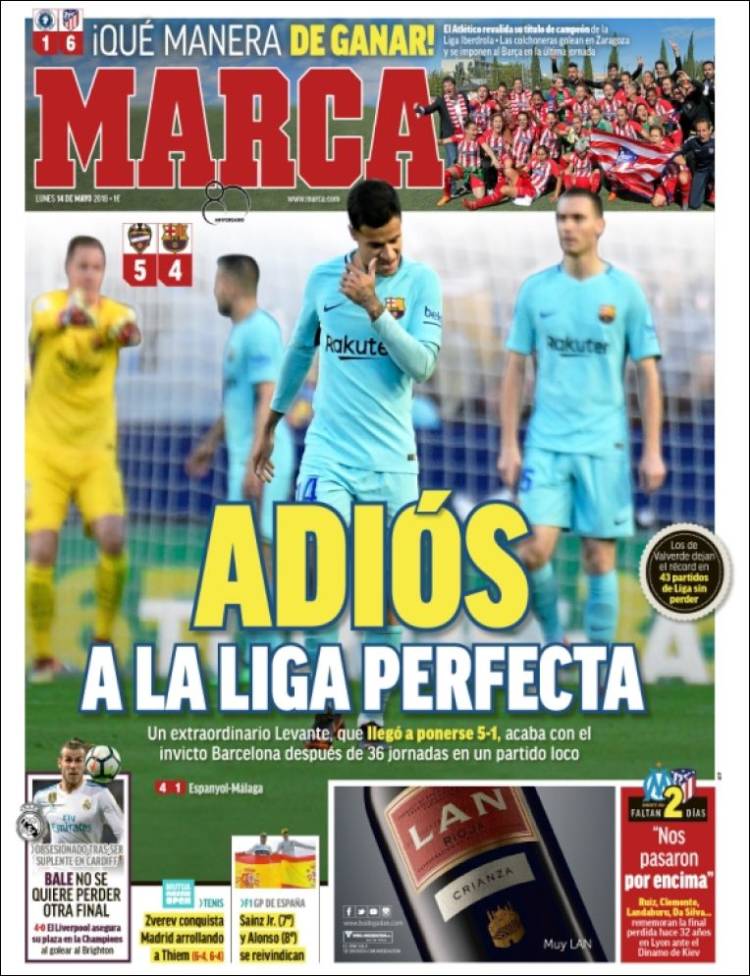 Goodbye to the perfect league

An extraordinary Levante, who were 5-1 ahead, end Barcelona’s unbeaten run in week 36 in a crazy match

Valverde’s men leave the record at 43 games without losing

What a way to win!

Bale does not want to miss another final

Obsessed after being a substitute in Cardiff

Liverpool assure their place in the Champions League after beating Brighton 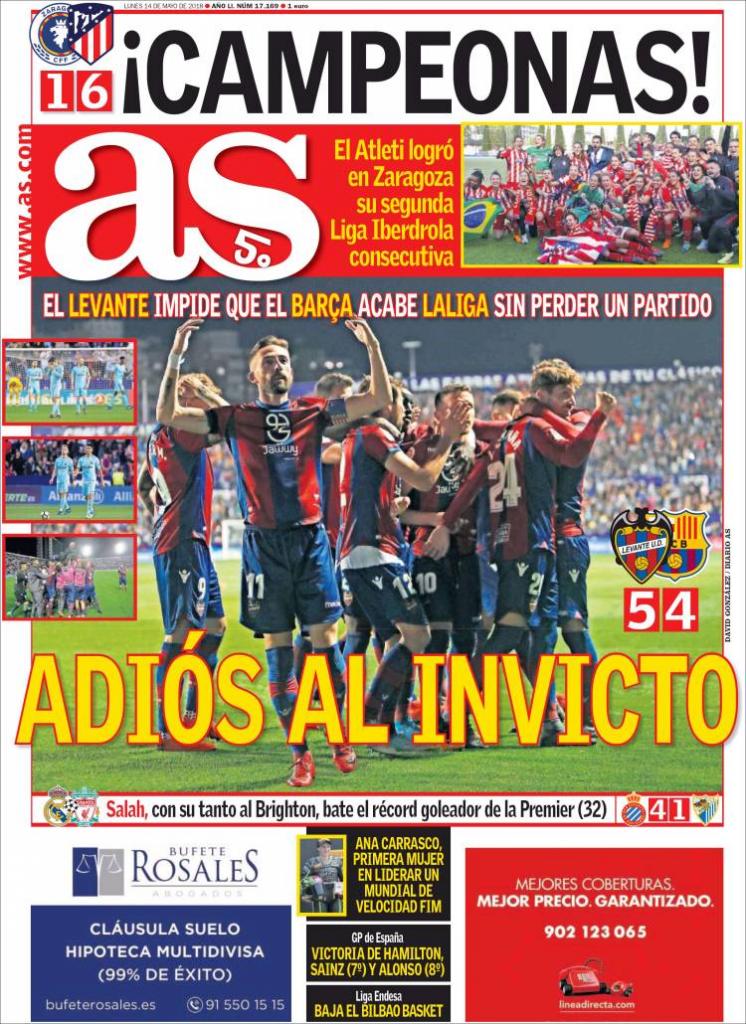 Goodbye to the unbeaten run

Levante stop Barca from winning the league without losing a game

Salah, with his goal against Brighton, beats the Premier League record (32) 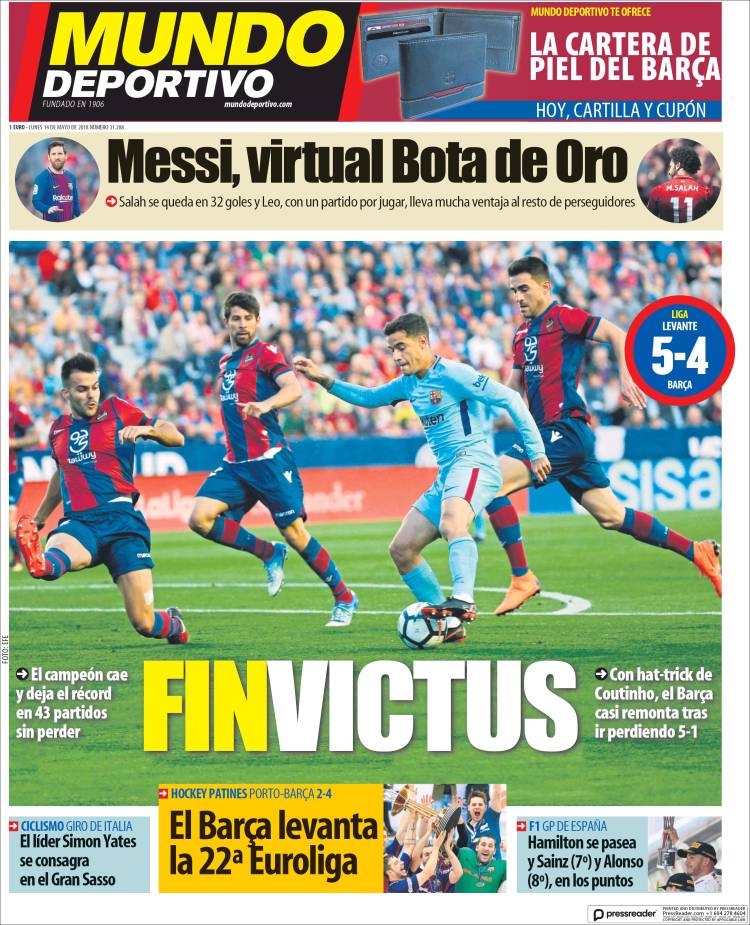 End of the unbeaten run

Salah is on 32 goals and Leo, with a game to play, has the advantage over the rest

With Coutinho’s hat-trick, Barca almost come back after being 5-1 down