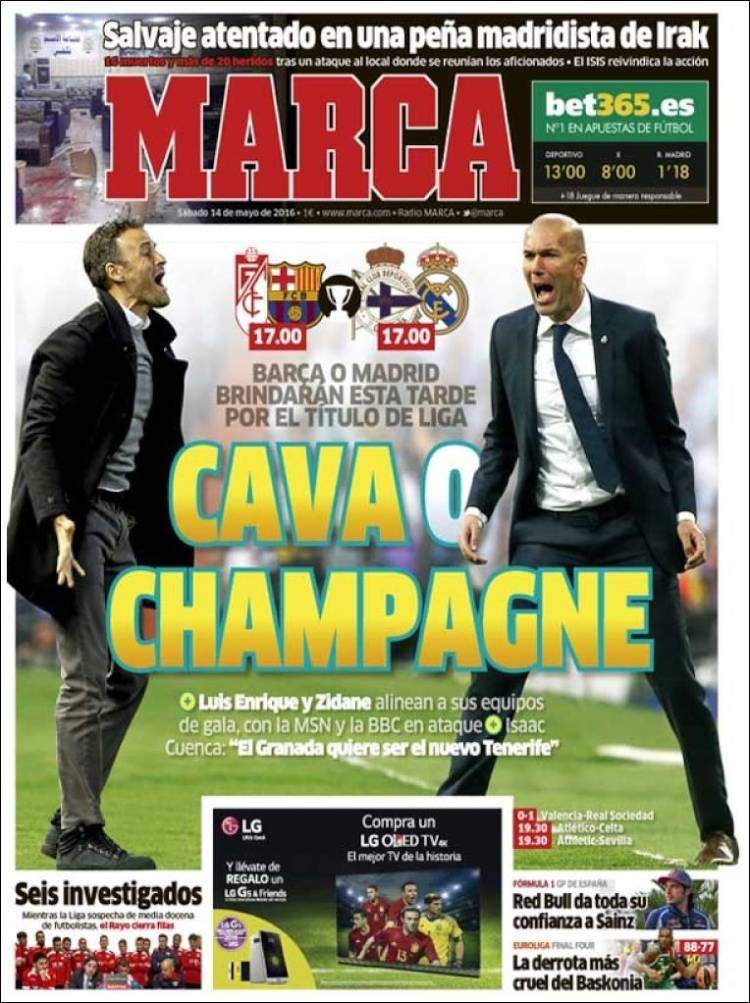 Barca or Madrid will go for the League title this afternoon

Zidane and Luis Enrique have already named their teams, with ‘MSN’ and ‘BBC’ in their respective attacks

Isaac Cuenca: “Granada want to be the new Tenerife”

While the League suspects half a dozen players, Rayo close their youth ranks

Savage bombing of a Madrid clubhouse in Iraq 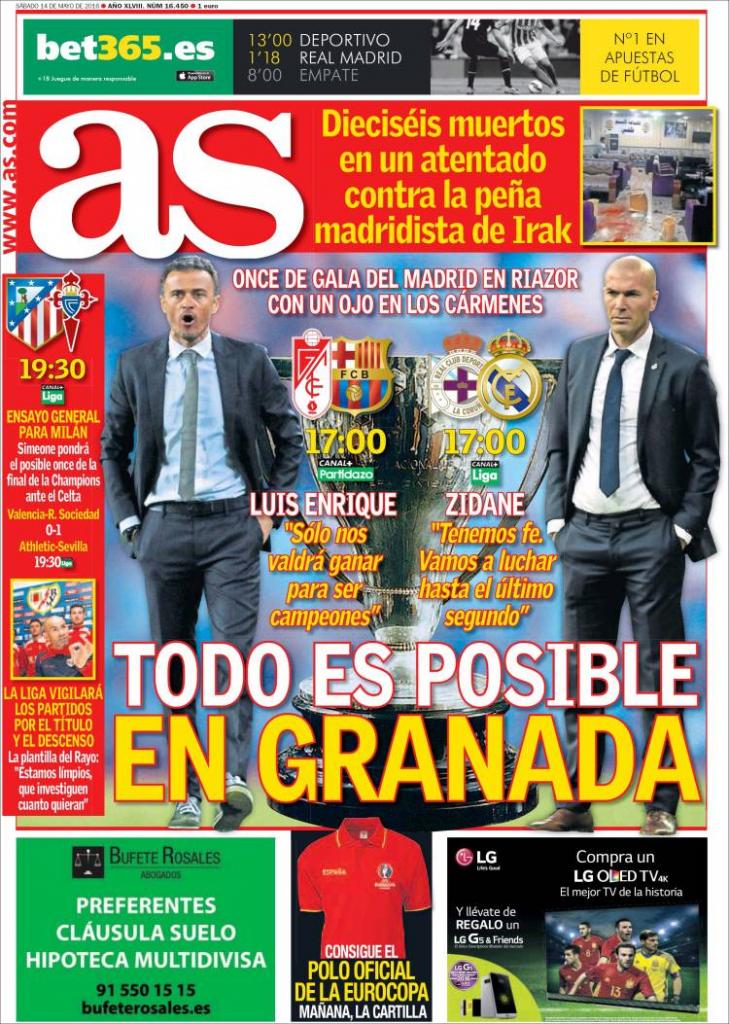 Everything is possible in Granada

Madrid will name an XI of gala proportions at Riazor, with one eye on Los Carmenes

Luis Enrique: “We’re only thinking about winning to become champions”

Zidane: “We have faith. We’ll fight until the last second”

Sixteen dead in an attack on a Madrid clubhouse in Iraq

Simeone could play his Champions League final XI against Celta

La Liga will monitor matches for the title and relegation

Rayo squad: “We’re clean, they can investigate all they want” 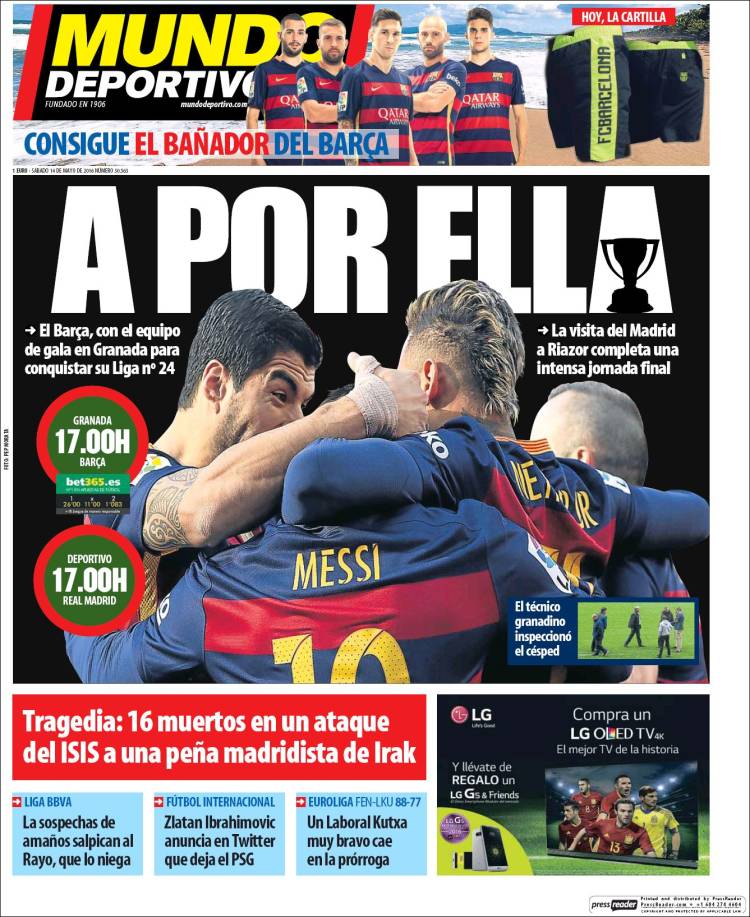 Madrid’s trip to Riazor rounds off an intense final day

Tragedy: 16 dead in an ISIS attack on a Madrid clubhouse in Iraq

Zlatan Ibrahimovic announces on Twitter that he will leave PSG