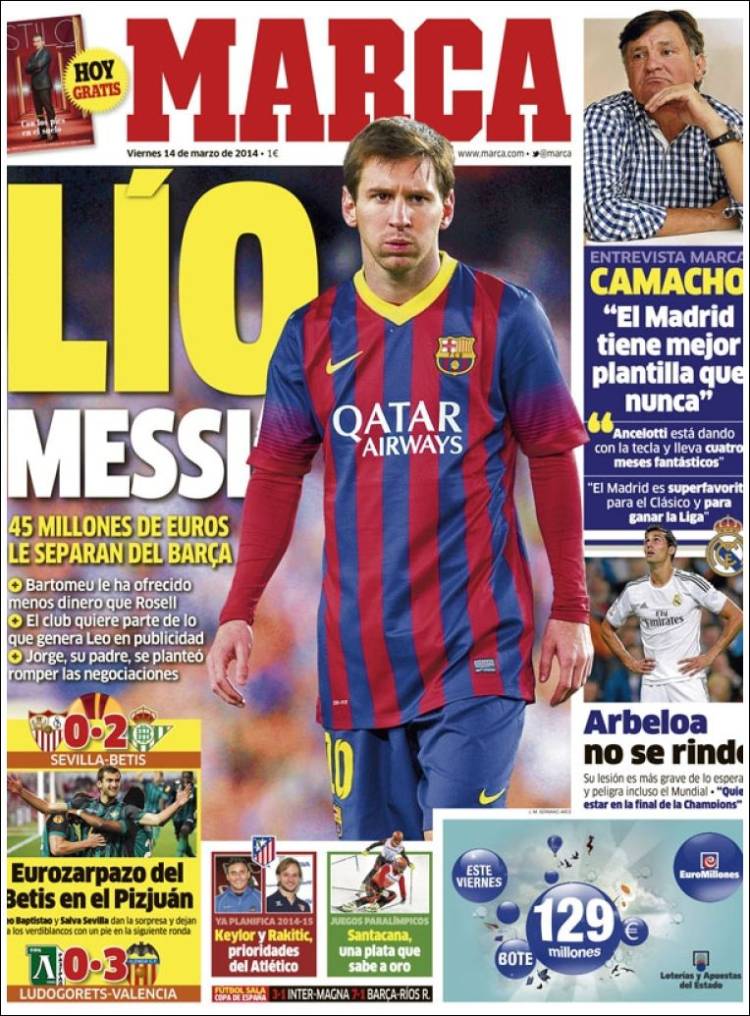 €45m separate him and Barca

Bartomeu has offered him less money than Rosell

The club want to part of his personal marketing rights

What a night for Betis at the Pizjuan

Keylor and Rakitic, priorities for Atletico

Interview with Camacho: "Madrid have the best team ever"

"Ancelotti is doing just great, the last four months have been great"

Arbeloa is not giving up 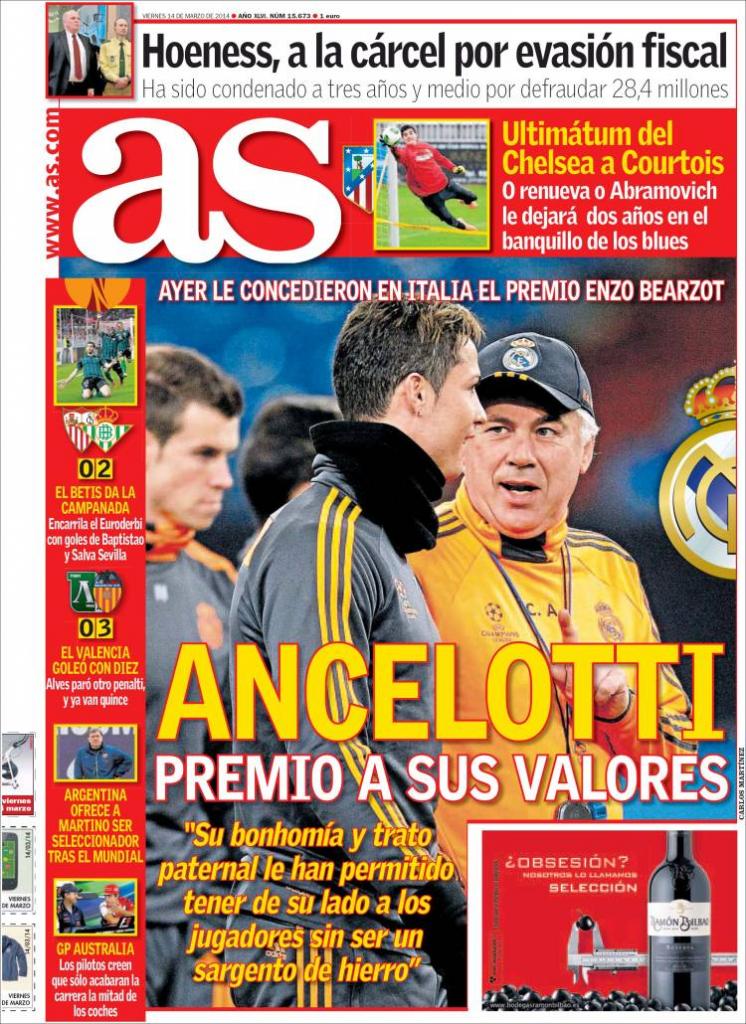 Ancelotti wins the award for his values

Hoeness is going to jail for tax evasion

He has been sentenced to three years and a half for defrauding the tax office up to €28.4m

Ultimatum from Chelsea to Courtois

Betis put on a show

Valencia open up to win three-nil 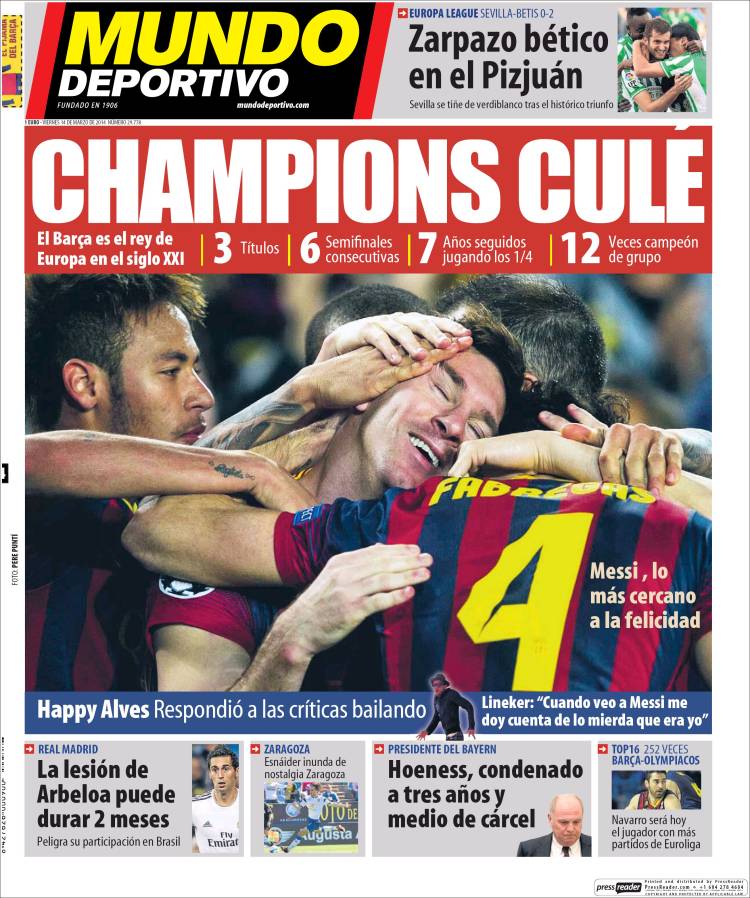 Barca is the King of Europe of this century

Three titles, six semi-finals in a row, 7 years in a row of making it to the quarter finals, 12 times champions of their group

Betis put on a show at the Pizjuan

Seville shines green and white after their historic win

Happy Alves: He responds to the critics by dancing

Lineker: "When I see Messi, I realise how bad I was"

Injury to Arbeloa keeps him out for two months

Hoeness sentenced to jail for three and a half years