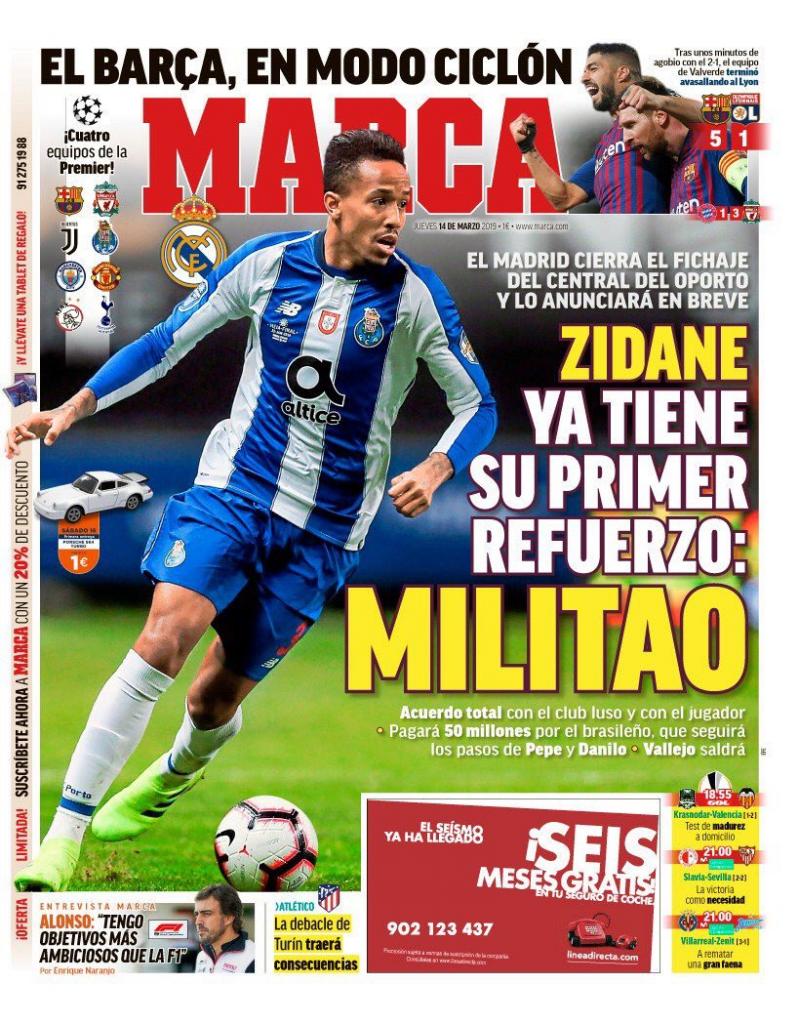 Atleti's debacle in Turin will have consequences 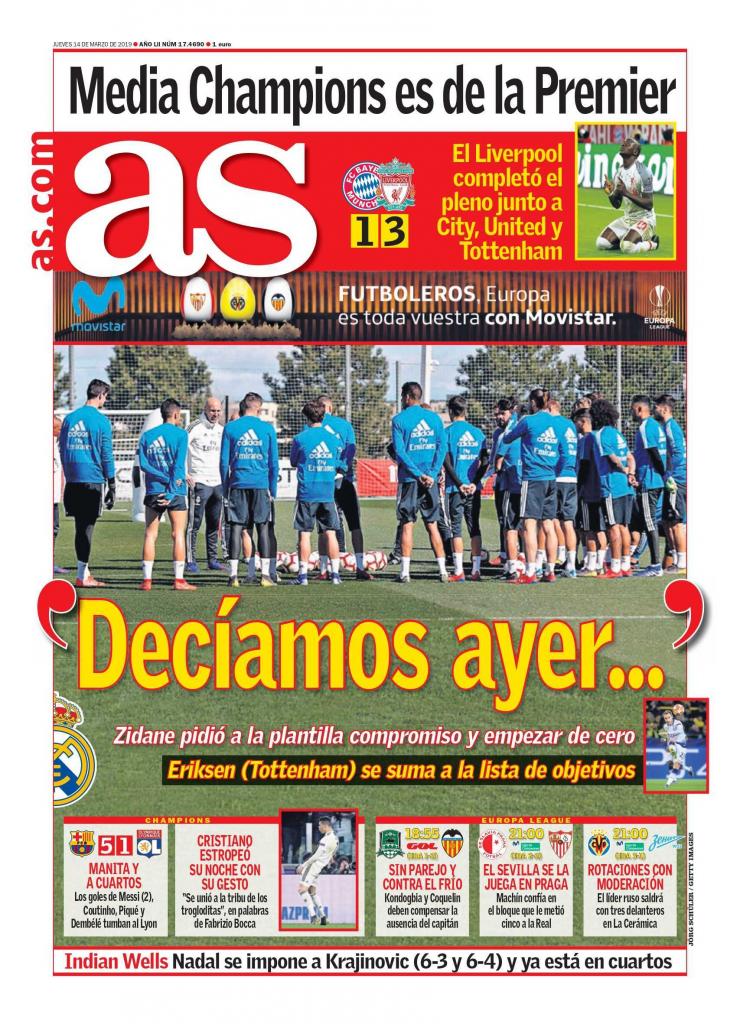 'We were saying yesterday...'

Zidane asked the team to compromise and start from zero

Half of the Champions League is the Premier League - Liverpool join City, United, Spurs

Manita and the quarter finals for Barca

Ronaldo spoils his night with the gesture 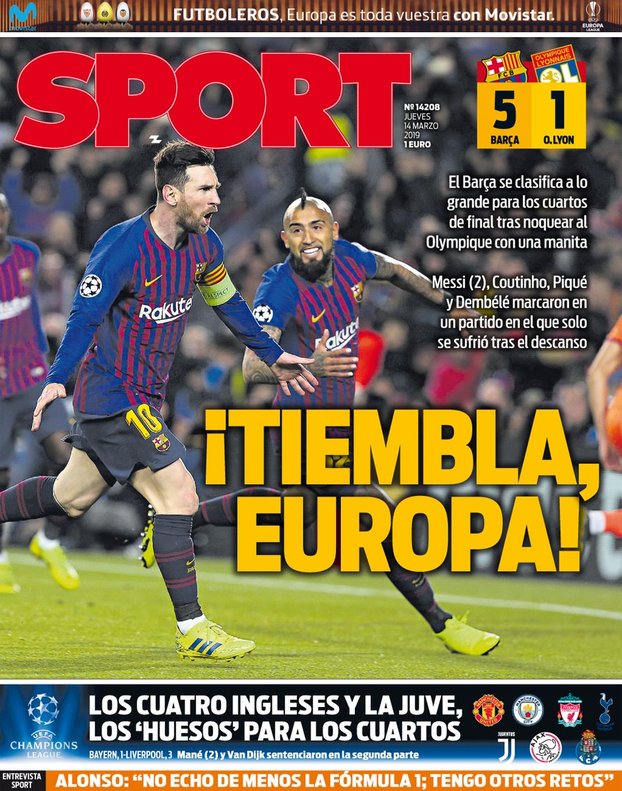 Barca qualify for Champions League quarter-finals with a manita, Messi (2), Coutinho, Pique and Dembele the scorers in a game where they only suffered after the break

Four English clubs and Juve, the 'bones' in the quarters