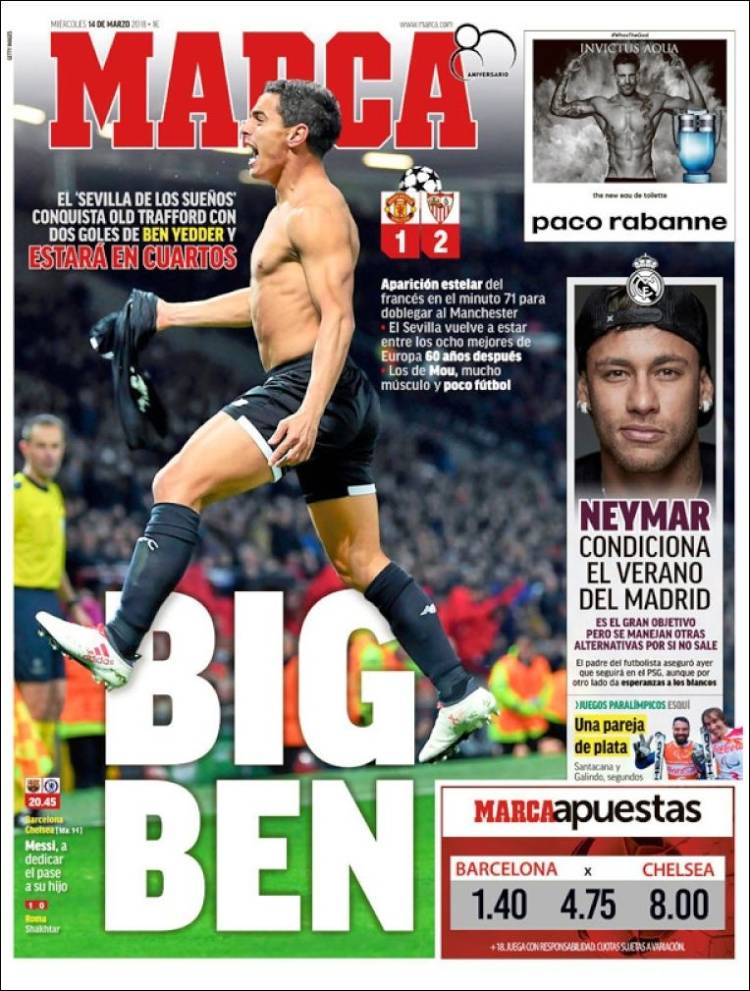 Stellar appearance from the Frenchman with two goals after 71st minute substitution, Sevilla into the last 8 for first time in 60 years, little football from Mourinho

Messi to dedicate qualification to his child 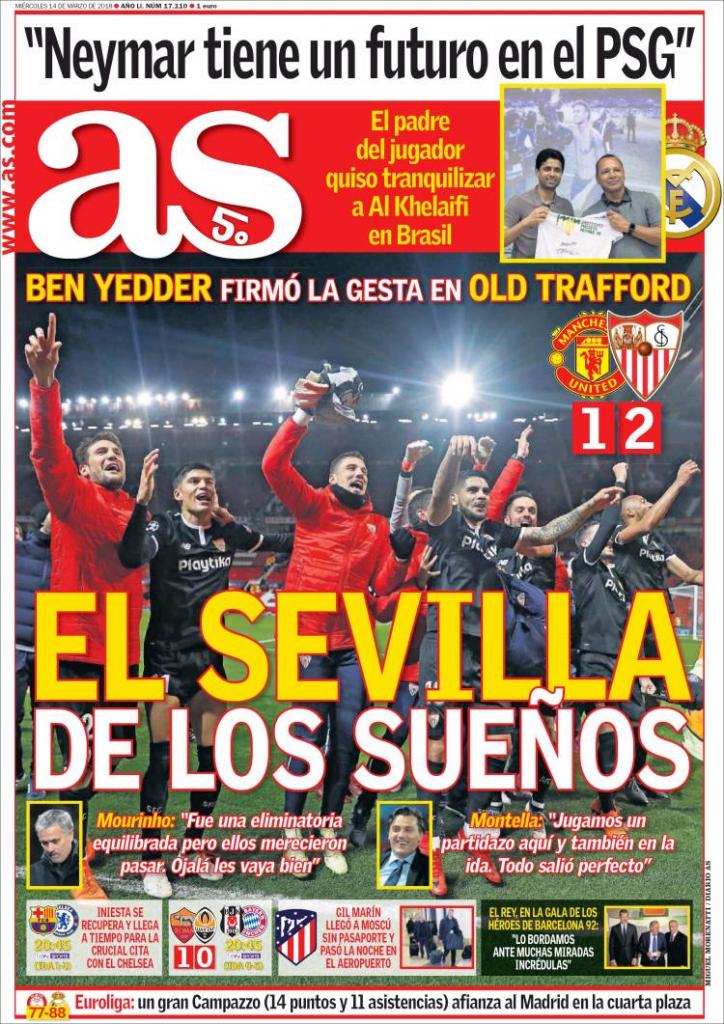 Mourinho: "It was an equal game but they deserved to go through, hopefully they do well", Montella: "We played a great game here and also in the first leg"

Iniesta back in time for Barca v Chelsea

Gil Marin arrives in Moscow without a passport, spends night in airport 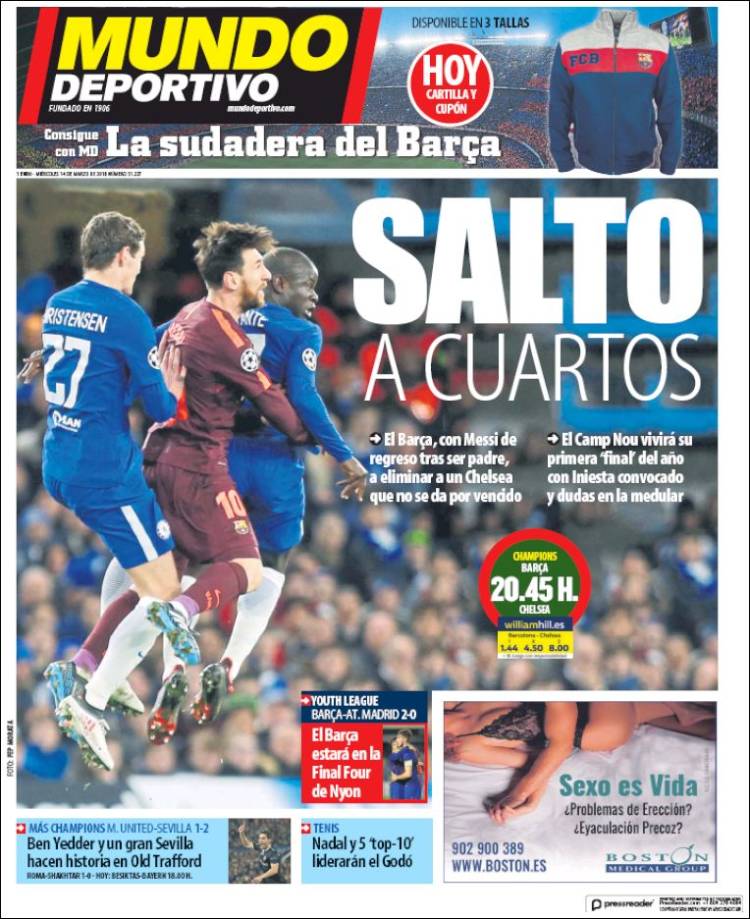 Jump to the quarters

Barca, with Messi back, aim to eliminate a Chelsea who are not yet out, Camp Nou to live it's first 'final' of the season