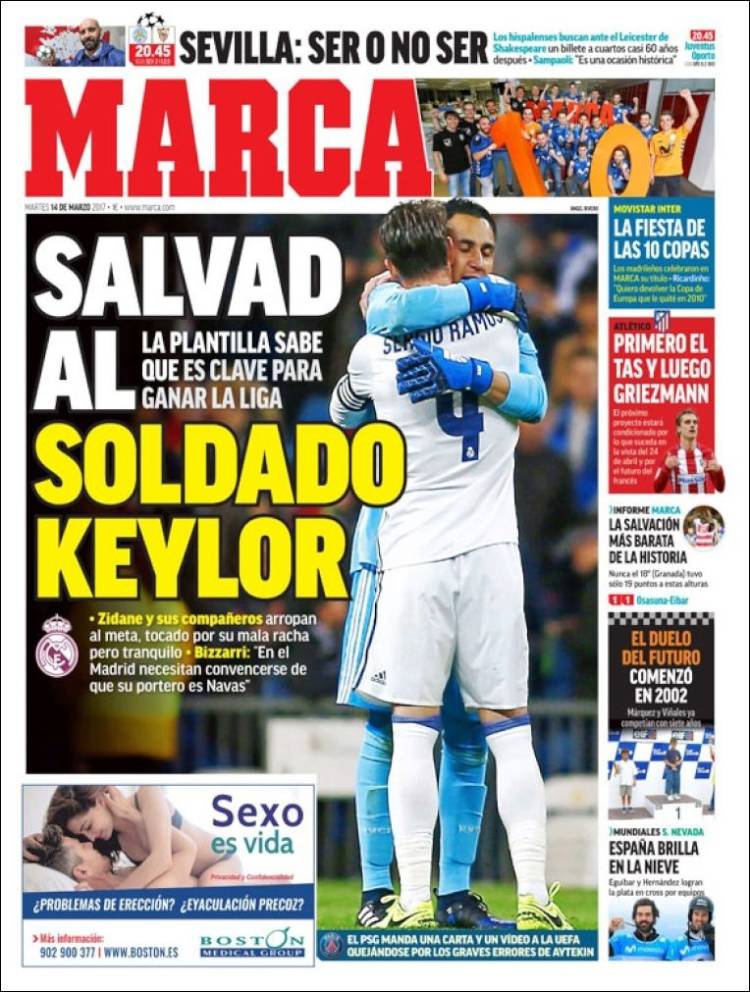 Zidane and company cling to targets after poor streak but remain calm, Bizzarri: In Madrid they need to convince themselves their goalkeeper is Keylor Navas

Sevilla, to be or not to be - side look for first last 8 in UCL for first time in 60 years, Sampaoli: It's a historic occasion

First the value and later Griezmann 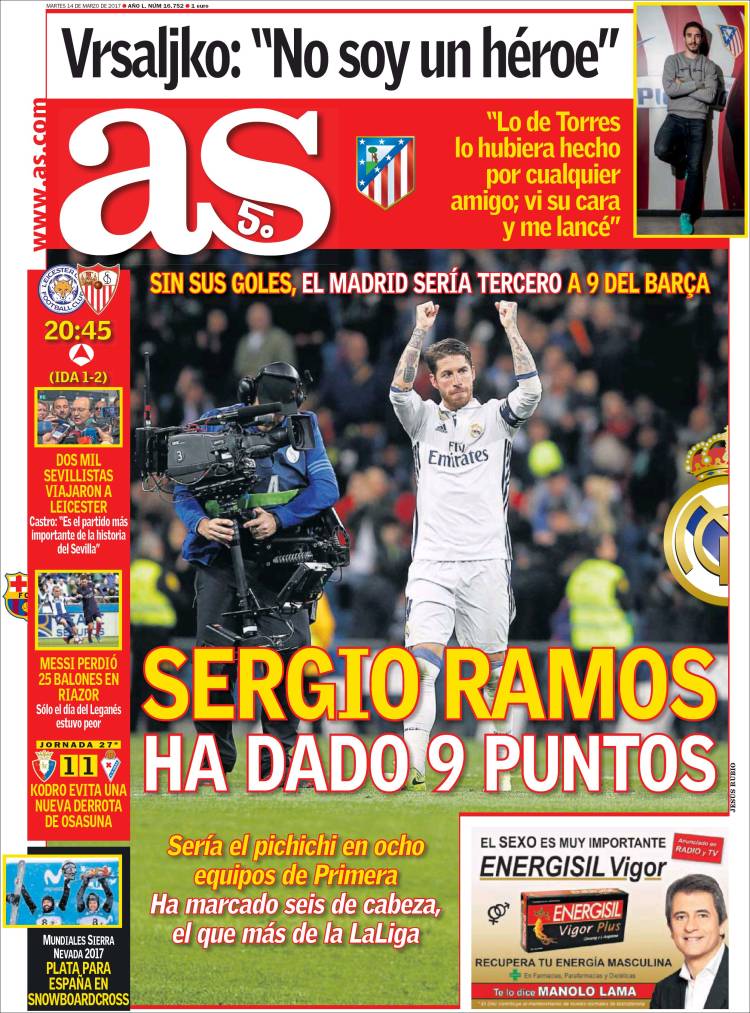 Sergio Ramos has given nine points

Without his goals, Real Madrid would be third and nine points off Barca

Vrsaljko: I am not a hero - "Would have done the Torres incident for any friend; when I saw his face it alarmed me"

2,000 Sevilla fans in Leicester - Castro: This is the most important match in Sevilla's history 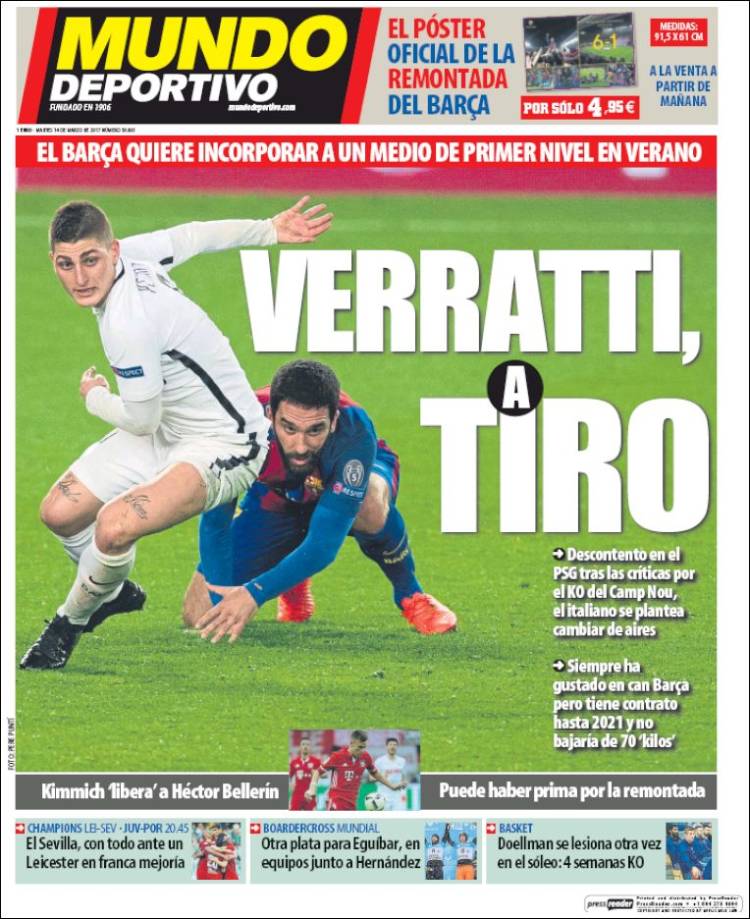 He's discontent at PSG after Champions League exit, Always has liked Barcelona but his contract is until 2021 and release clause is 70 million euros

Barca want to sign a new midfielder this summer

Kimmich 'frees' Hector Bellerin, There may be a bonus for the comeback

Sevilla to give all against a frankly improved Leicester