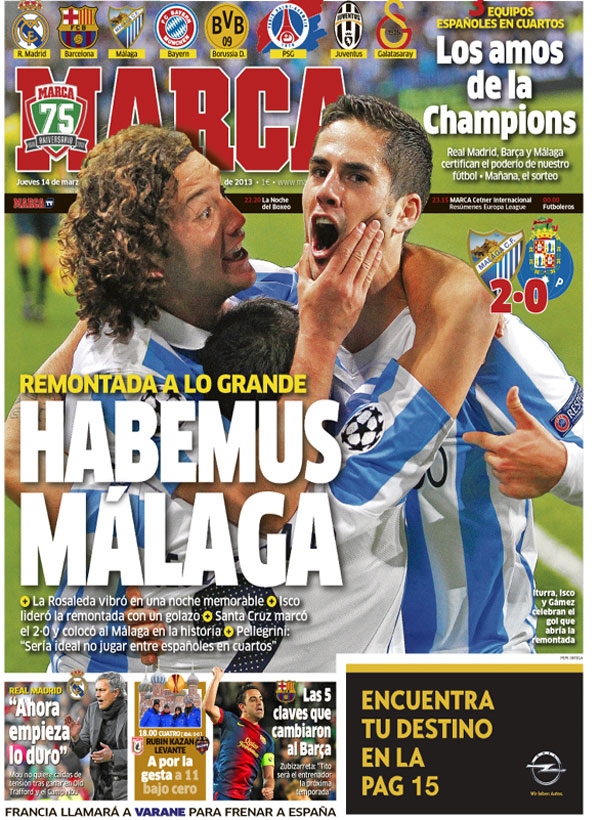 La Rosaleda vibrated in a night most memorable

Isco lead with the comeback with a great goal

Pellegrini: "It would be ideal if we do not play other spanish teams in the quarters"

We own the Champions

Real Madrid, Barcelona and Malaga in the quarters confirm the power of Spanish football, tomorrow the draw

The five keys that changed Barcelona

Zubizarretta: "Tito will be the coach next season"

Levante will try something great with the temperature 11 below zero 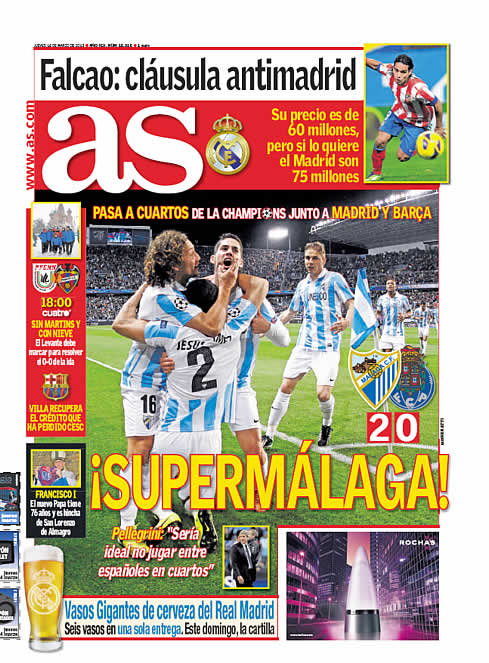 Pellegrini: "It would be ideal not to play another spanish team in the quarters"

Falcao, anti-Madrid clause: His price is 60 million, but, if he wants to go to Madrid his price is 75 million

Rubin Kazan v Levante: With Martins and in the snow

Levante must score to come out of the tie

Villa has regained his credit and Cesc has lost his

Franciso 1: The new Pope has 76 years and is a fan of San Lorenzo de Almagro 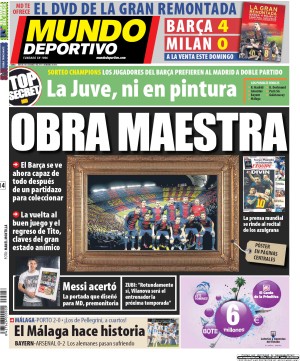 The world press give praise to Los Azulgrana

Messi was certain, our cover page was a premonition

Zubi: "Emphatically yes, Vilanova will be our coach next season"

Those of Pellegrini make the quarters

Juventus not in the painting