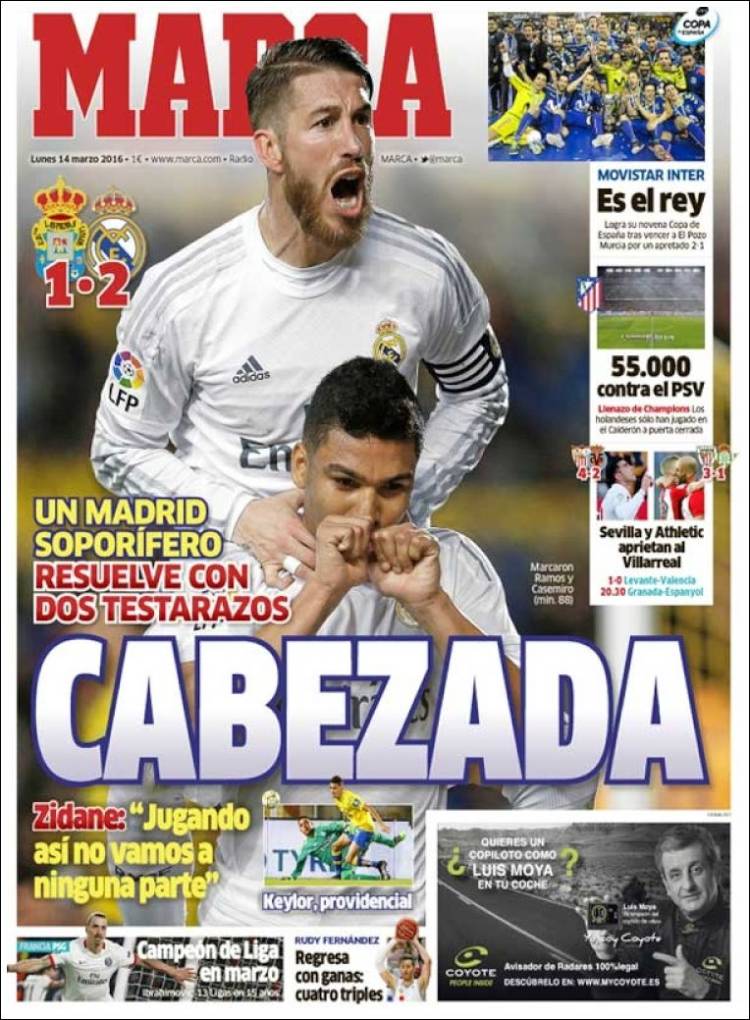 Full house for the Champions League

The Dutchmen have only played at the Calderon behind closed doors

Sevilla and Athletic home in on Villarreal 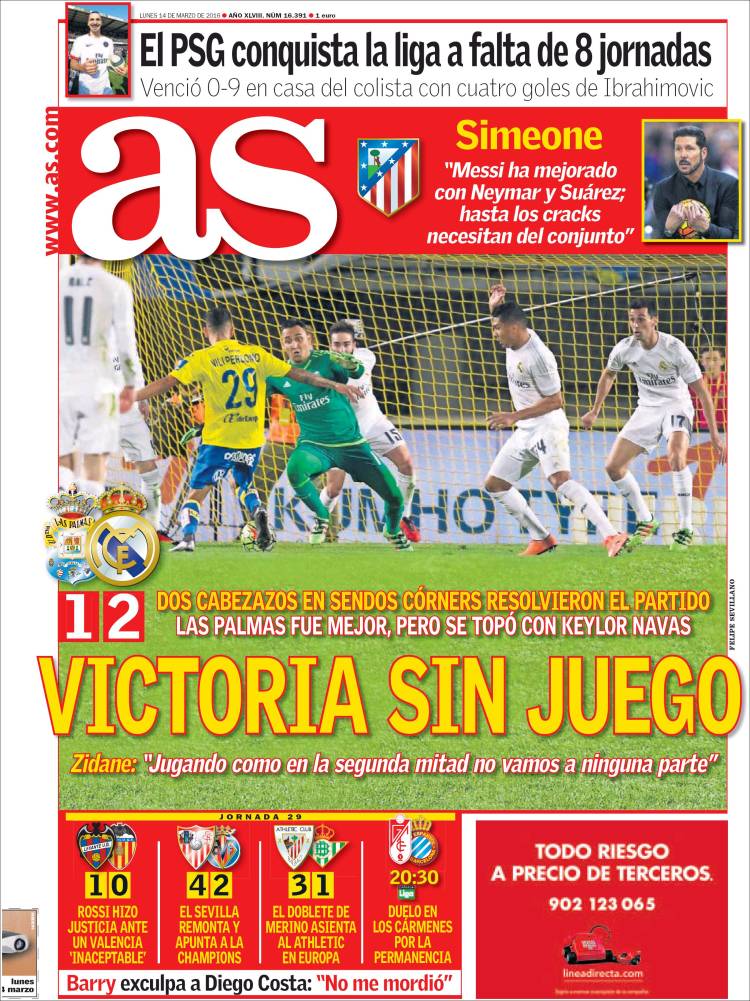 Las Palmas were better but ran into Keylor Navas

Zidane: “Playing like we did in the second half, we won’t go anywhere”

Simeone: "Messi has improved with Neymar and Suarez, even ‘cracks’ need their teammates”

Rossi does justice against an “unacceptable” Valencia

Sevilla come back and aim for the Champions League

Duel at Los Carmenes for survival

They beat the bottom club 0-9 at home, with four goals from Ibrahimovic 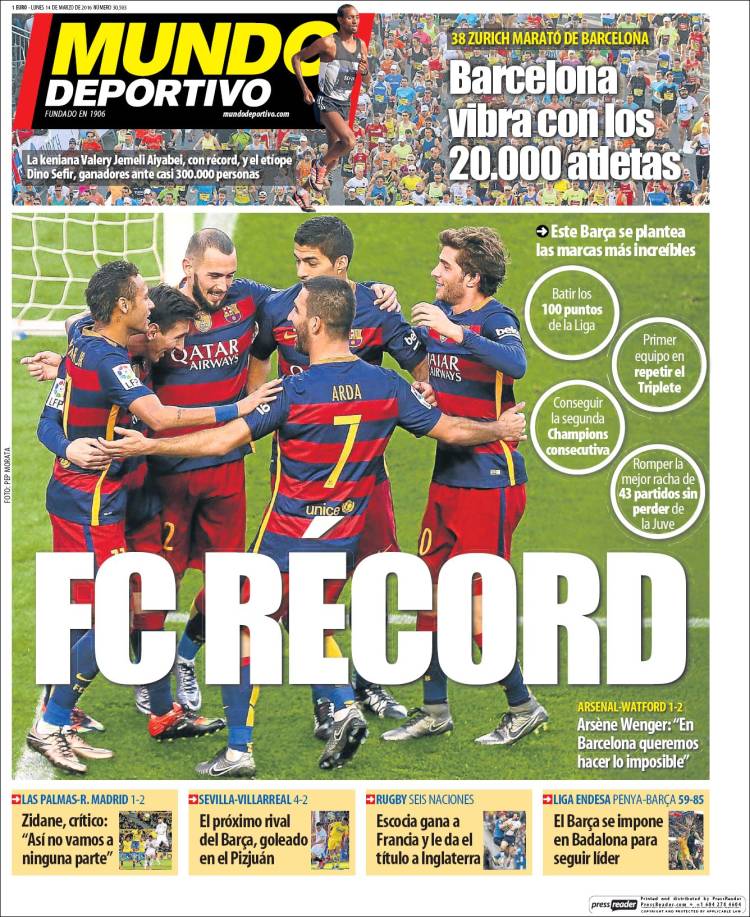 This Barcelona bid for the most incredible records

Break the best unbeaten run of 43 games, set by Juve

Arsene Wenger: “At Barcelona, we want to do the impossible”