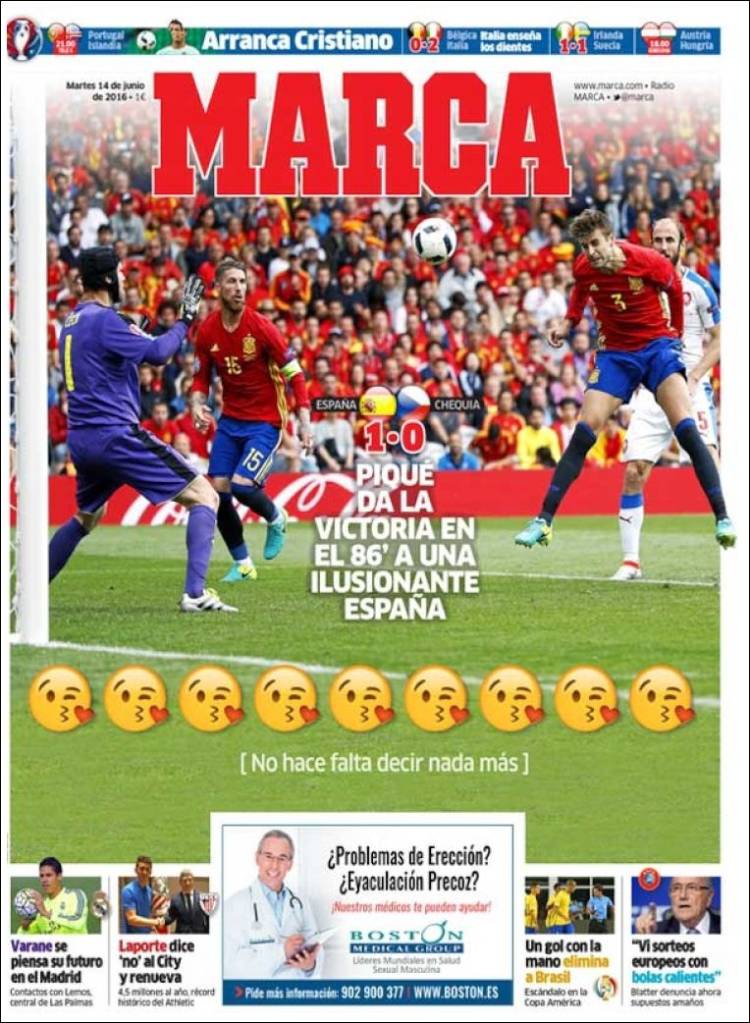 [No need to say anything more]

Varane thinks about his future in Madrid

Laporte says ‘no’ to Manchester City

A goal with the hand eliminates Brazil

Scandal in the Copa America 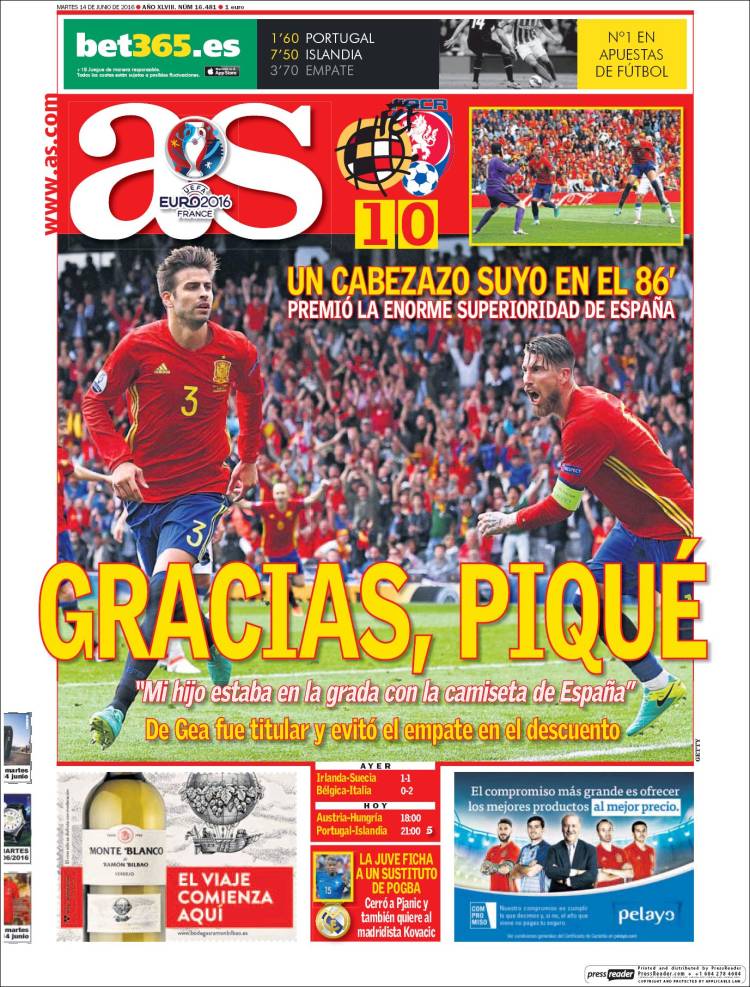 His header in the 86th minute rewards Spain’s enormous superiority

“My son was in the stands with a Spain shirt”

De Gea started and avoided the draw in injury time 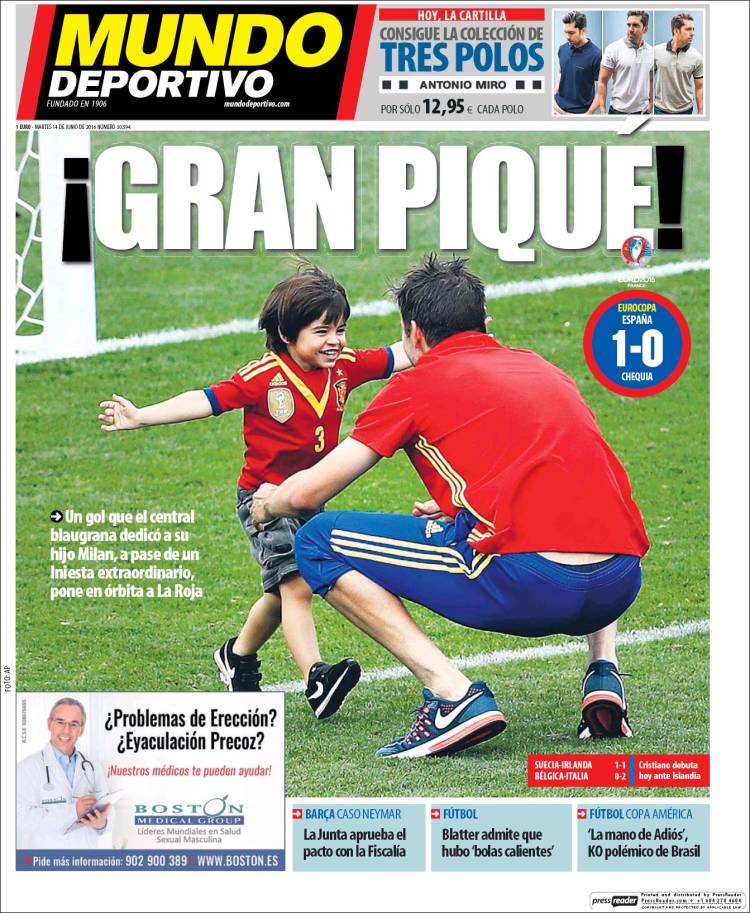 The goal of the Blaugrana centre-back dedicated to his son Milan, an extraordinary pass by Iniesta, puts La Roja into orbit

The board approves the agreement with the prosecution

Blatter admits there were ‘hot balls’

“The hand of goodbye,’ controversial knockout of Brazil