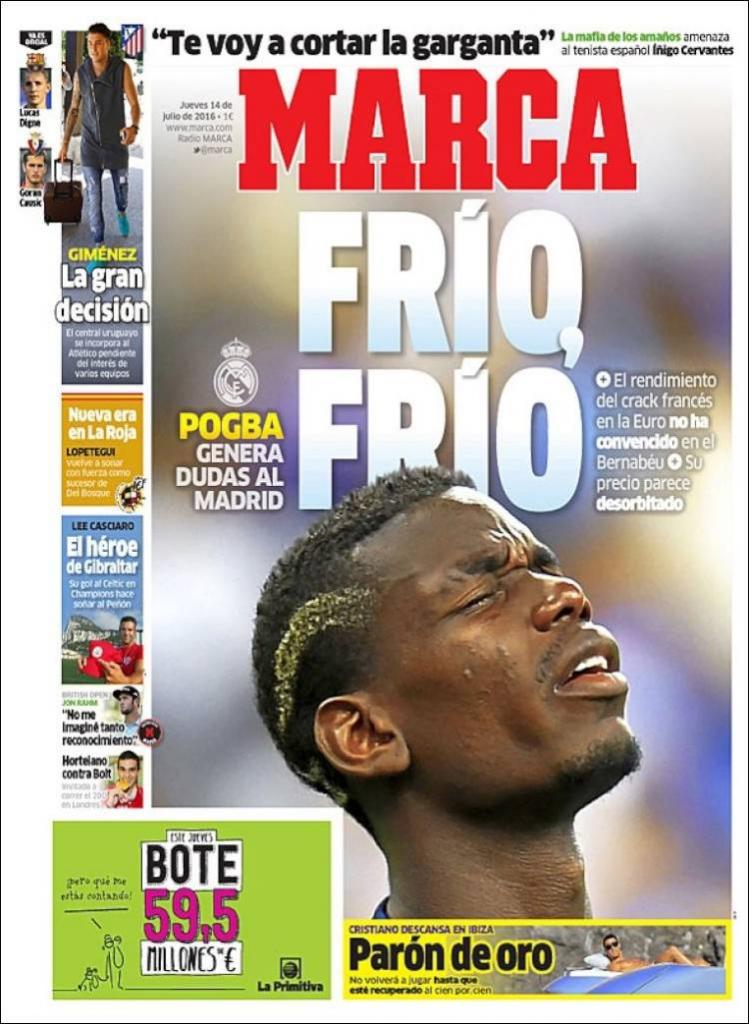 He sounds again strongly like the successor to Del Bosque

He won’t play again until he is 100% recovered 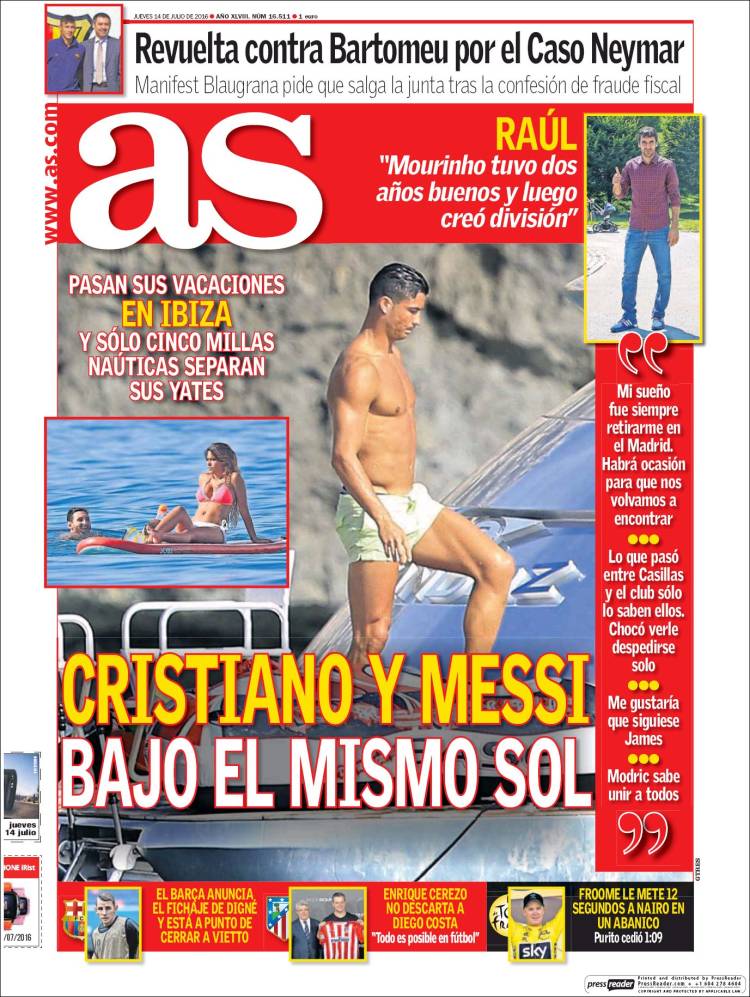 Revolt against Bartomeu for the Neymar case

“My dream was always to retire in Madrid. There’ll be an opportunity to meet again.”

“Only Casillas and the club know what happened between them. It shocked me to see him saying goodbye alone.”

“Modric knows how to link up everything.”

Cristiano and Messi under the same sun

“Anything is possible in football” 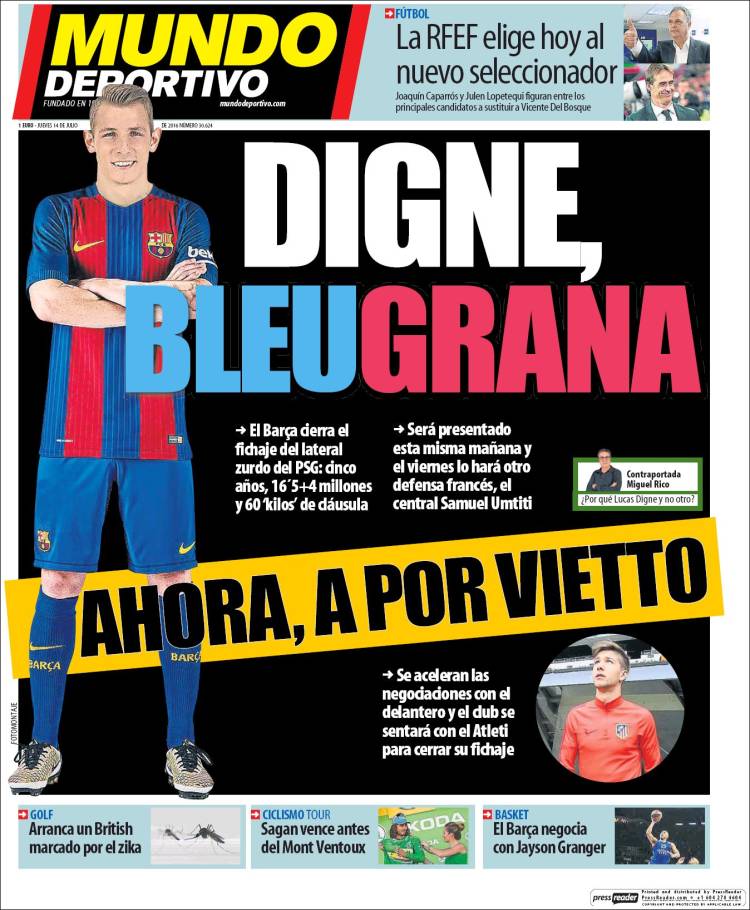 He will be presented this morning and on Friday another French defender, the centre-back Samuel Umtiti