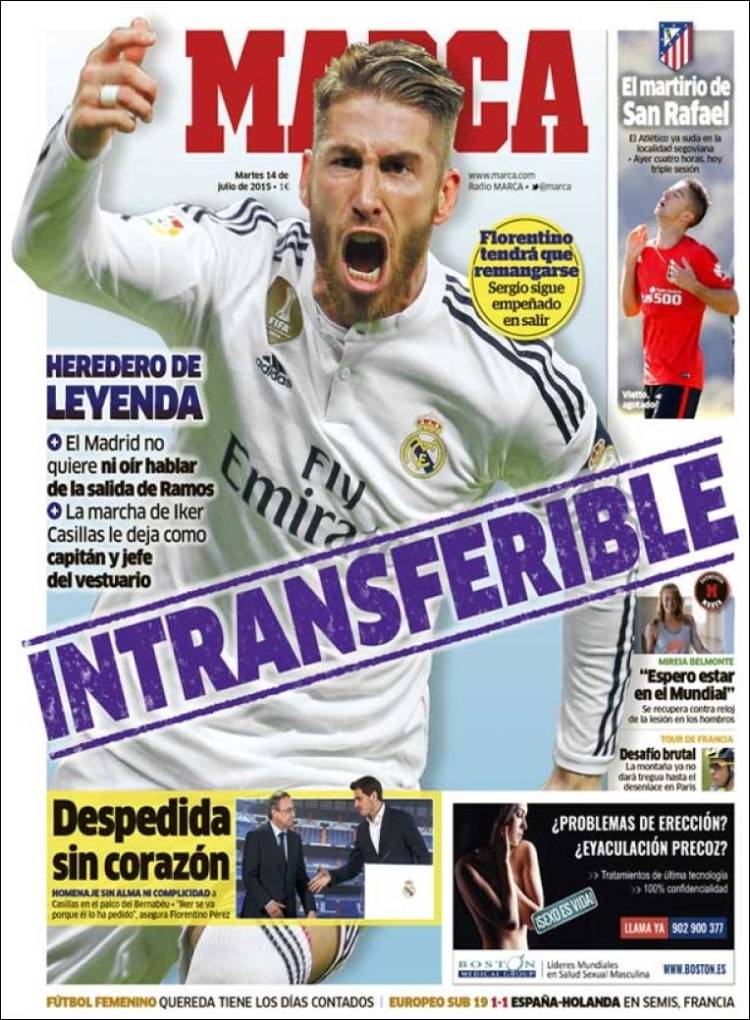 Heir of the legend

Madrid do not want to hear anything about Ramos leaving

Florentino will have to roll up his sleeves: Sergio continues to insist on leaving

The hell of San Rafael 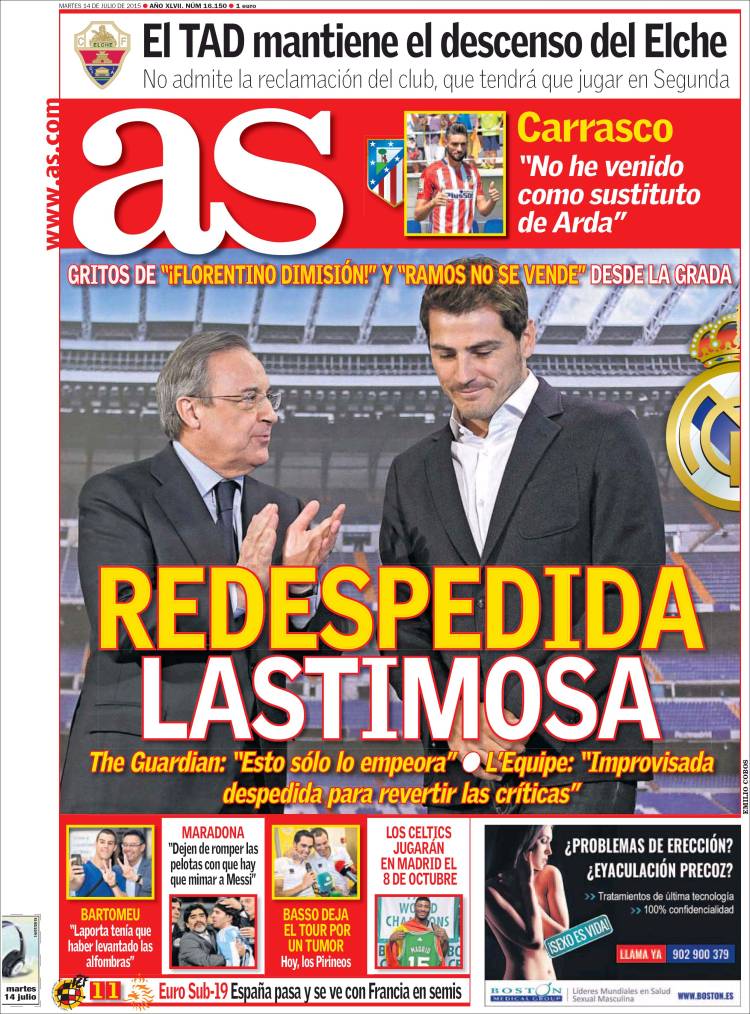 The Guardian: "This will only make it worse" - L'Equipe: "Improvised farewell to turn the critics"

Shouts of "Florentino resignation" and "Don't sell Ramos" from the stands 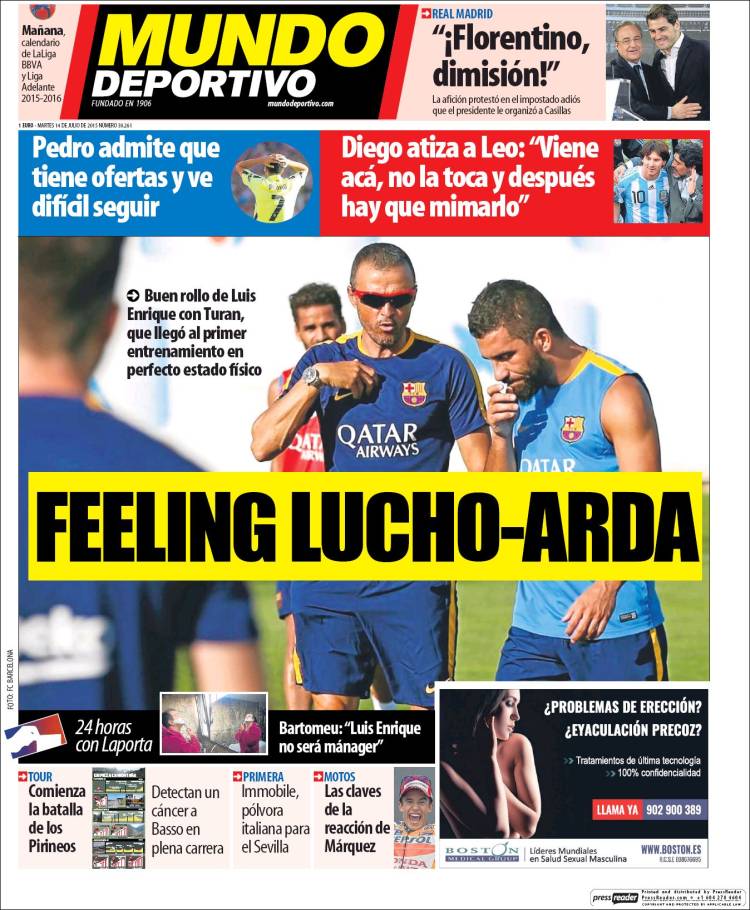 Luis Enrique pleased with Turan, who arrived at the first training session in perfect physical condition

Diego incites Leo: "He comes here, no one touches him and now you have to spoil him"