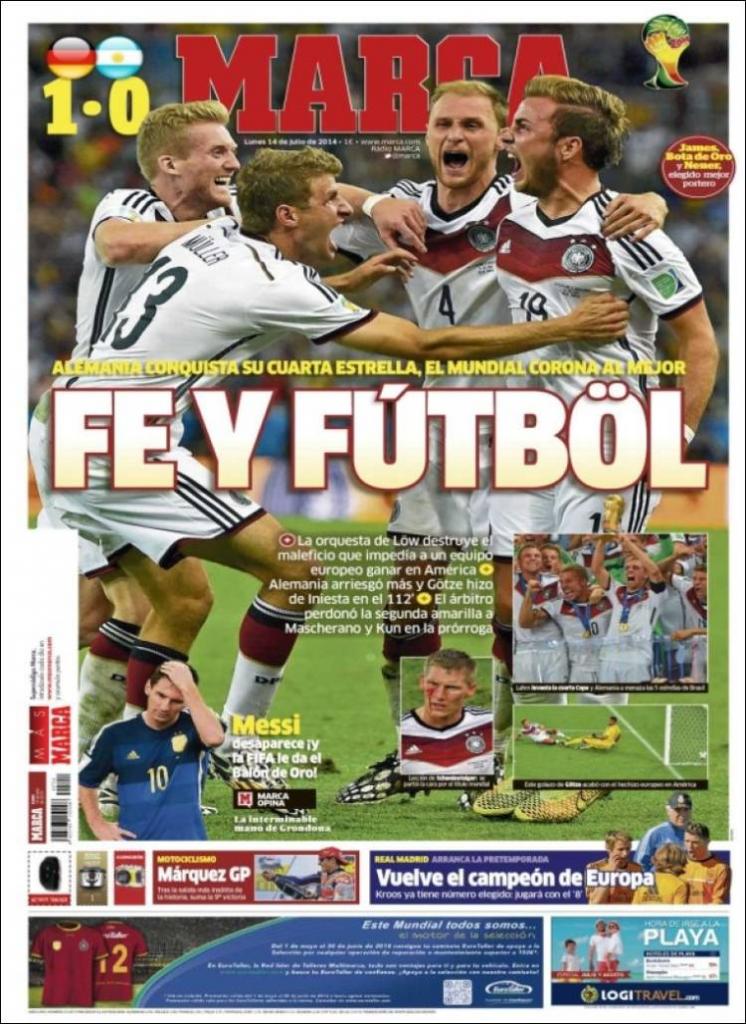 Messi disappears and FIFA give him the Golden Ball

The Champions of Europe return

Kroos already has a chosen squad number: He will play with No. 8 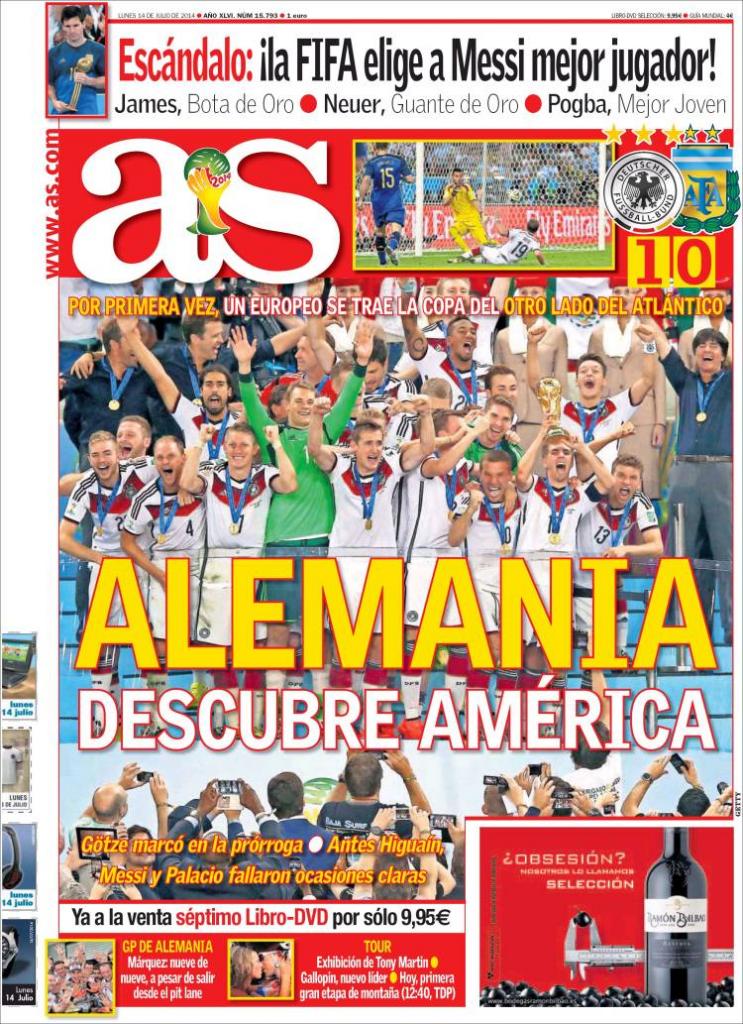 For the first time, a European team bring the cup back from the other side of the Atlantic

Before that, Higuain, Messi and Palacio missed great chances 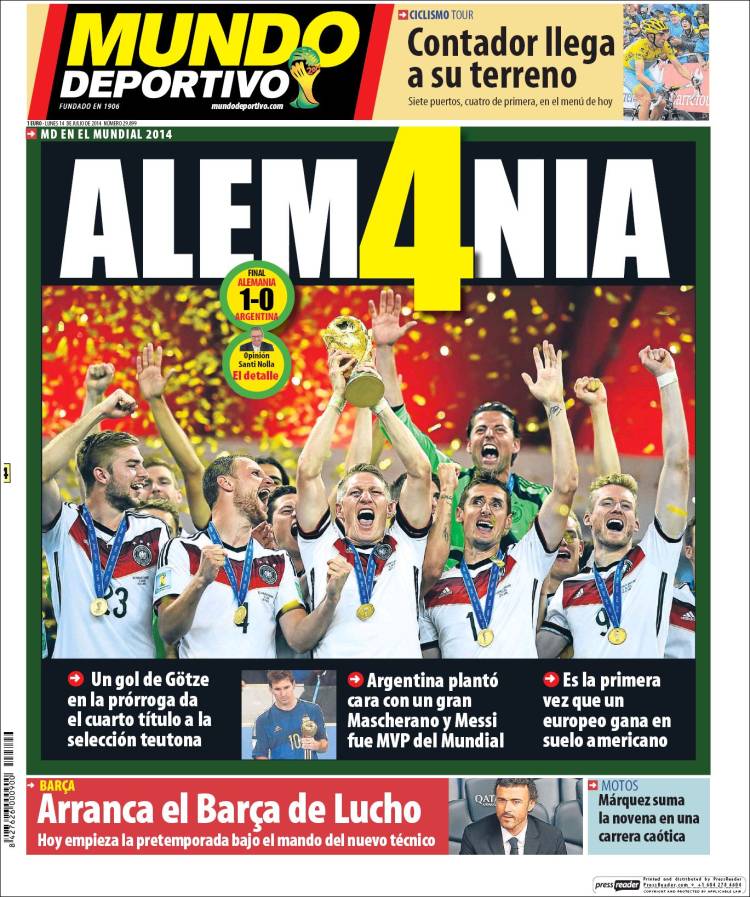 It's the first time a European team won on American soil

Pre-season starts today under the command of the new Coach