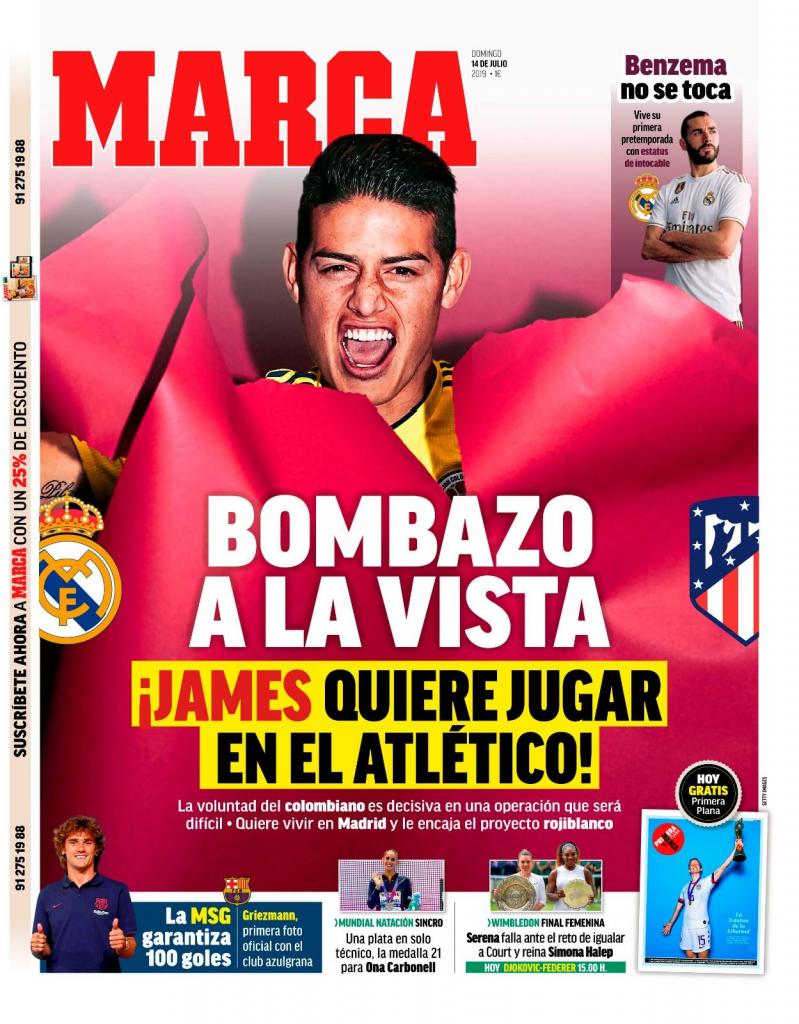 REAL MADRID: James Rodriguez has shocked Real Madrid, by stating his wish to stay in the Spanish capital, and sign for Atletico Madrid.

REAL MADRID: Benzema The Untouchable, as the Frenchman completes his first ever pre-season, as an indispensable member of Zinedine Zidane's squad.

FC BARCELONA: MSG (Messi,Suarez,Griezmann), will guarantee FC Barcelona 100 goals next season, as Griezmann set to be unveiled as a Barca player today. 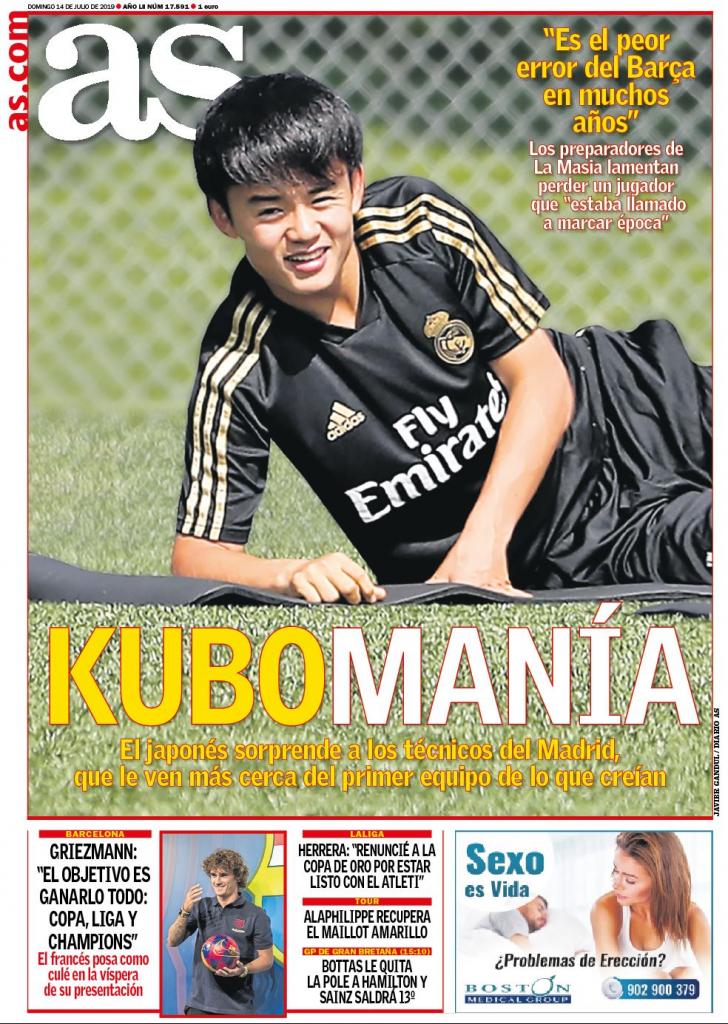 REAL MADRID: KUBOMANIA - FC Barcelona are frustrated at losing out on a 'once in a generation' talent, as Takefusa Kubo signs for Real Madrid. The Japanese teenager has shocked Real Madrid coaches with his progress, and could feature in the first team this season.

FC BARCELONA: Griezmann pledges to win everything at FC Barcelona following his arrival at the Nou Camp.

ATLETICO MADRID: Hector Herrera rules himself out of the Spanish Super Cup. 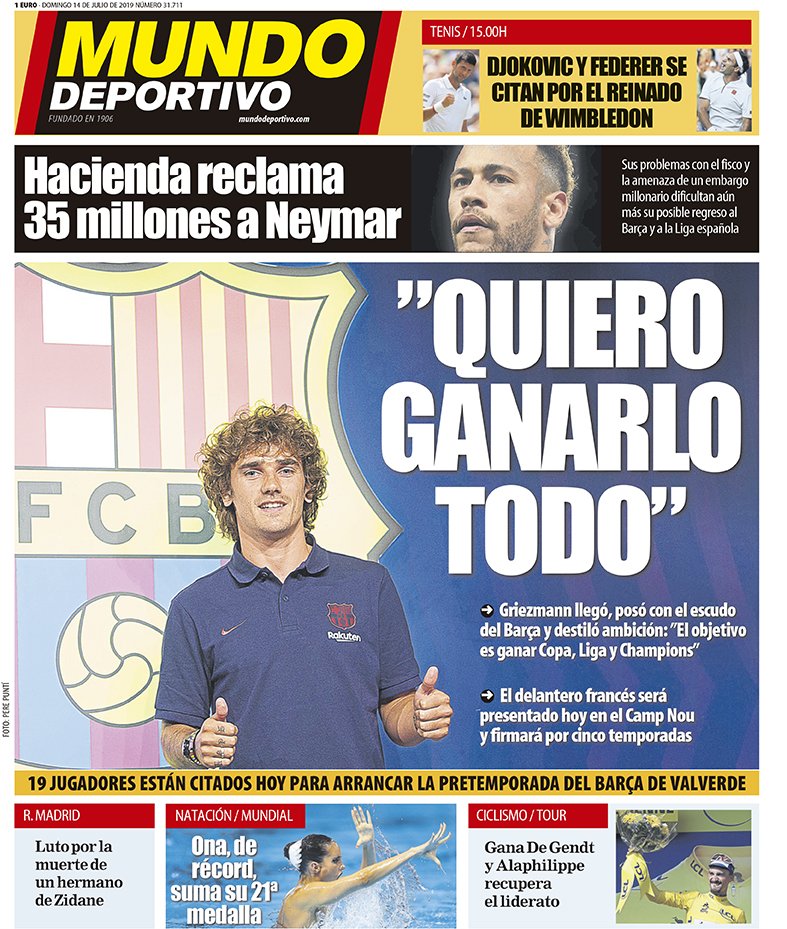 FC BARCELONA: Griezmann wants to win the league, the cup and the Champions League at FC Barcelona, the French international will be presented at the Camp Nou later today, after signing a five-year deal with the club.

FC BARCELONA: Spanish tax authorities to claim €35m in payments from Neymar, problems with the tax office make his potential return to FC Barcelona, and La Liga, even more difficult.