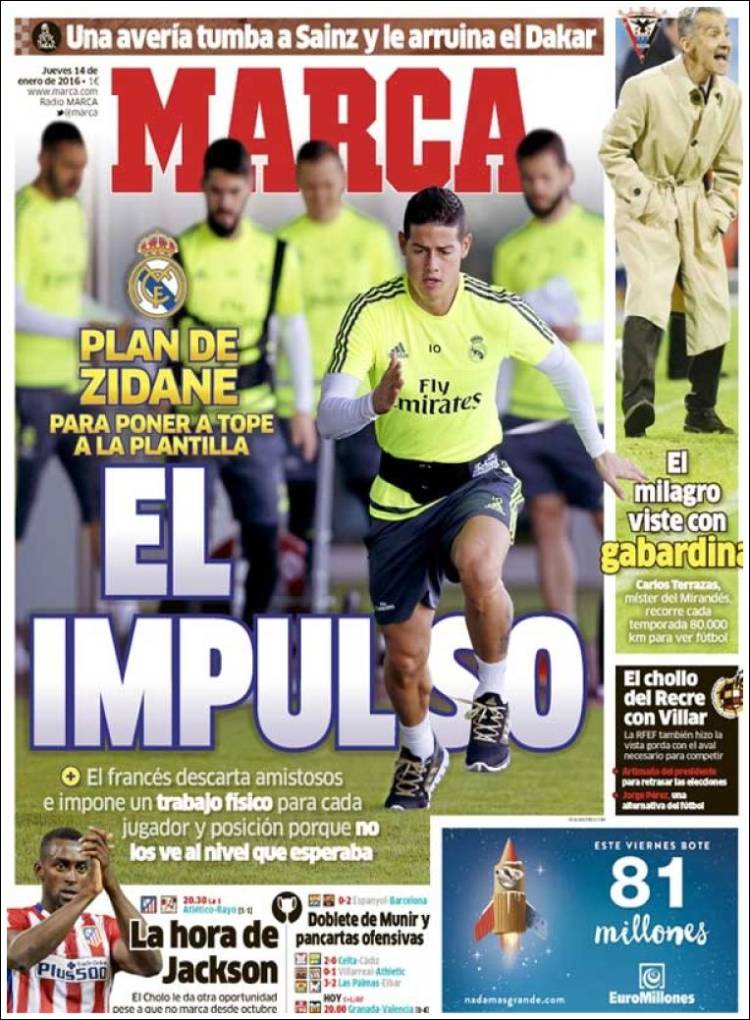 To get the squad to the limit

The miracle in a trench coat

The bargain of Recre with Villar 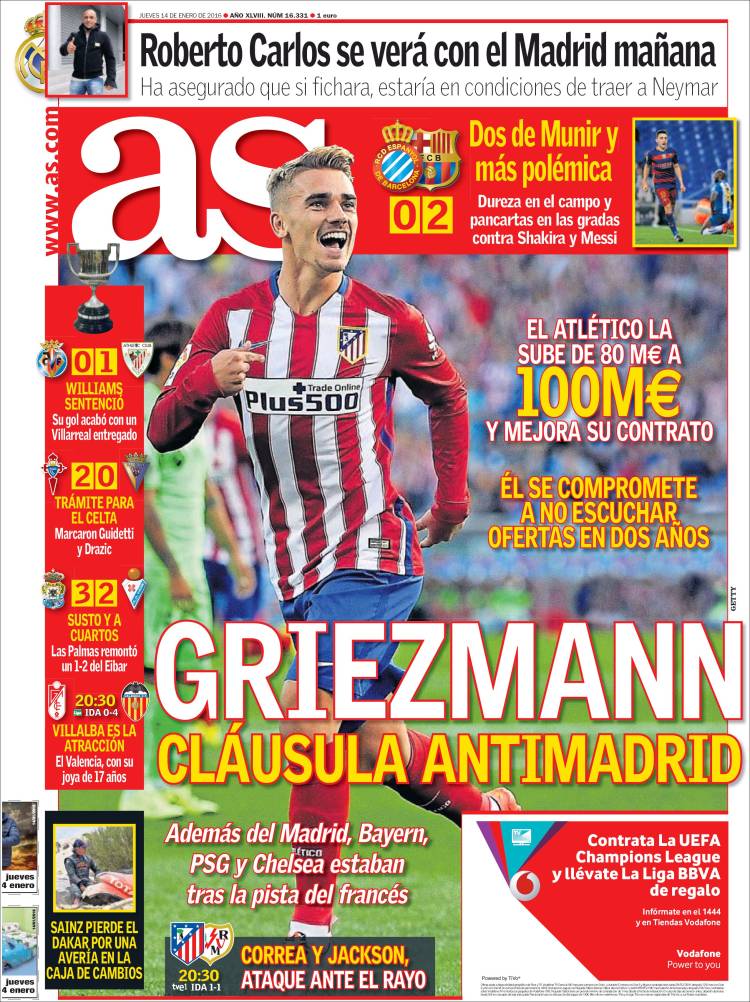 He has ensured that if he is hired, he would be in a position to bring Neymar

Two by Munir and more controversy

He agrees not to listen to offers for two years

In addition to Madrid, PSG, Bayern and Chelsea were on the Frenchman’s trail

Correa and Jackson, attack against Rayo

His goal finished a dedicated Villarreal

Goals by Guidetti and Drazic

Villalba is the attraction

Valencia, with their 17-year-old jewel 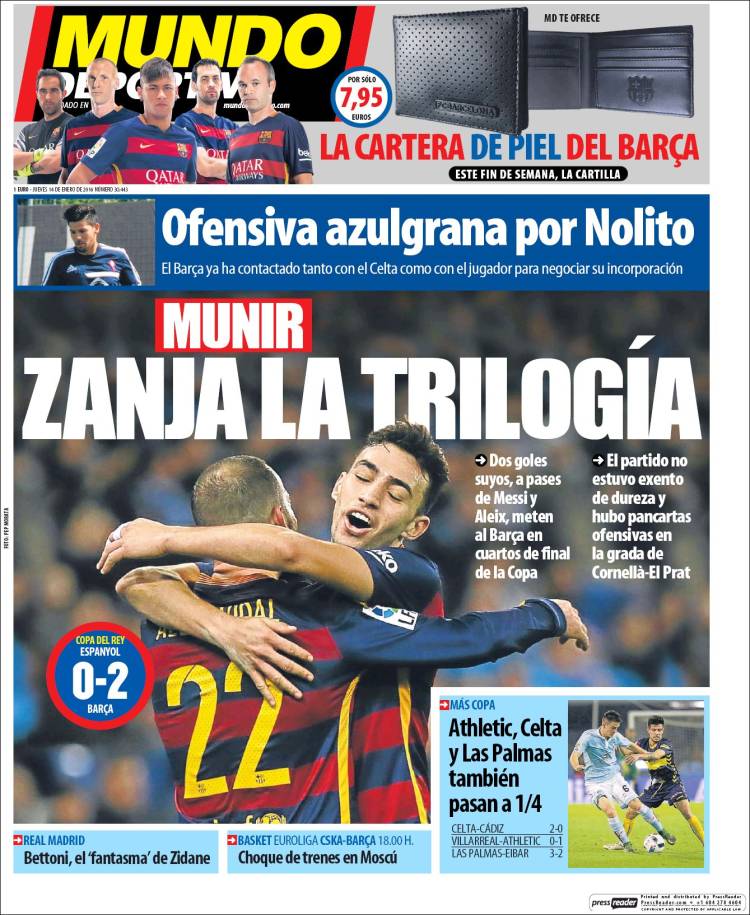 His two goals, by Messi and Aleix passes, put Barca in the quarter-finals of the Copa

Athletic, Celta and Las Palmas through to the quarters