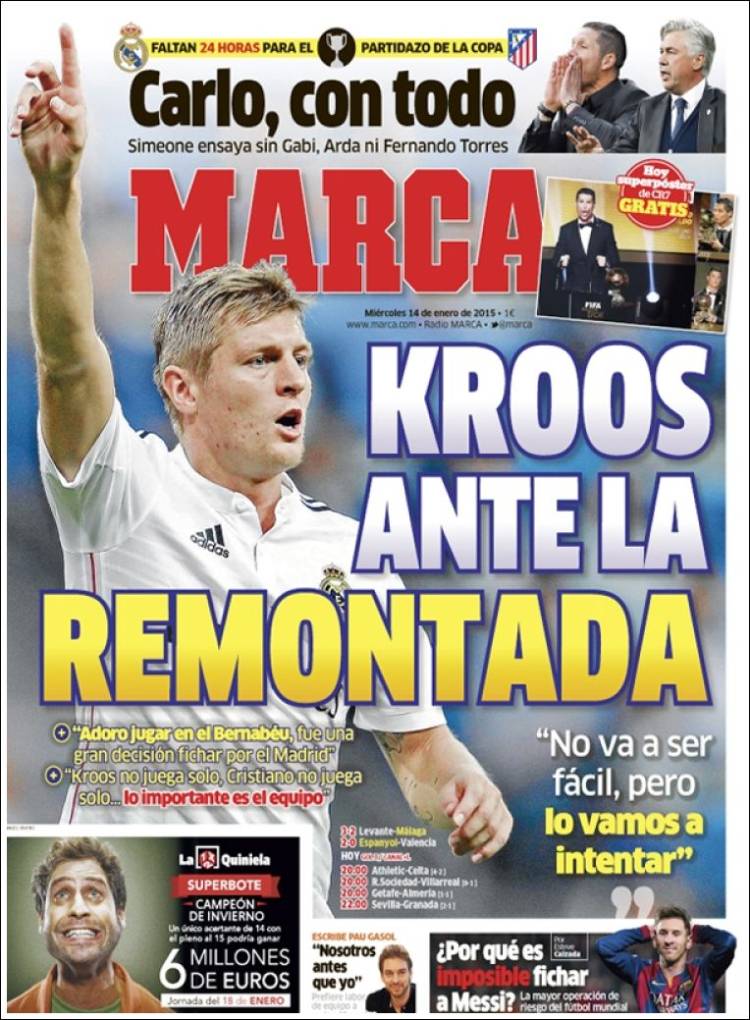 Kroos before the comeback

“It won’t be easy but we are going to try”

“I adore playing at the Bernabeu, it was a great decision to sign for Real Madrid”

24 hours to go before the great Cup match

Carlo, with everybody available

Why is it impossible to sign Messi? The riskiest operation in world football 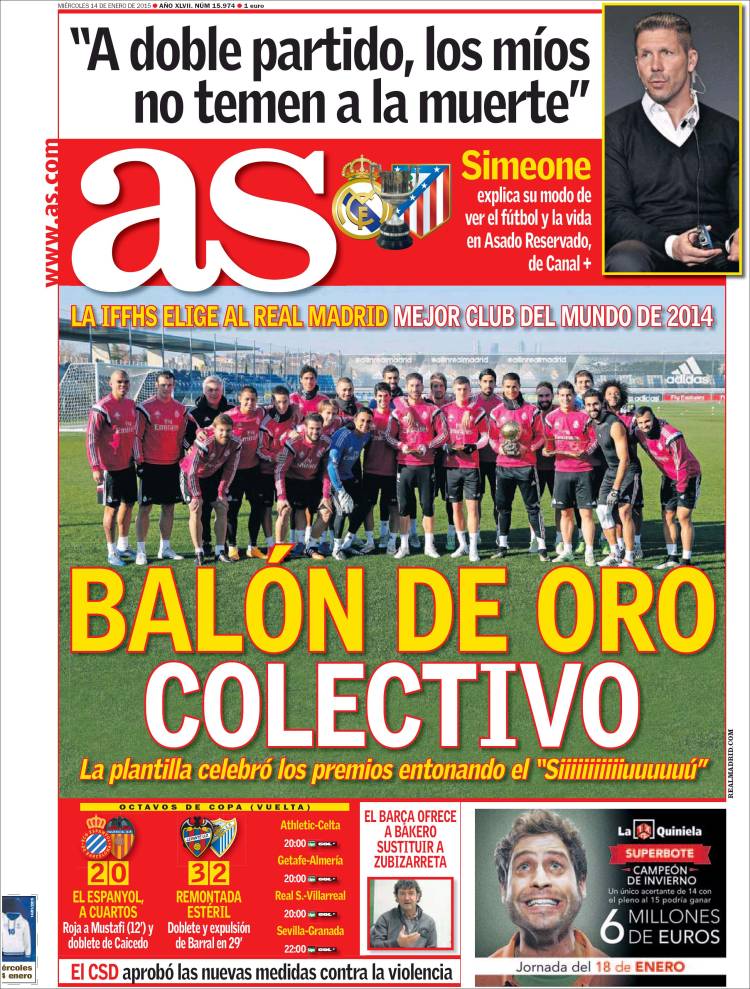 The squad celebrate the awards by chanting “Siiiiiiiiiiuuuuuu”

“In a two-legged match my players don’t fear death”

The CSD approve the new methods against violence

Espanyol into the quarter-finals: Red for Mustafi (12) and a Caicedo double

Futile comeback: Two goals and a sending off for Barral in 29 minutes 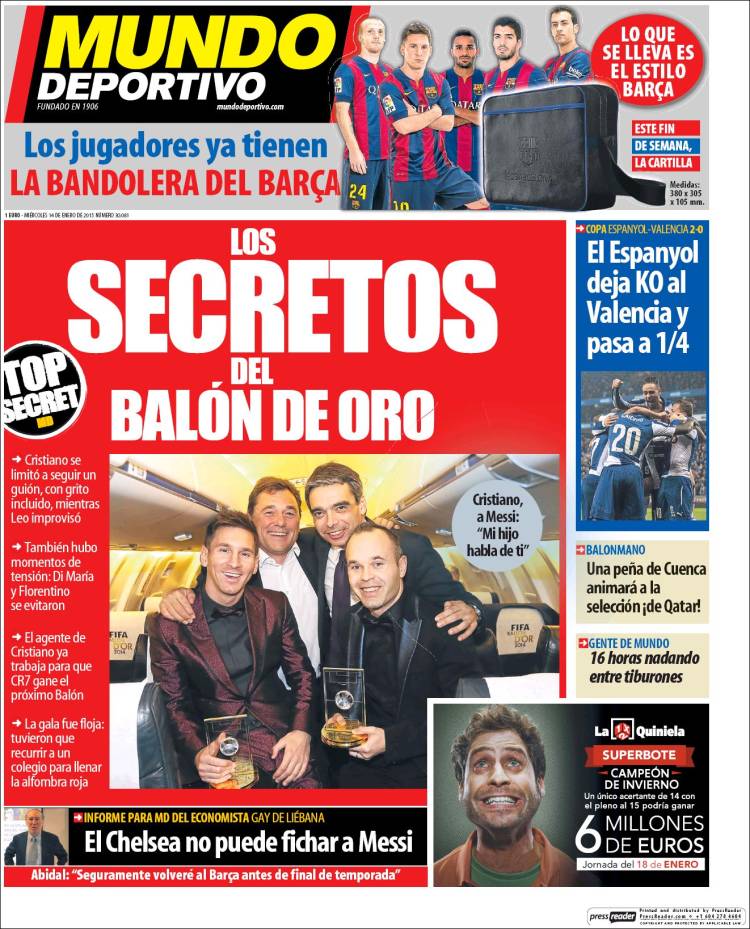 The secrets of the Ballon d'Or

Cristiano limits himself to following a script, with shout included, while Leo improvised

There were also moments of tension: Di Maria and Florentino avoided each other

The ceremony was poor: they needed to turn to a school-kid to fill the red carpet

Cristiano to Messi: “My son talks about you”

Abidal: “I will definitely return to Barca before the end of the season”