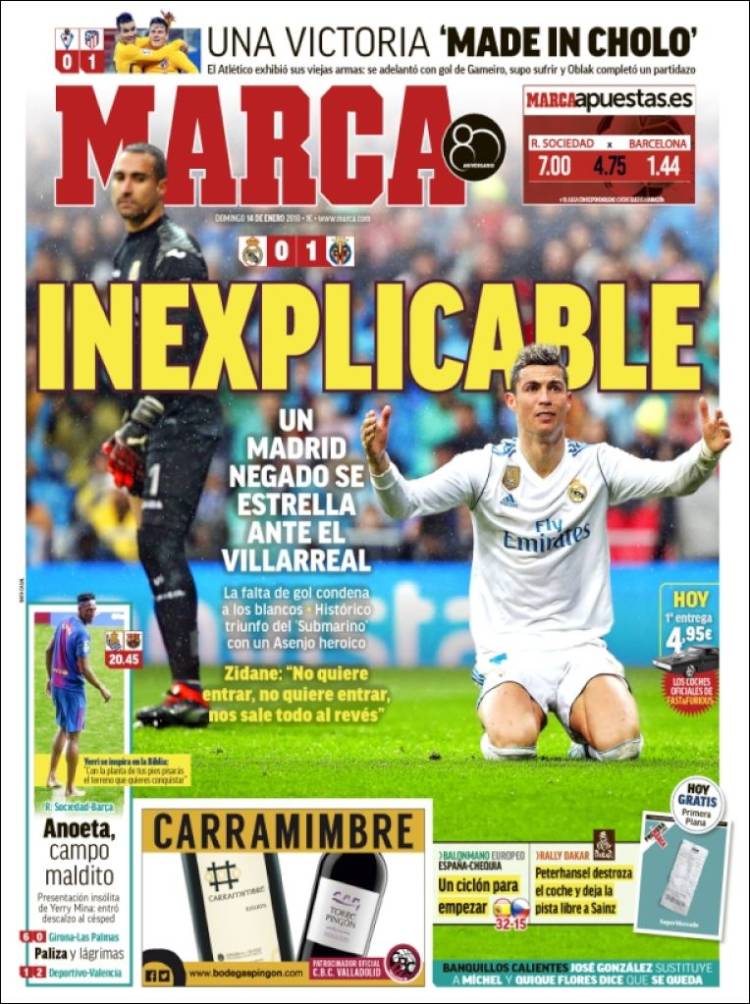 A win ‘made in Cholo’

Madrid crash and burn against Villarreal

Historic win for the Submarine with a heroic Asenjo

Zidane: “It didn’t want to go in. Everything’s going the opposite way” 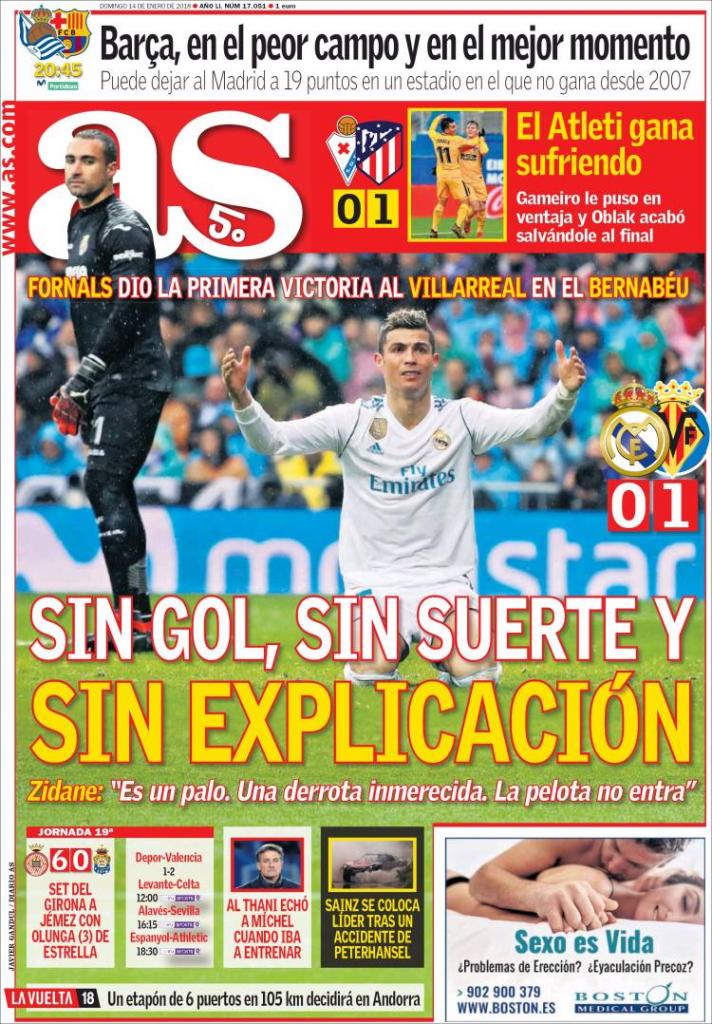 Barca, on their worst pitch and in their best spell

Fornals gives Villarreal their first victory at the Bernabeu

Without goals, without luck and

Zidane: “It’s a blow, an undeserved defeat. The ball didn’t want to go in”

Set for Girona against Jemez’s side, with Olunga (hat-trick) a star 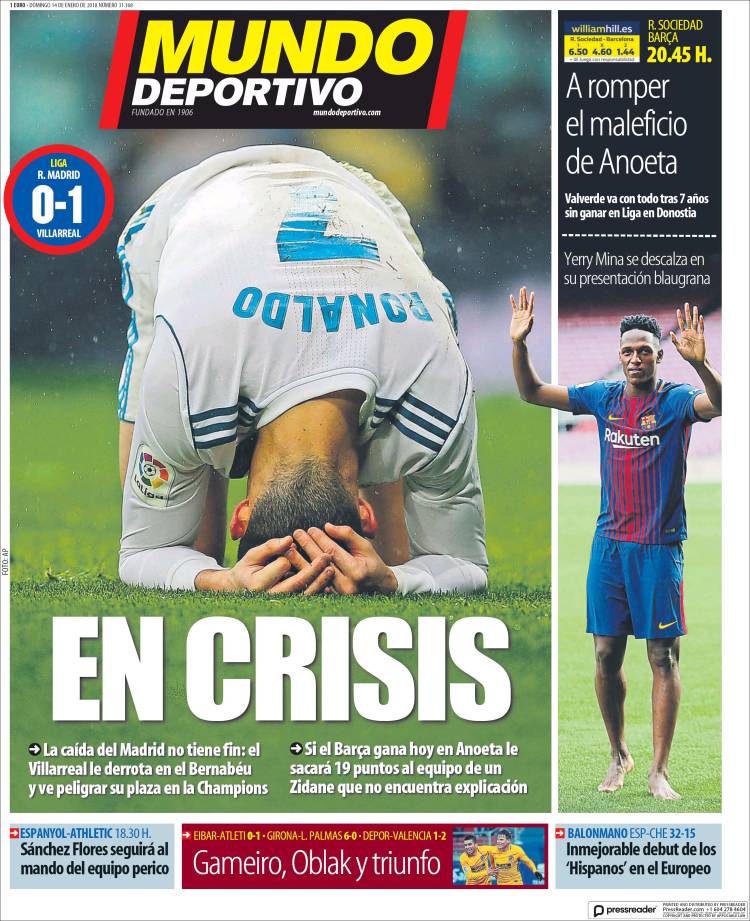 The fall of Madrid has no end: Villarreal beat them at the Bernabeu and risk their place in the Champions League

If Barca win today at Anoeta, they will go 19 points clear of Zidane’s side, who have no explanation for their struggles

Dispelling the curse of Anoeta

Sanchez Flores will stay in charge of Espanyol

Gameiro, Oblak and the win