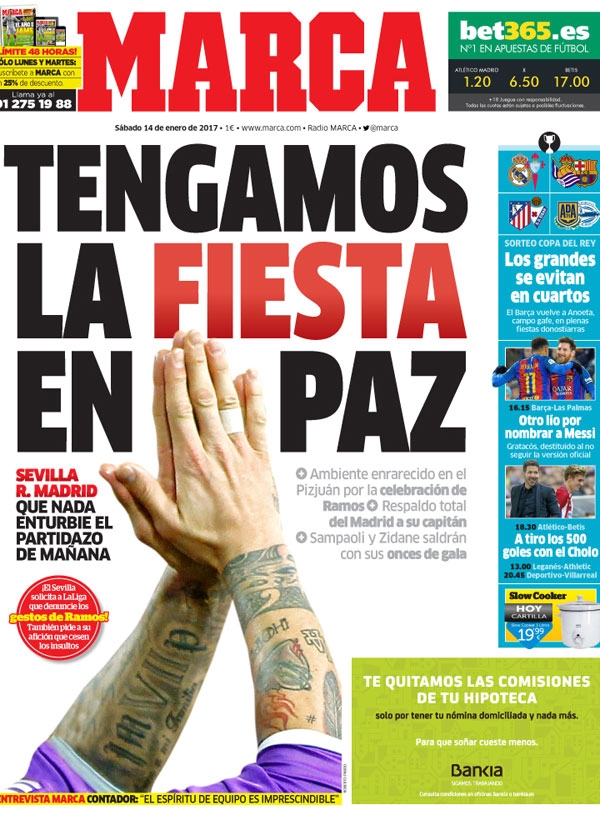 Let's have the game in peace

Let nothing cloud the game tomorrow

Rarefied atmosphere at the Pizjuan due to Ramos’ celebration

Total support from Madrid for their captain

Sampaoli and Zidane will name their strongest teams

The big boys avoid one another in the quarters

Gratacos, sacked for not toeing the party line 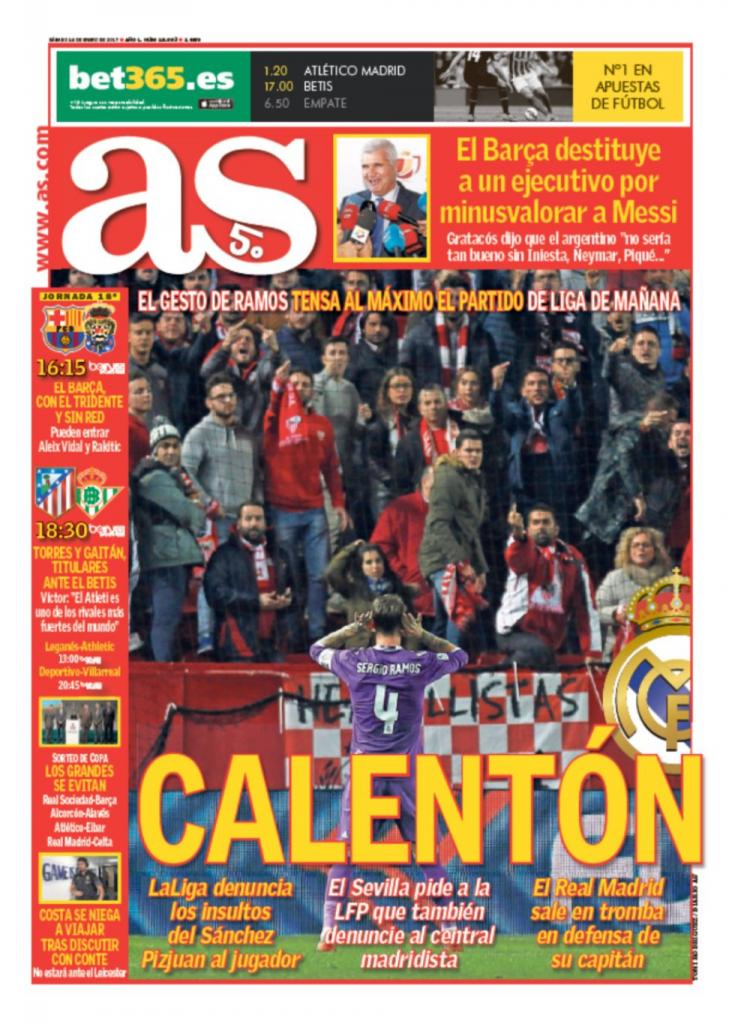 Heat of the moment

La Liga condemns the Sanchez Pizjuan’s insults to the player

Sevilla ask the LFP to also condemn the Madrid centre-back

Real Madrid come out in defense of their captain

Gratacos said the Argentine “would not be as good without Iniesta, Neymar, Pique…”

Barca, with the trident and without the supply line

Aleix Vidal and Rakitic could come in

Torres and Gaitan, starters against Betis

Victor: “Atleti are one of the best teams in the world”

The big ones avoid each other

Costa refuses to travel after arguing with Conte

Will not play against Leicester 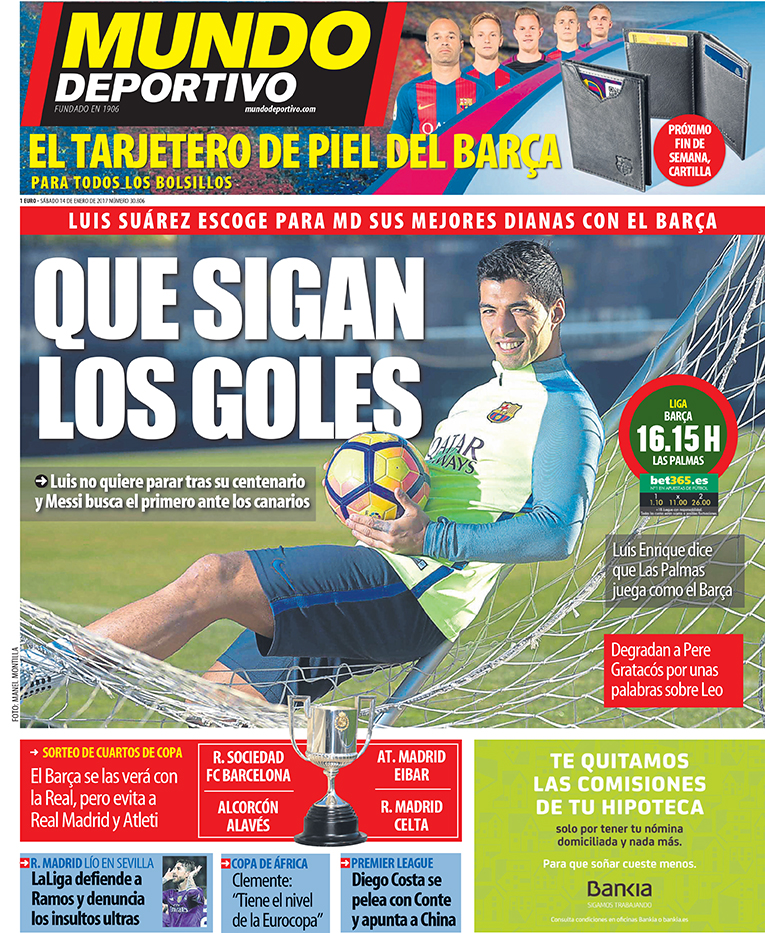 Continue with the goals

Luis Suarez picks his best targets with Barca for MD

Pere Gratacos sacked for his words about Leo

Clemente: “It’s at the level of the Euros”

Diego Costa fights with Conte and aims for China