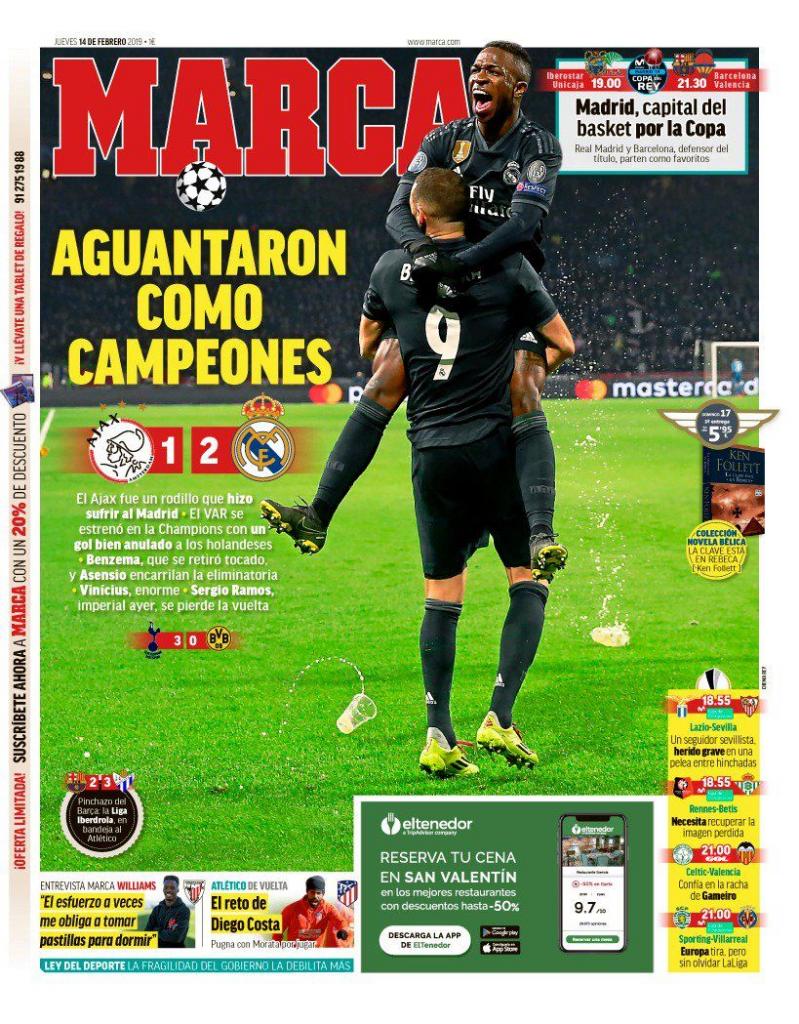 Ajax made Madrid suffer, had a goal disallowed, Benzema scores and is injured, Asensio back on track, Vinicius brilliant, Ramos imperial

The challenge of Diego Costa 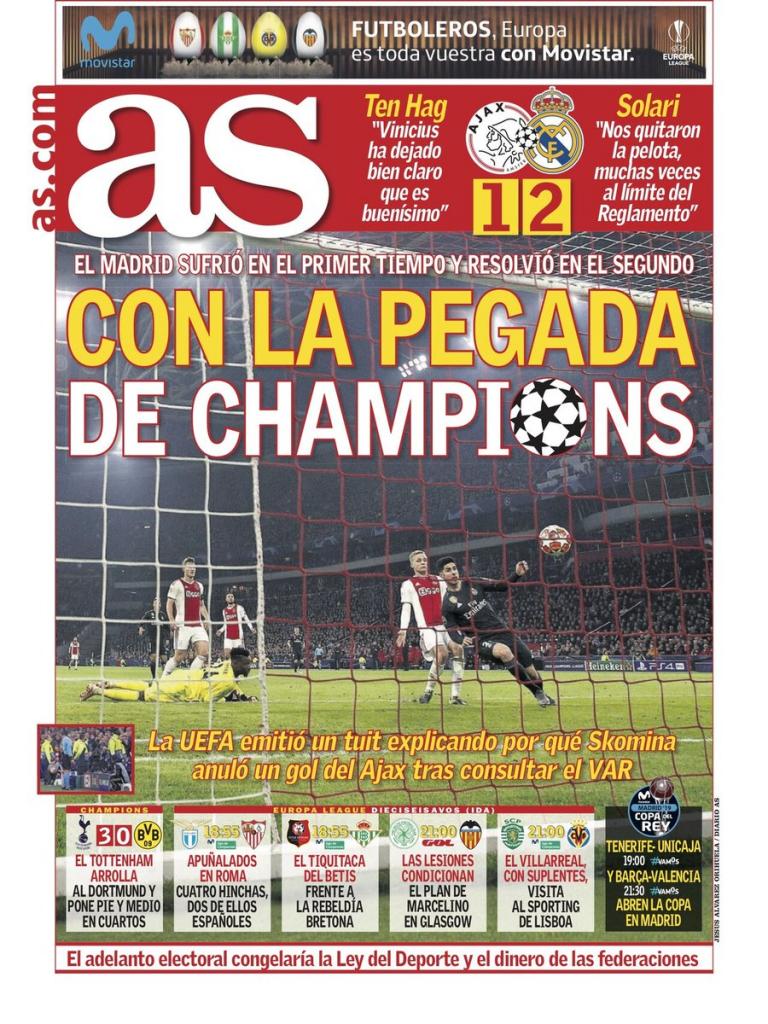 With the punch of the Champions

Madrid suffer in the first half, resolve situation in the second 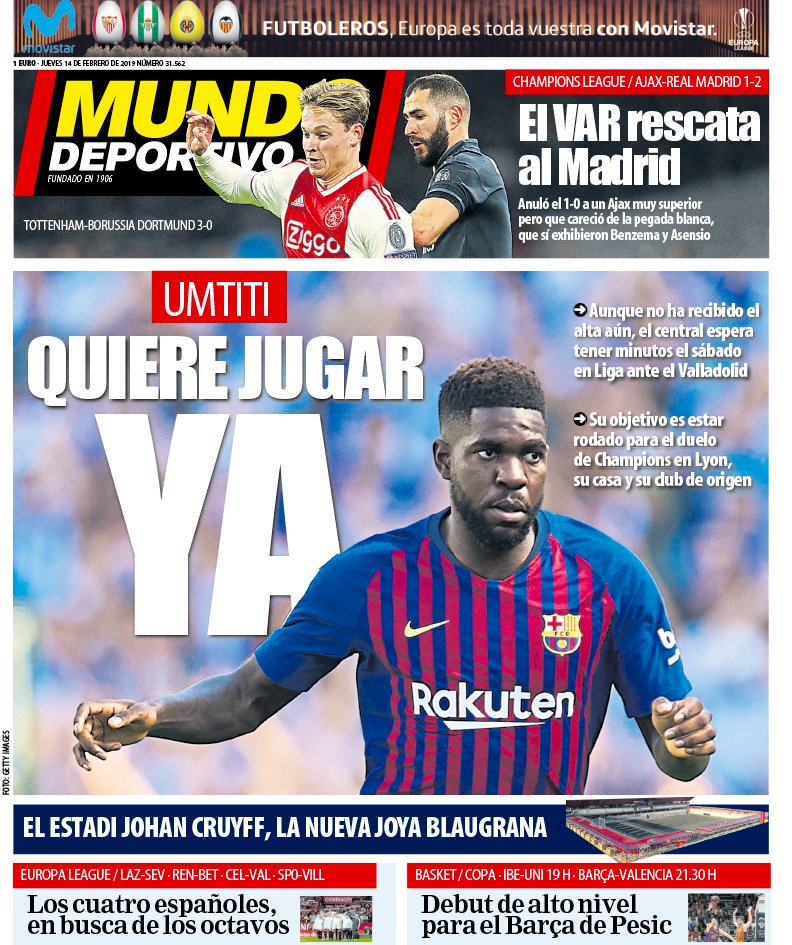 Has not yet received all-clear on injury but is keen to face Real Valladolid, his objective is to be able to face his old club Lyon in the Champions League

VAR rescues Real Madrid - goal ruled out at 0-0 for Ajax, who were superior

Four Spanish clubs in search of the last 16