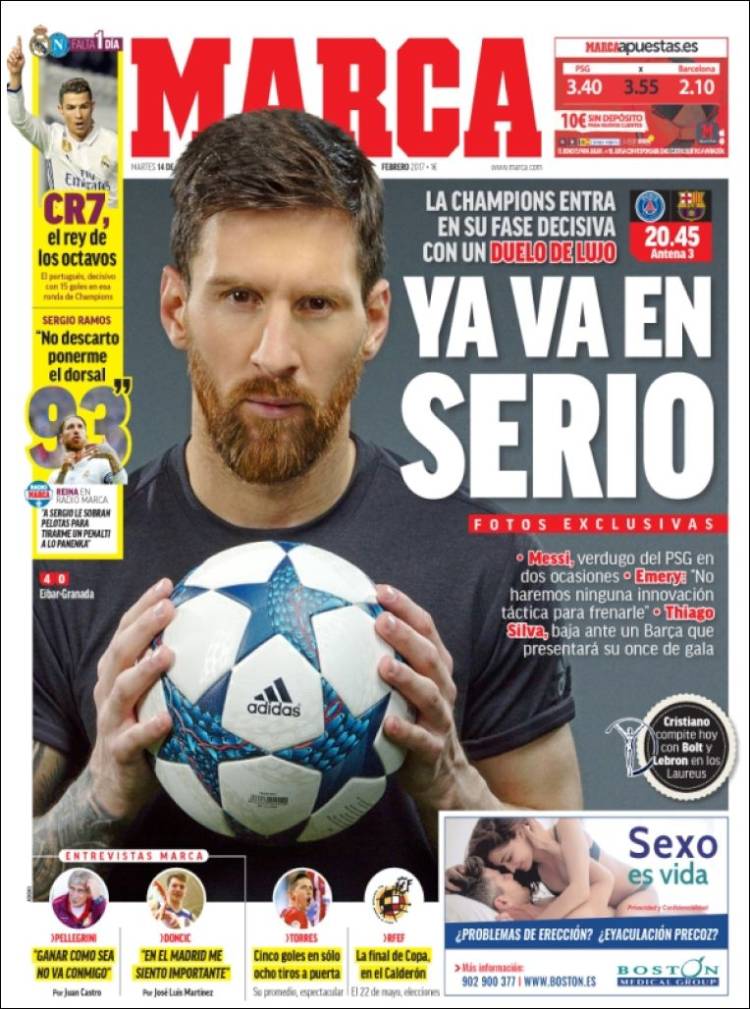 Messi - executioner of PSG on two occasions, Emery: We won't make any special tactics to stop them, Thiago Silva, a doubt for PSG's starting XI due to injury

Ramos: I don't rule out any number (for last minute goals) 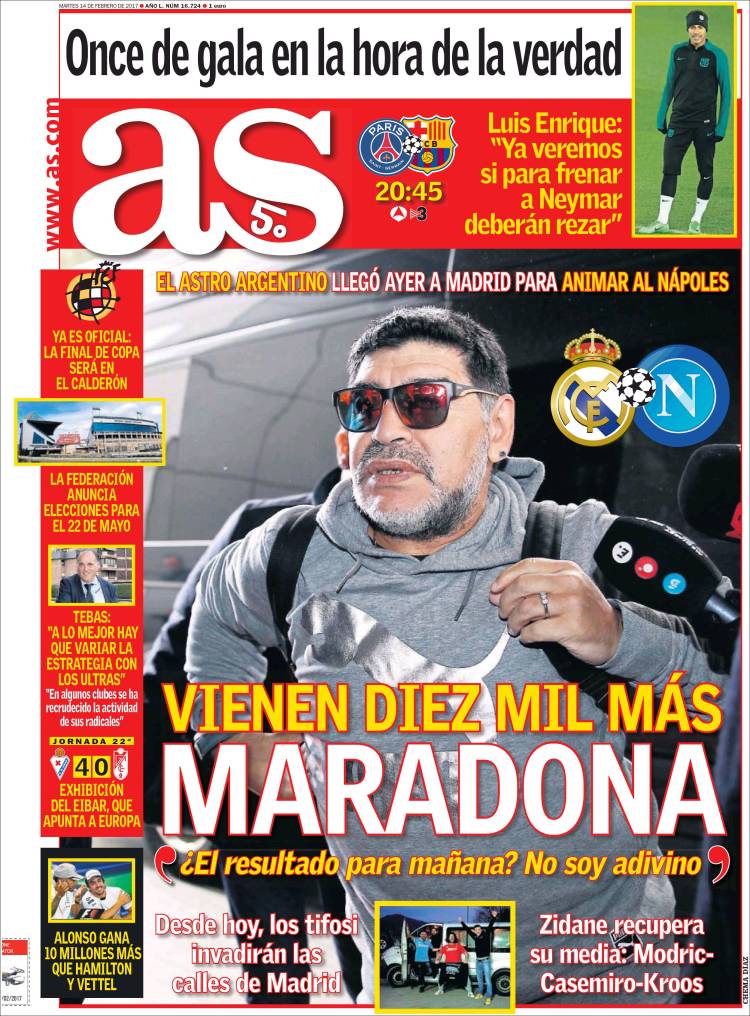 The Argentine star arrives in Madrid to support Napoli

'The result tomorrow? I'm not a fortune teller'

Strongest XI in their hour of truth

Copa final to be at Calderon

RFEF elections set for 22nd May

Tebas: You may have to vary strategy with ultras 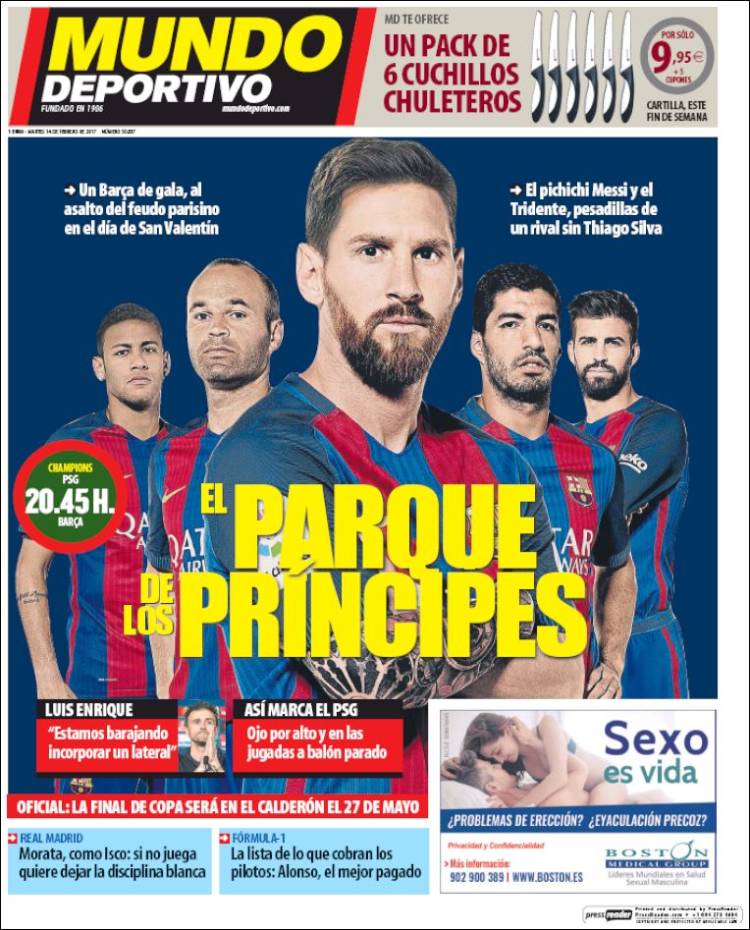 The Park of Princes

Luis Enrique: We are making changes to the side

Official: CDR final at the Calderon, 27th May