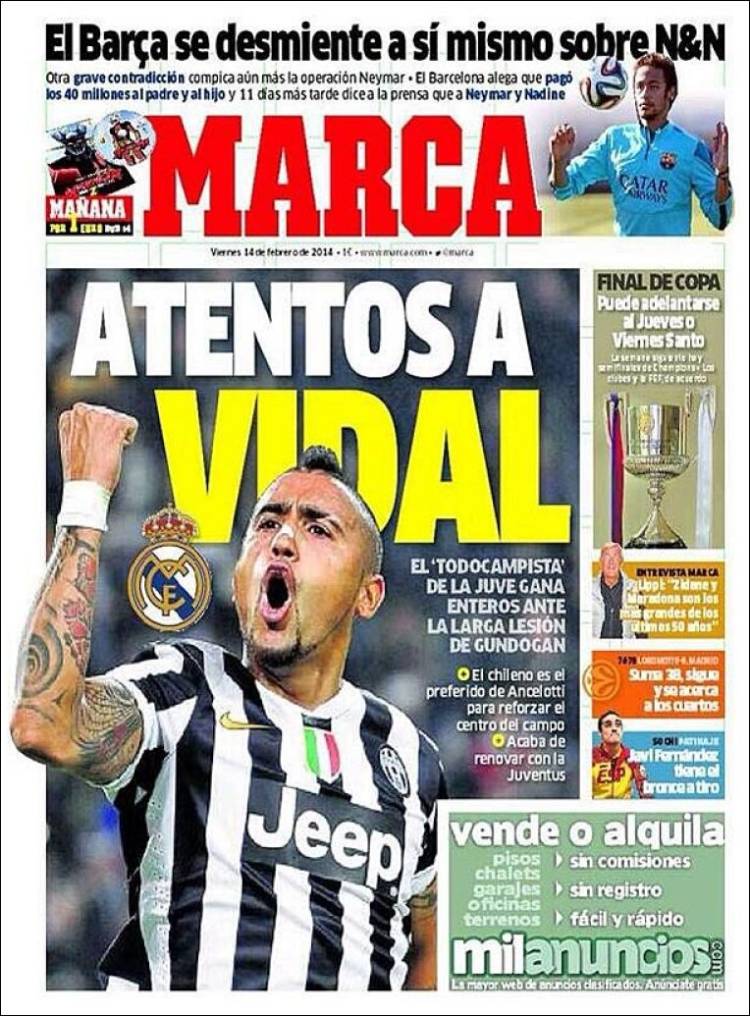 He has just renewed his contract with Juventus

Interview with Marcello Lippi: "ZIdane and Maradona are the best of the last 50 years"

Real Madrid win their 38th victory, and are closing in on the quarter finals 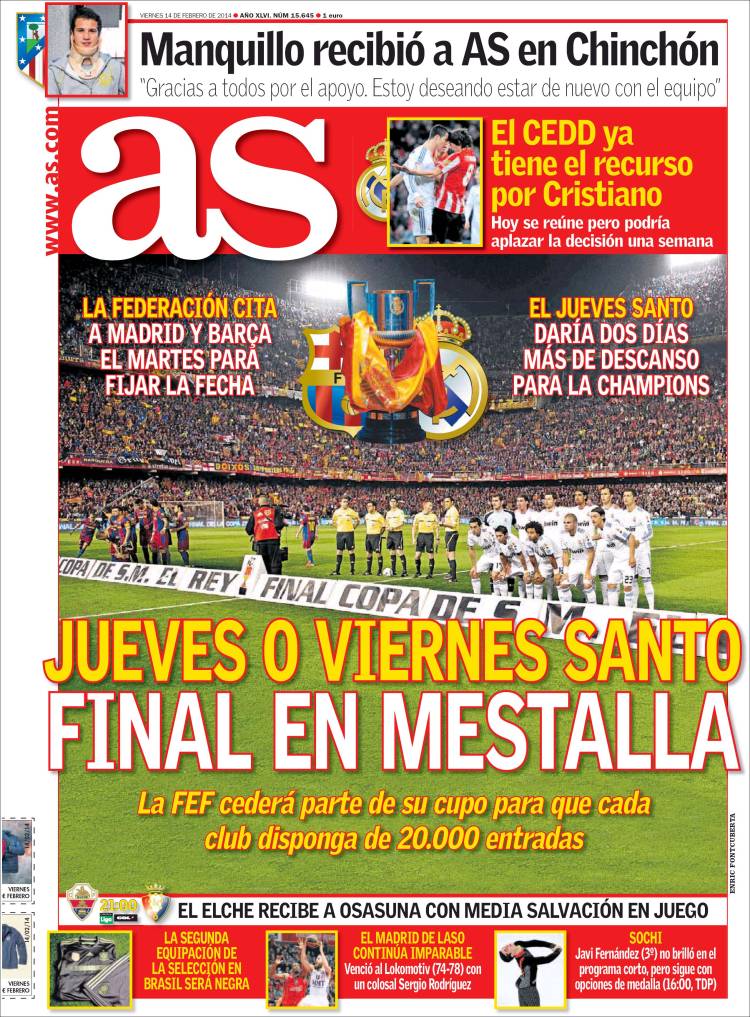 Thursday or Friday of Easter Week the final at the Mestalla

Easter Thursday would give both teams two days more of rest

Manquillo talks with AS in Chinchon

"Thanks to everyone for their support. I just want to be with the team again"

The Competition Committee have received the appeal for Cristiano's suspension, but, they are set to delay their meeting by a week

Elche welcome Osasuna in a battle for survival

The second strip for Brazil will be black

Laso's Madrid continue to march on

They beat Lokomotiv with a colossal performance from Sergio Rodriguez 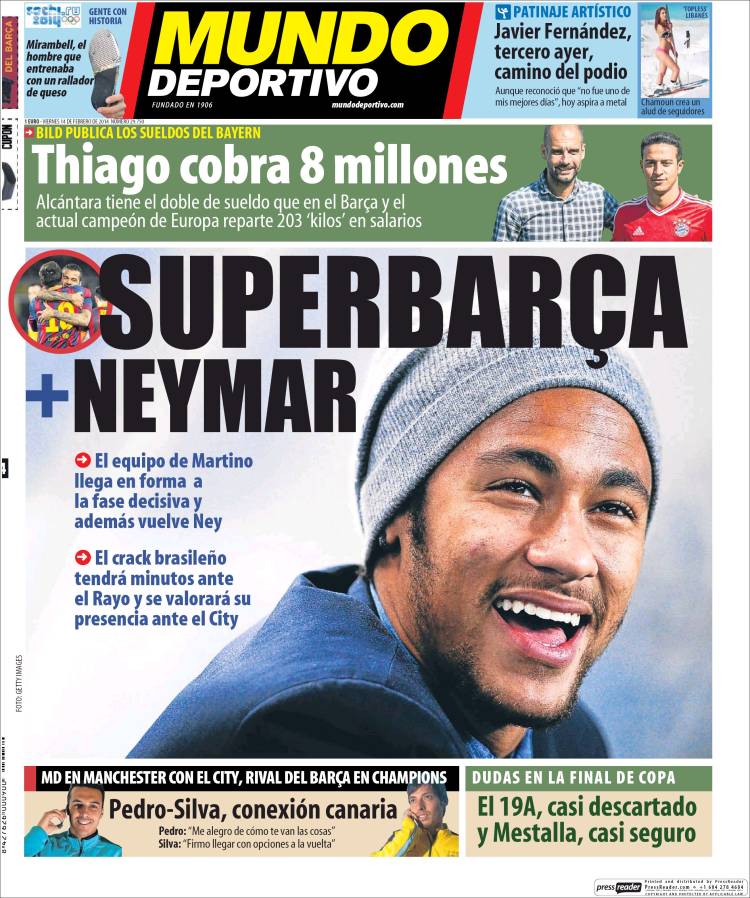 Alcantara earns twice as much as he did when at Barca and Bayern currently pay in total, €203m in salaries

Mundo in Manchester with City, Barca's rivals in the Champions League

Pedro: "I am happy with the way things are going"

Silva: "I would sign so that in the return leg we still have a chance"

Doubts over the Copa final

19th of April almost discarded but the Mestalla, almost surely