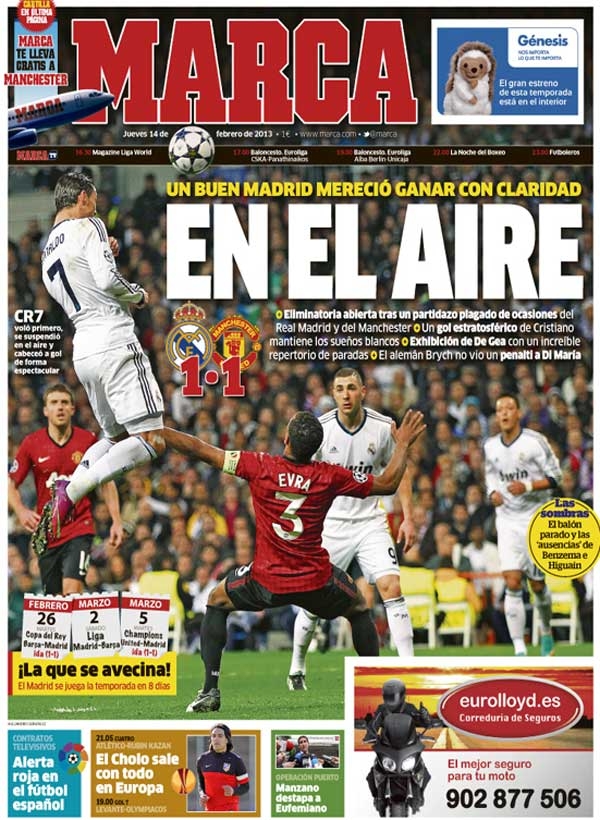 A good Madrid worthy of a clear win

De Gea puts on an incredible exhibition, making a repertoire of saves.

The ball stopped and the 'absences' of Higuain and Benzema

El Cholo going all out in the Europa 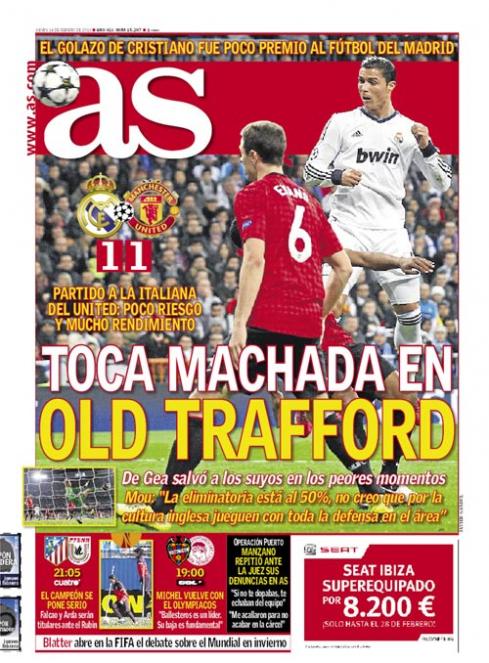 A touch of bravery needed for Old Trafford

Cristiano's great goal was a little reward for Madrid

De Gea saves his team during their poorer moments

Mou: "The tie is 50/50, I do not think that given the culture of English football they will not play all out defensively"A

Atletico: The champions gets serious as Arda and Falcao are included in the starting team for the game against Ruben

Michel returns to Olympiakos, "Ballesteros is a leader, his loss is crucial"

Operation Puerto: Manzano repeats before the judge the revelations exposed to AS, "If they did not dope you, they kicked you out of the team", "They silenced me so I did not go to jail"

Blatter opens the FIFA debate across the world in winter 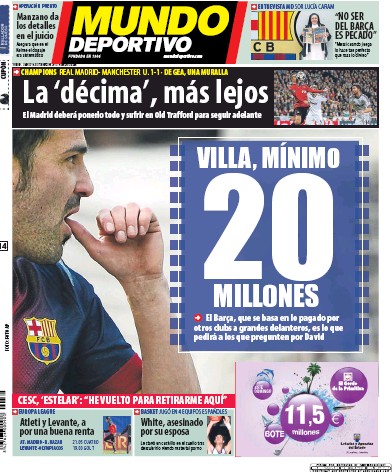 La Decima gets further away

Interview with Sor Lucia Caram: To not be Barca is a sin, "Messi when he plays he is so perfect he nears on divine

Atleti and Levante looking to increase their income

Cesc: "I have returned to retire here"