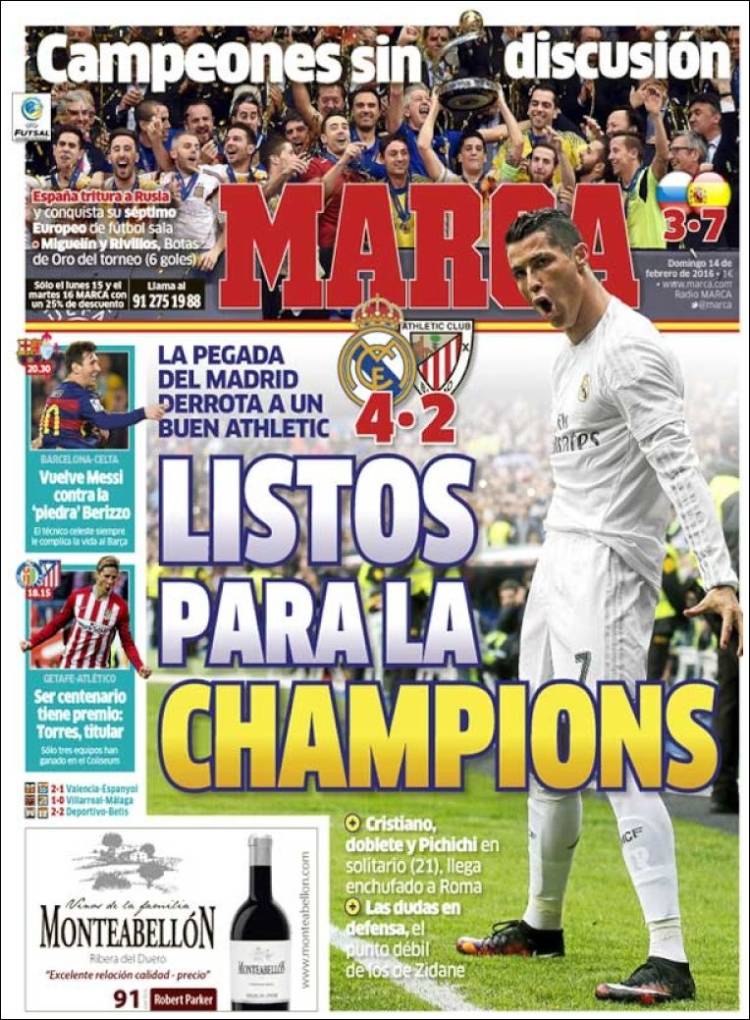 Ready for the Champions League

Doubts in defence, the weak point of Zidane’s men

Messi back against the ‘stone’ Berizzo

Being a centurion has its rewards: Torres starts

Only three teams have won at the Coliseum 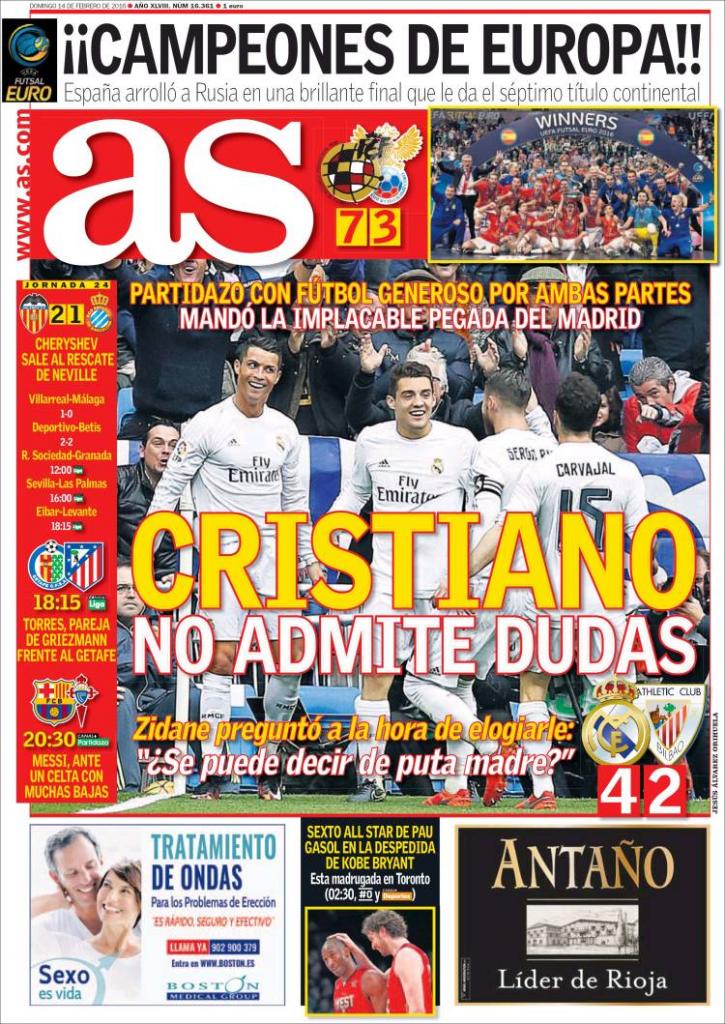 Cristiano is beyond question

A great game with generous football from both teams

Zidane said when praising him: “He had a bloody good game”

Messi faces Celta, who have many casualties 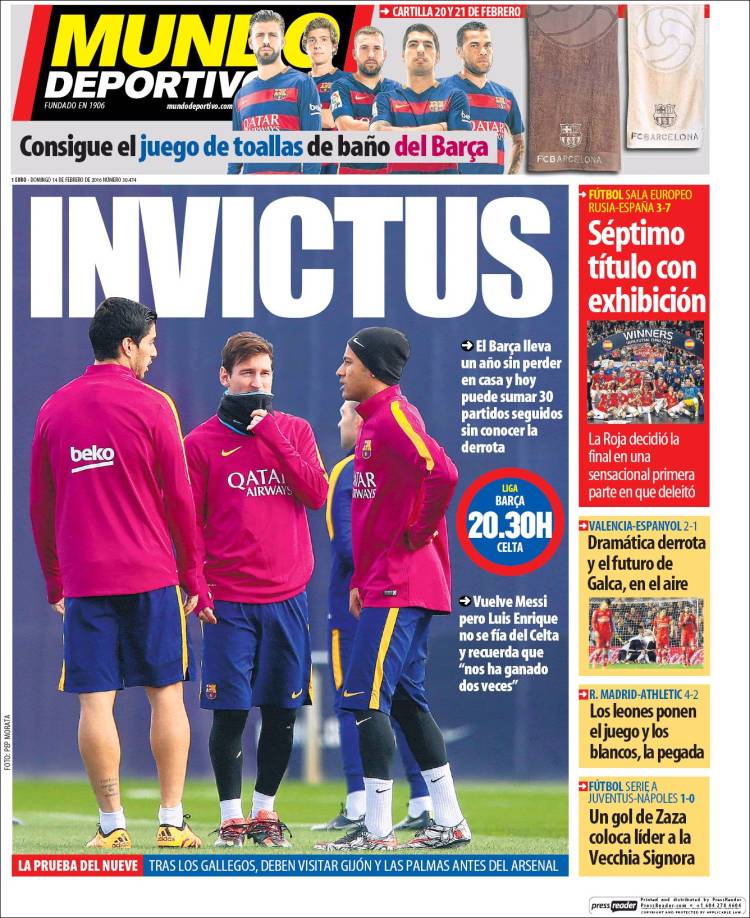 The proof is in the pudding

After the Galicians, they will travel to Gijon and Las Palmas before Arsenal

Dramatic defeat and Galca’s future is up in the air

Los Leones played their game, but Los Blancos had zip

A goal from Zaza sends the Old Lady top