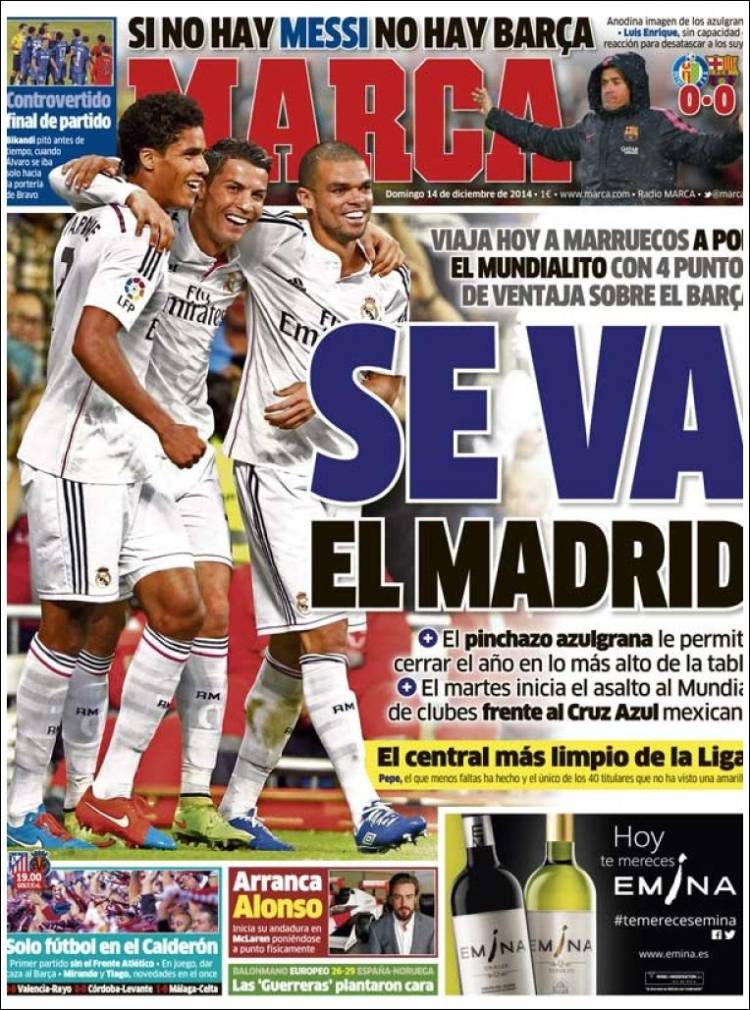 The cleanest centre-back in the League: Pepe, the one who has made least fouls and of the 40 in the starting line-ups and has been given the least yellow cards

A dull image from the Blaugrana: Luis Enrique, without the ability to react to get his men out of a jam

Controversial end to the game: the referee whistled before time when Alvaro was alone and bearing down on Bravo’s goal

Only football at the Calderon: first game without the Frente Atletico

All on in the hunt for Barca

Miranda and Tiago, new names in the starting XI 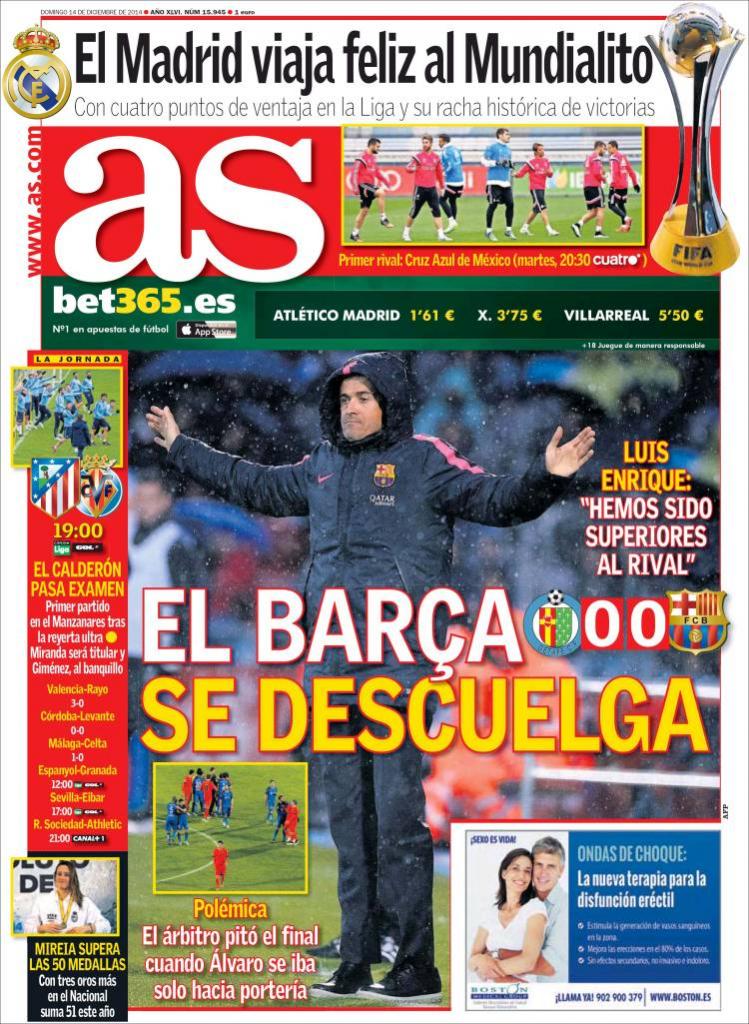 Luis Enrique: “We were superior to our opponents”

Controversy: the referee signalled the end when Alvaro was alone going towards goal

Madrid go to the World Club Cup happy, with a four-point advantage in the League and their historic run of victories

The Calderon passes the test

First match at Manzanares after the Ultra brawl 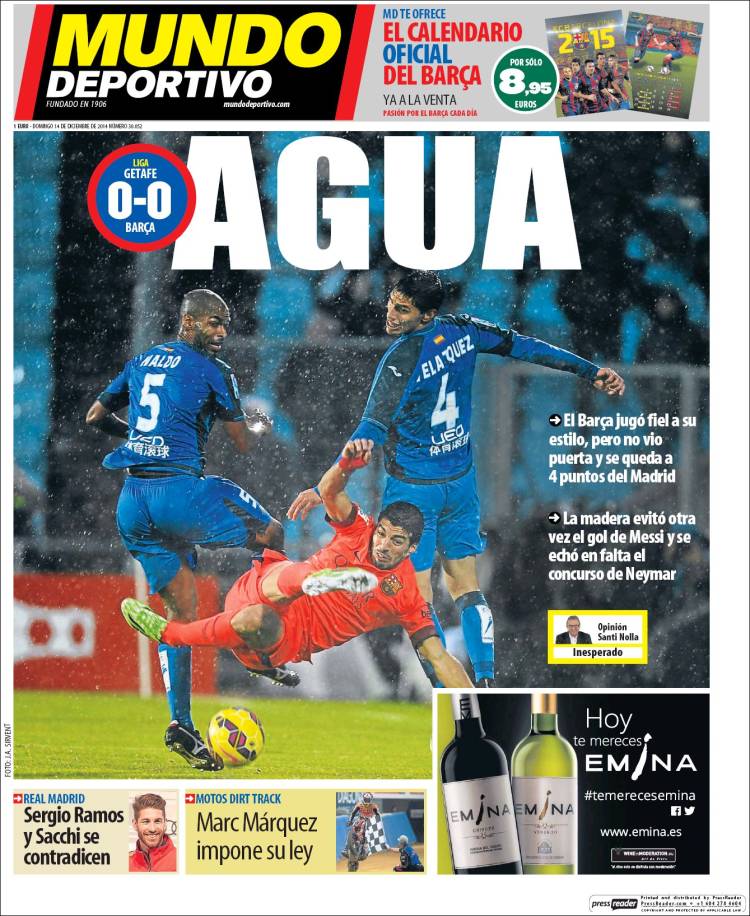 Sergio Ramos and Sacchi contradict themselves