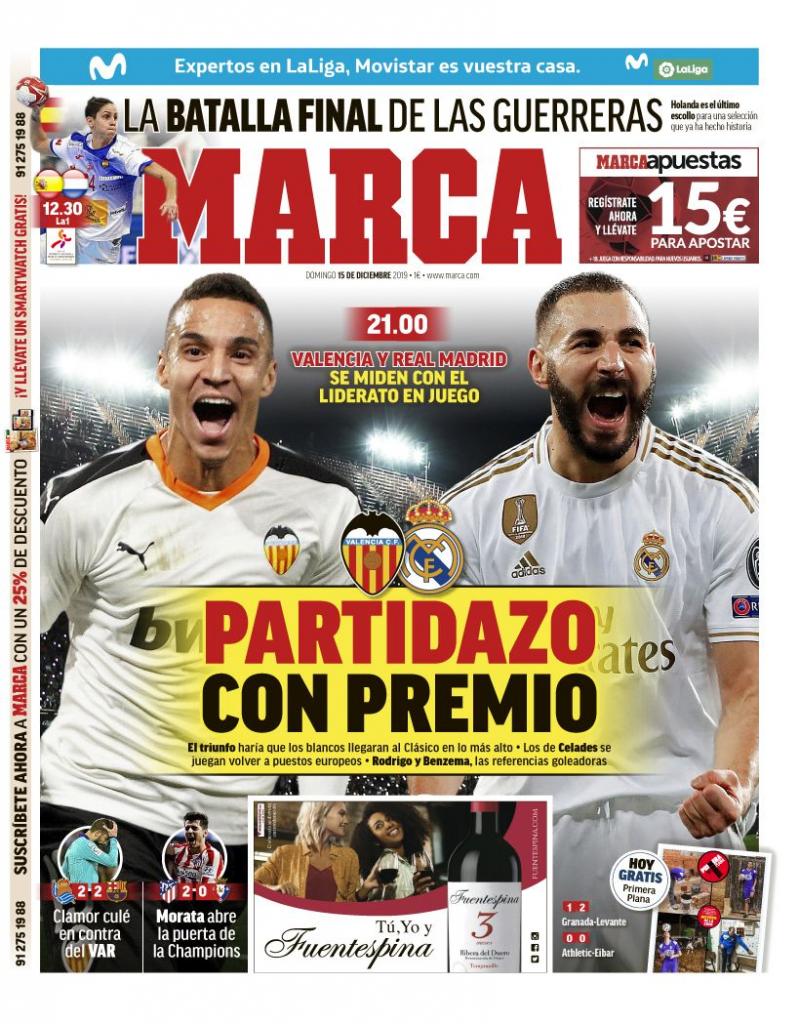 REAL MADRID: Super Game With A Prize - Real Madrid can go top of La Liga, ahead of El Clasico, if they win away at Valencia.

REAL MADRID: Albert Celades' side are aiming to return to the European qualification spots, with Karim Benzema and Rodrigo Moreno set to be the key figures. 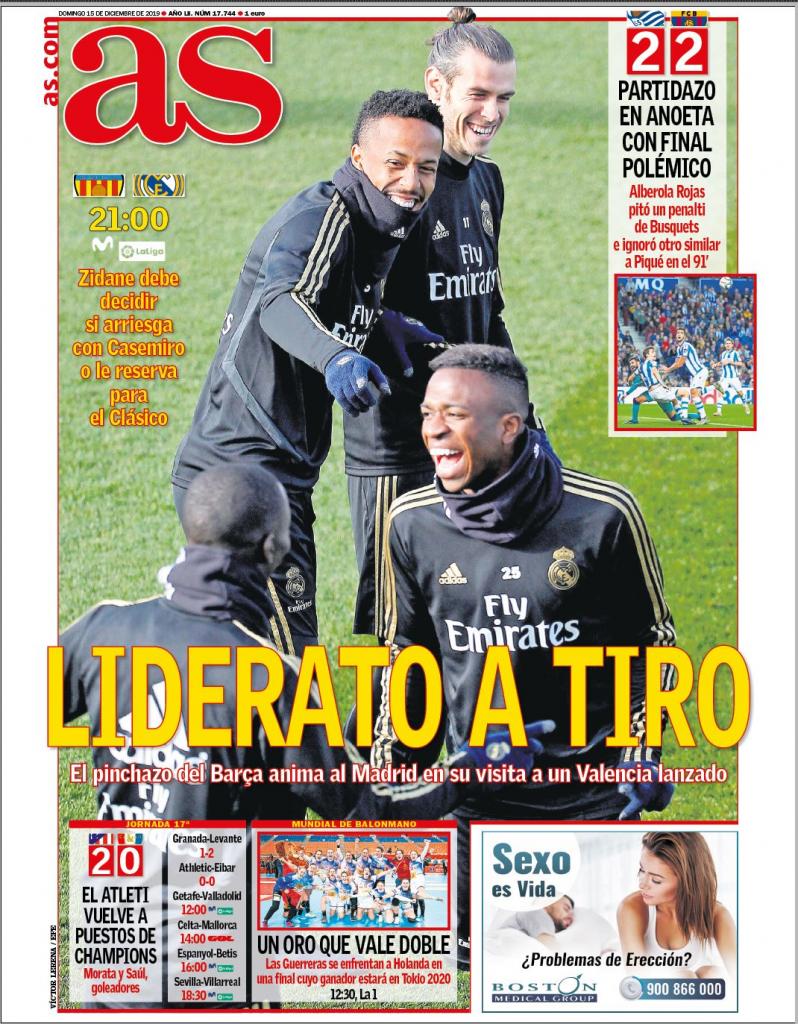 REAL MADRID: Leadership Target - Barcelona's slip against Real Sociedad puts Real Madrid in position to top La Liga if they can win at in form Valencia.

REAL MADRID: Zinedine Zidane must decide to whether to risk playing Casemiro against Valencia, as he is one booking away from missing El Clasico.

BARCELONA: Barcelona draw 2-2 in a thriller at the Anoeta against Real Sociedad, but the champions were left frustrated with referee Javier Rojas, who awarded a penalty against Sergio Busquets, but ignored a late appeal from Gerard Pique. 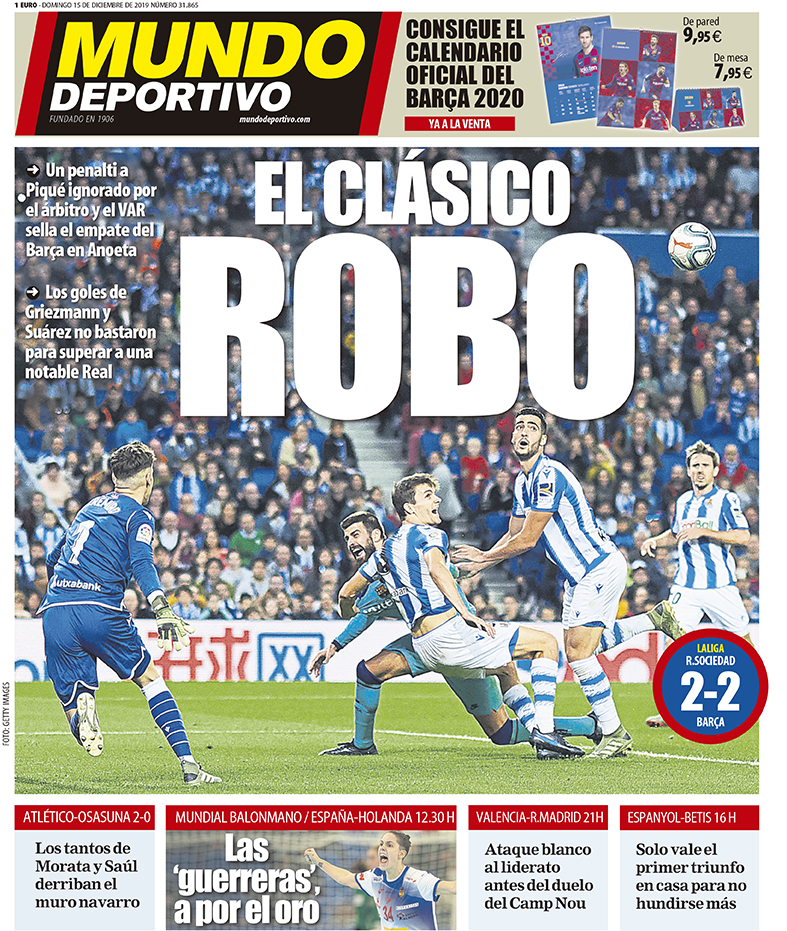 BARCELONA: El Clasico Stolen - Gerard Pique has a late penalty call ignored by the referee and VAR, as Barcelona slip to a 2-2 draw away at Real Sociedad.

BARCELONA: Goals from Antoine Griezmann and Luis Suarez were not enough to secure a vital win for Ernesto Valverde's side ahead of the midweek El Clasico.

REAL MADRID: Real Madrid will be aiming for a win against Valencia, to top La Liga, ahead of their El Clasico trip to the Camp Nou.