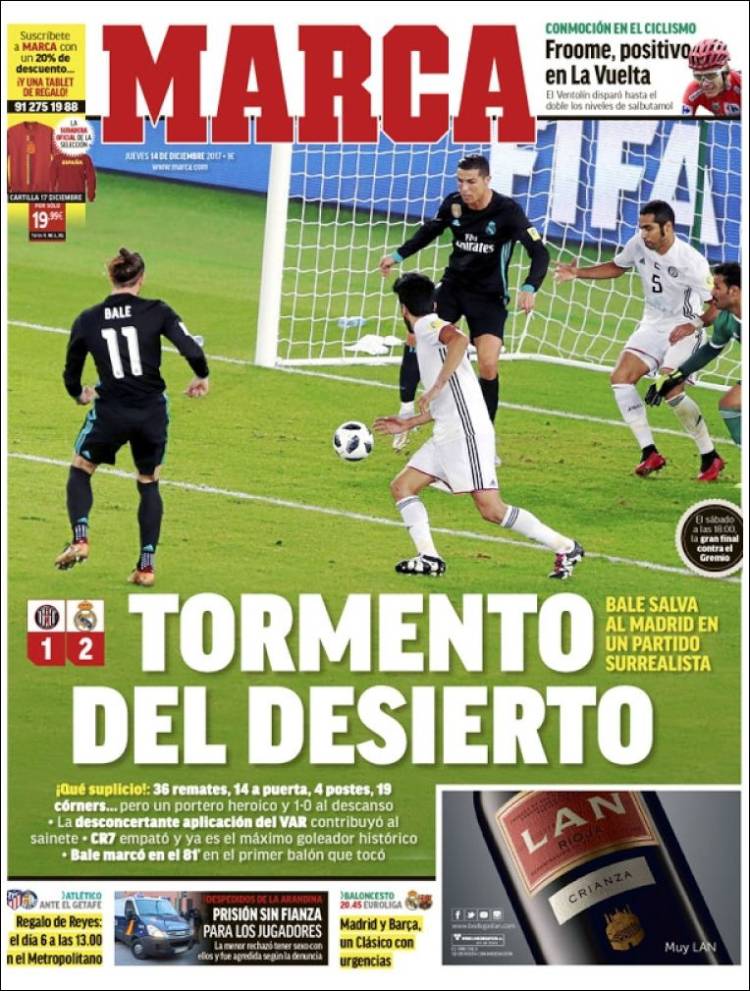 Torment in the desert

36 shots, 14 on target, 4 hits of the post, 19 corners...but a heroic goalkeeper kept it scoreless and hosts led 1-0, confusing application of VAR, Cristiano now the highest scorer in CWC history, Bale scores with first touch of the ball 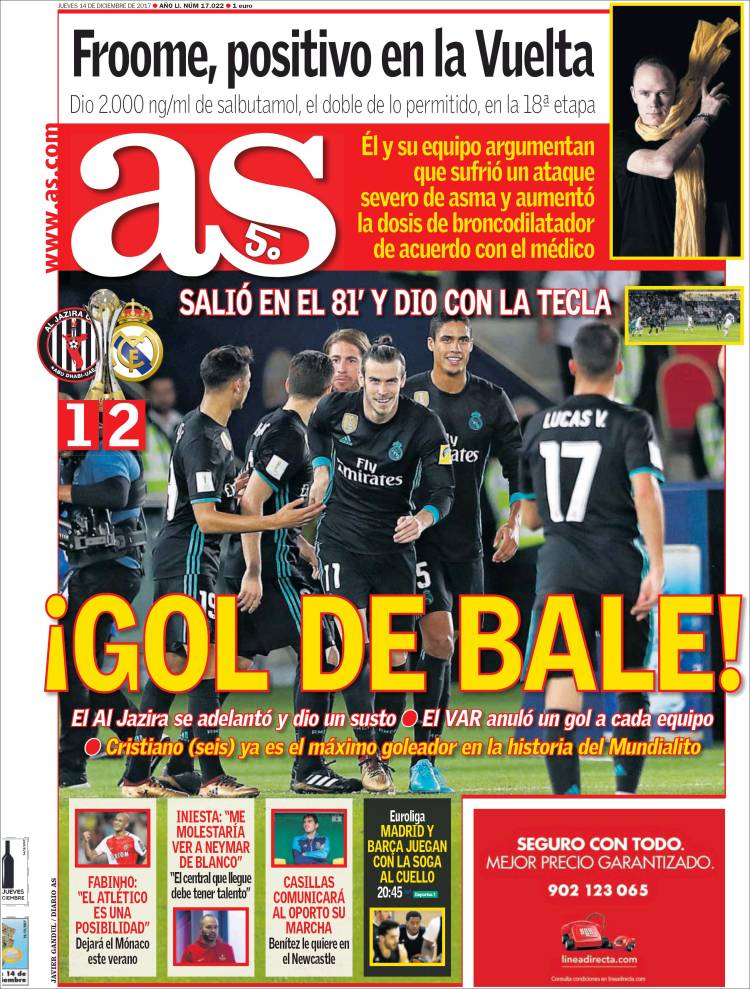 Fabinho: Atletico is a possibility

Iniesta: It bothers me to think of Neymar in white 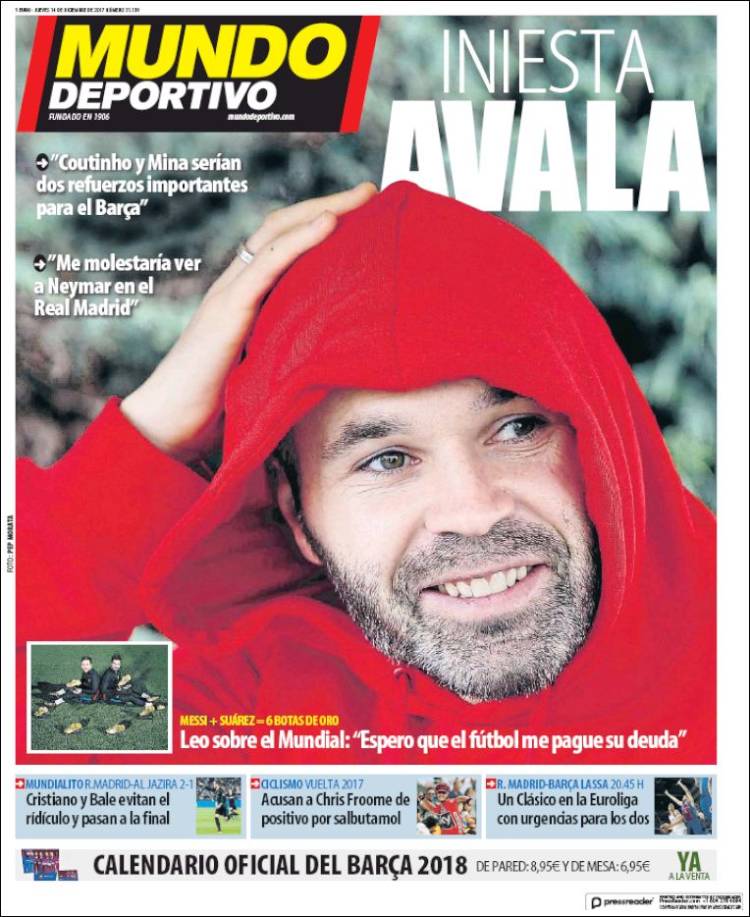 "Coutinho and Yerry Mina would be two good signings for Barca"

"It bothers me to see Neymar in white"

Messi on the World Cup: "I hope football pays me it's debt'

Cristiano and Bale goals avoid Madrid embarrassment, through to final