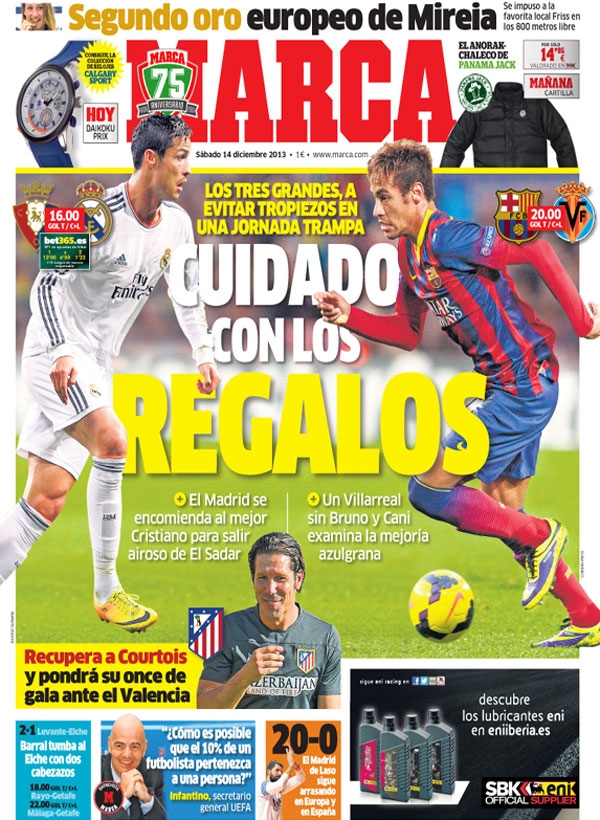 The big three trying to avoid setbacks in a tricky match-day
Take care with the gifts
Madrid are entrusting in Cristiano to pass their test with flying colours
Villarreal without Bruno and Cani will test an improved Azulgrana
Courtois recovers and could be in the team against Valencia
"How is it possible than 10 per cent of a footballer is owned by one person?" - Infantino, secretary general of UEFA
Barral defeats Elche with two headed goals
A second gold for Mireira 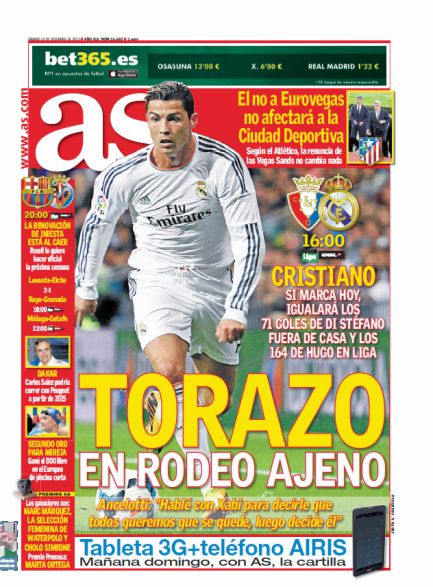 The best in a strange land
Cristiano, if he scores today, will equal Di Stefano's record of 71 goals away from home as well as reach Hugo's La Liga record of 164 goals
Ancelotti: "I spoke with Xabi to tell him that we all want him to stay, he will decide later"
Eurovegas collapse will not affect the Ciudad Deportiva
Atletico insist their plans have not changed
The renewal of Iniesta almost done
Rosell wants it completed next week
Dakar Carlos Sainz could race with Peugeot from 2015
Second gold for Mireira 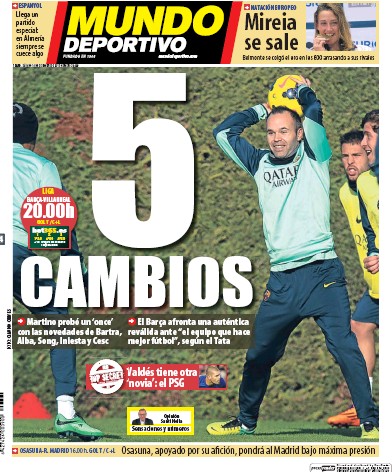 Five changes
Martino tested an eleven with Bartra, Alba, Song, Iniesta and Cesc
Barca face a real rival who according to Tata "play the best football"
Valdes has another girlfriend, PSG
Osasuna, supported by their home fans, could put Madrid under pressure
Mireia rises up