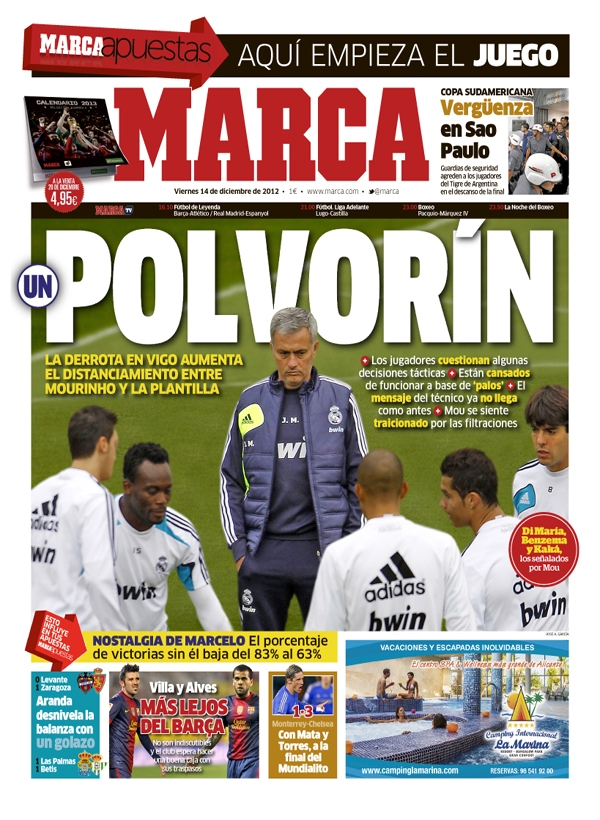 Powder keg: The defeat to Vigo has augmented a growing distance between Mourinho and his team

The players question some of his tactical decisions; they are tired of working by boring means; the message of the coach is not getting to through to his players like before; Mou feels betrayed

Villa and Alves are far away from Barca: They are not indispensables and the club hopes to make a good return from the transfers

Monterrey 1-3 Chelsea: Mata and Torres lead the Blues to the final of the Club World Cup

Aranda makes the difference with a golazo late on

Nostalgia of Marcelo; 83 per cent winning ratio with the Brazilian, 63 per cent without him 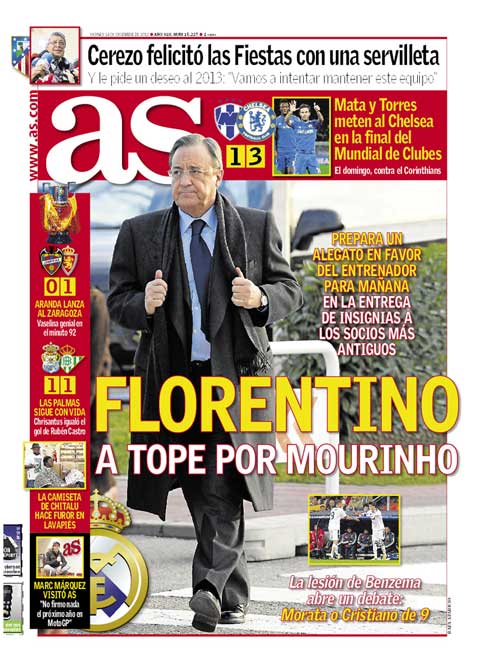 The injury to Benzema opens a debate: Morata or Cristiano for number 9

Mata and Torres put Chelsea into the final of the Club World Cup; they play Corinthians this Sunday

Levante 0-1 Zaragoza: Aranda leads Zaragoza with a great strike in the 92nd minute

The shirt of Chitali causes a fury in Lavapies

Marc Marquez visits AS: I have not signed nothing for next year’s motoGP season

Cerezo welcomes the Christmas festivities with a napkin

Asked of his desire in 2013, Cerezo responds, “We will try and keep our team” 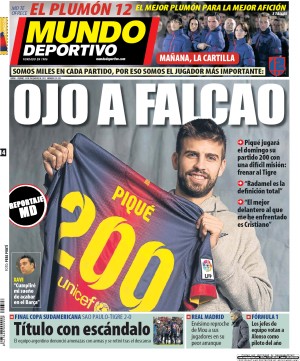 Pique to play on Sunday his 200th game with a difficult mission: to put the brake on Falcao

Pique: Radamel the definition of a total striker

Pique: The best forward that I have faced is Cristiano

Xavi: It is my dream to finish my career at Barcelona

A scandalous title; the Argentines threaten with trouble and retire after the break

Real Madrid: The umpteenth reproach from Mou of his players in his worst start

Formula 1: The teams bosses vote Alonso as driver of the year