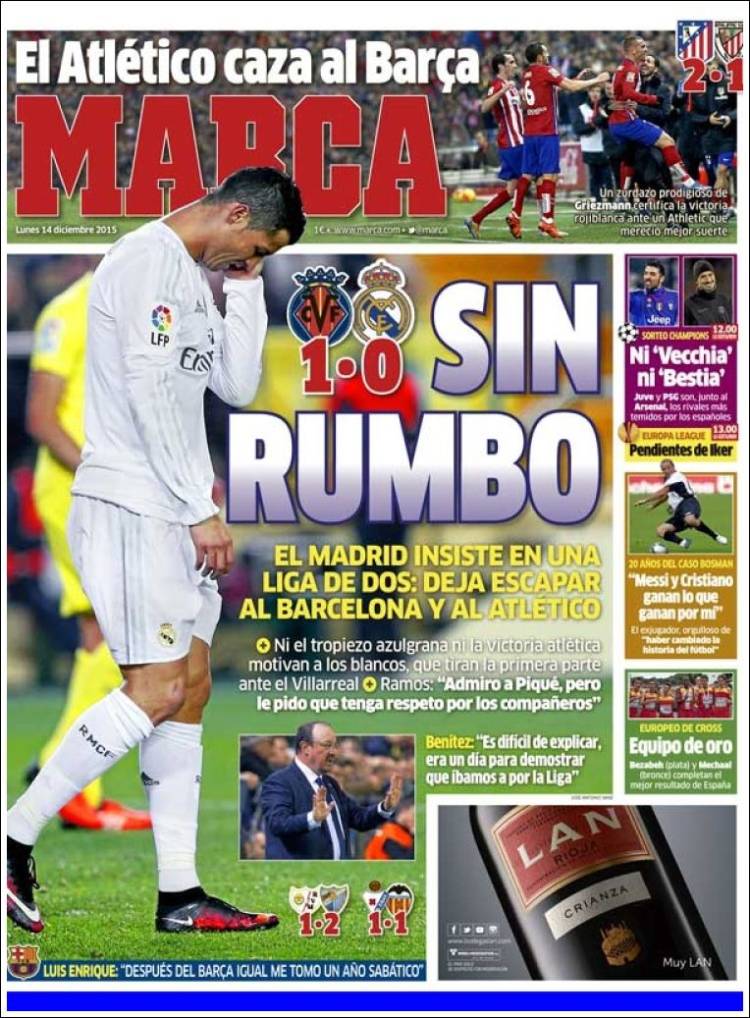 Madrid insist on a two-way La Liga: they allow Barcelona and Atletico to escape

Neither Barca stumbling or Atletico winning motivates Los Blancos, who pay for their first half against Villarreal

Ramos: “I admire Pique, but I ask him to respect his fellow professionals”

Benitez: “It’s hard to explain, it was a day to demonstrate that we could win the League”

Luis Enrique: “After Barca, I will take a sabbatical”

A prodigious, left-footed shot from Griezmann confirms Atleti’s win against Athletic, who deserved a better result

Juventus and PSG, along with Arsenal, are most feared by Spanish clubs

Twenty years of the Bosman rule

“Messi and Ronaldo earn what they earn thanks to me” 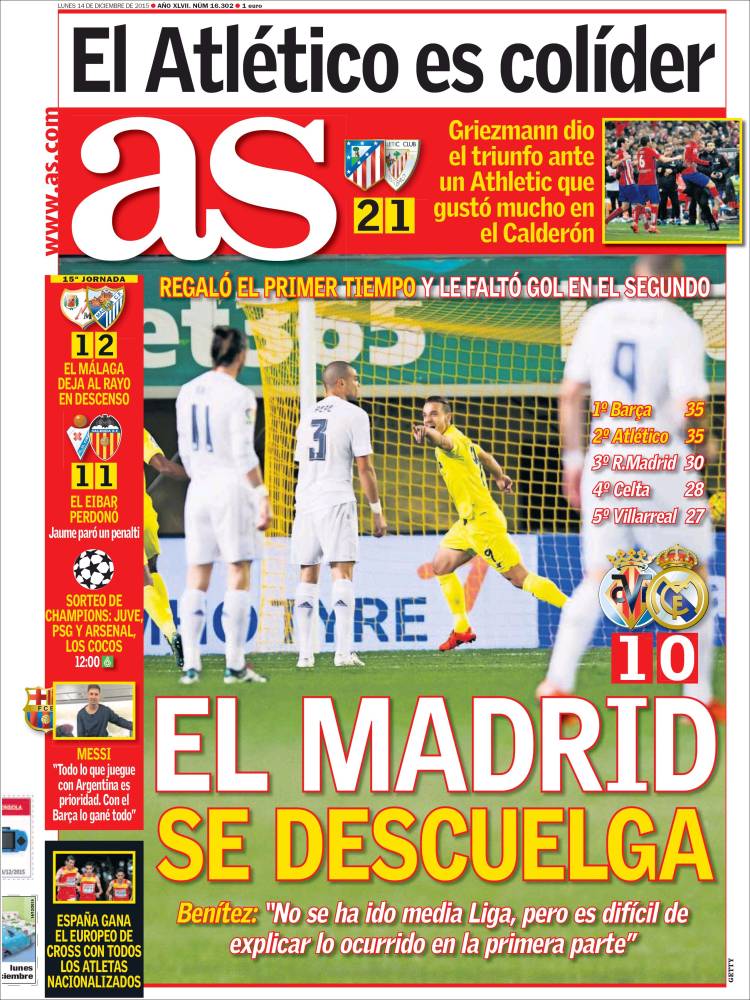 Benitez: “We are not yet halfway through the season, but it is difficult to explain what happened in the first half”

Messi: “Everything I play for with Argentina is a priority. With Barca, I have won everything” 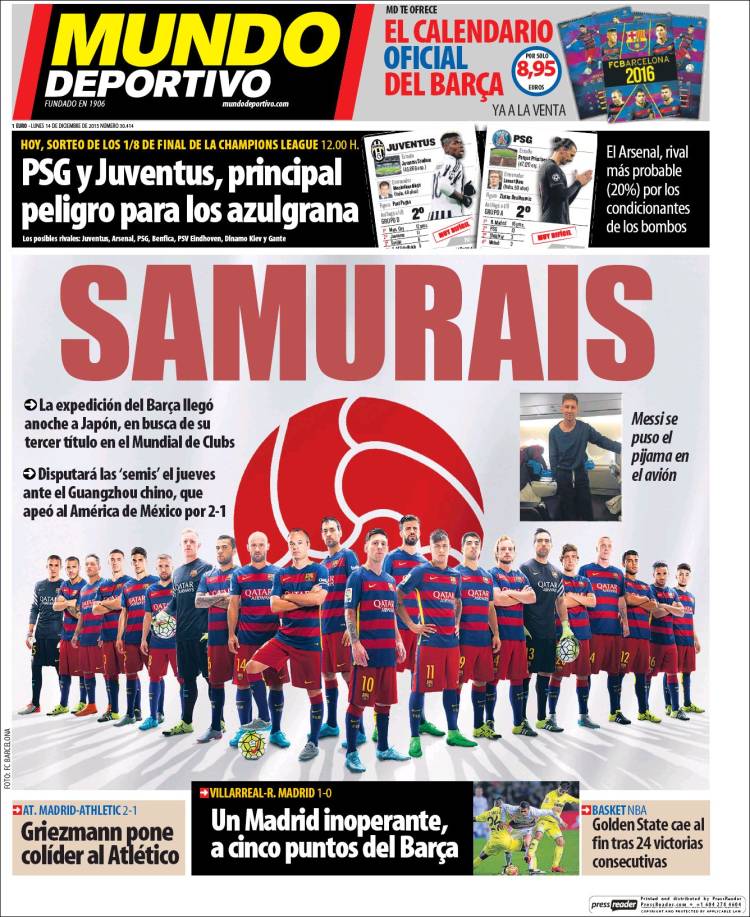 Messi wore pyjamas on the plane

PSG and Juventus, the biggest threats to Barca