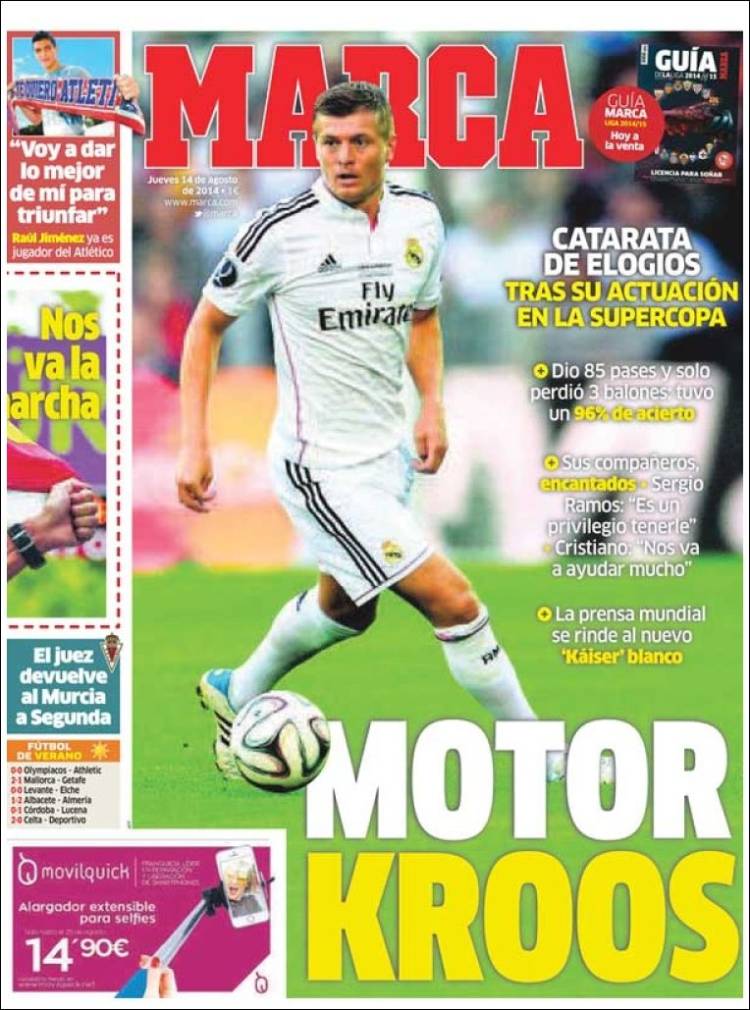 A mountain of praise after his performance in the Super Cup

He gave 85 passes and only lost three balls, he had an accuracy of 96%

His teammates are delighted

Sergio Ramos: 'It's an privilege to have him'

Cristiano: 'He is going to help us a lot'

'I am going to give my best to succeed'

The judge returns Murcia to Segunda 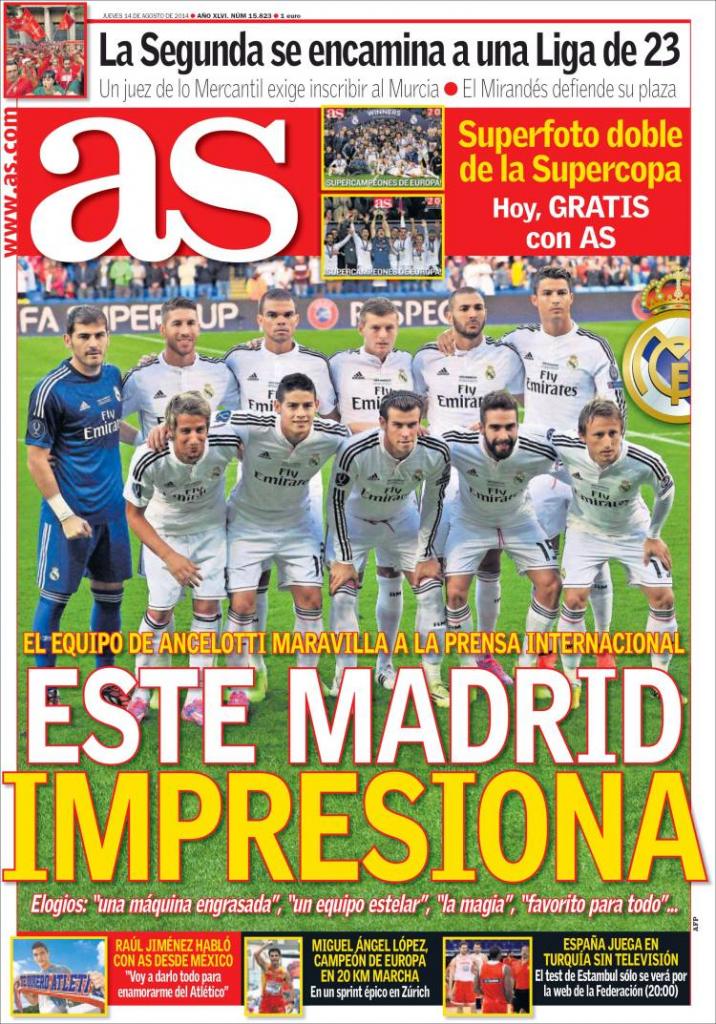 La Segunda on route for a League of 23

A commercial judge calls for the inscription of Murcia

Raul Jimenez speaks to AS from Mexico 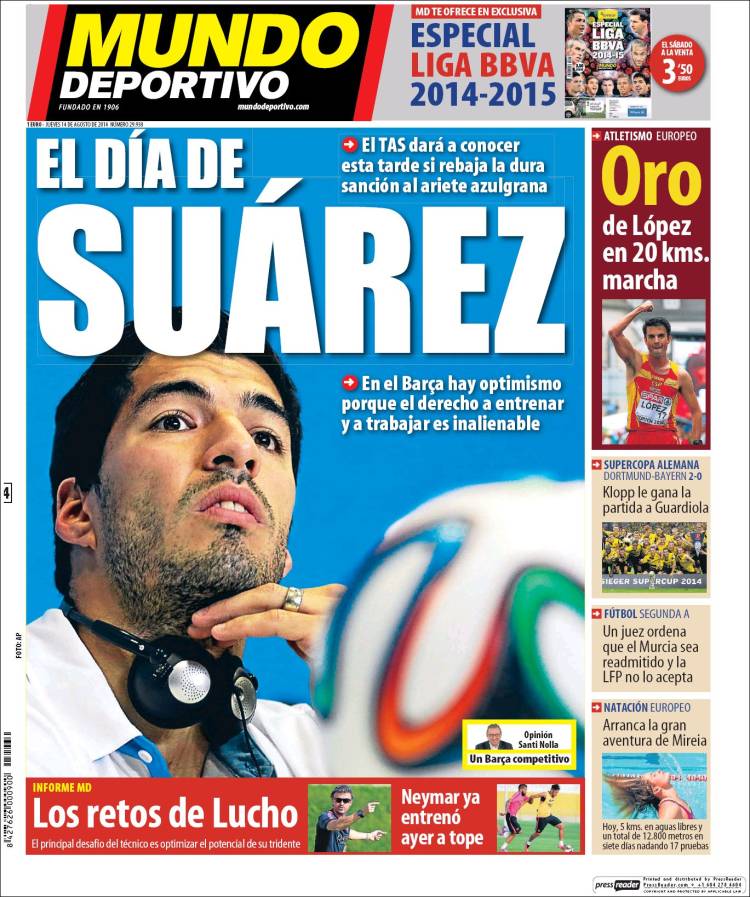