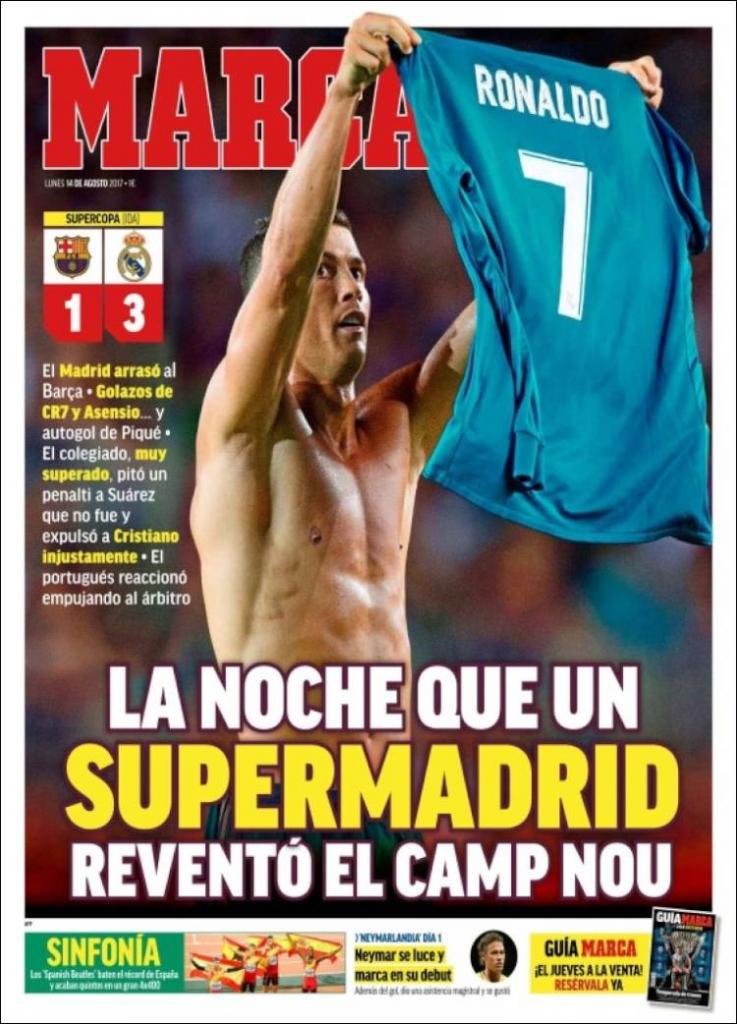 A night where super Madrid blew up the Camp Nou

Madrid destroy Barca, golazos from Ronaldo, Asensio and a Pique OG, a non-existent penalty on Suarez, an unjustRonaldo red

Neymar scores on his debut 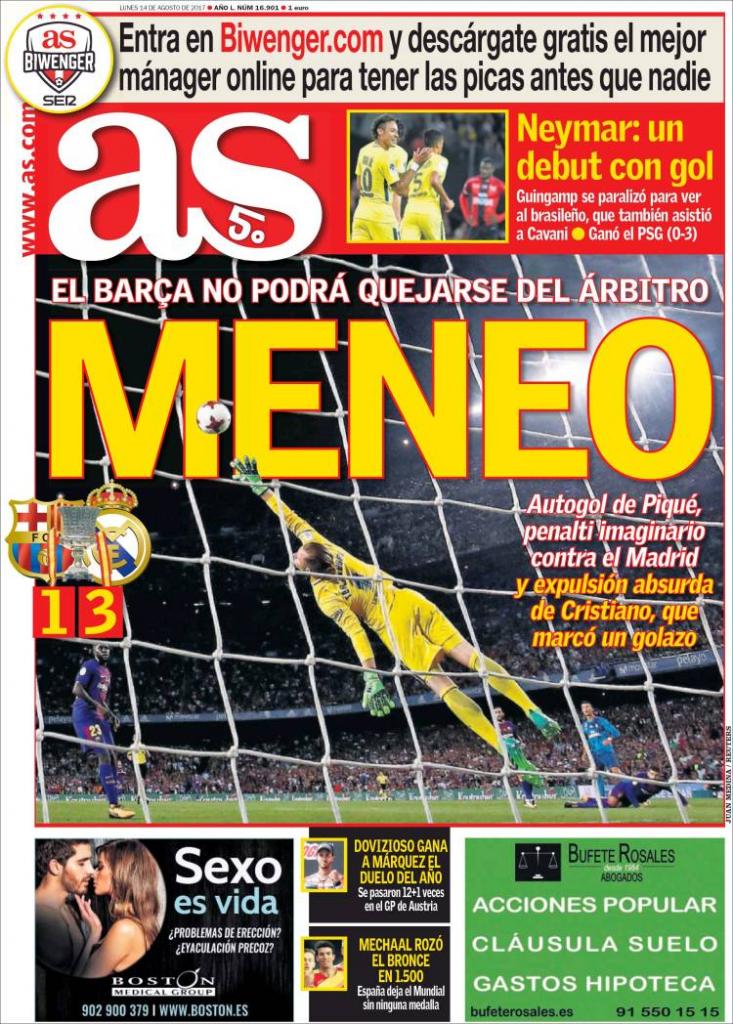 Barca can't complain about the referee

Own goal from Pique, an imaginary penalty against Madrid, an absurd Ronaldo red after his golazo

Neymar debuts with a goal - PSG win 3-0 at Guingamp 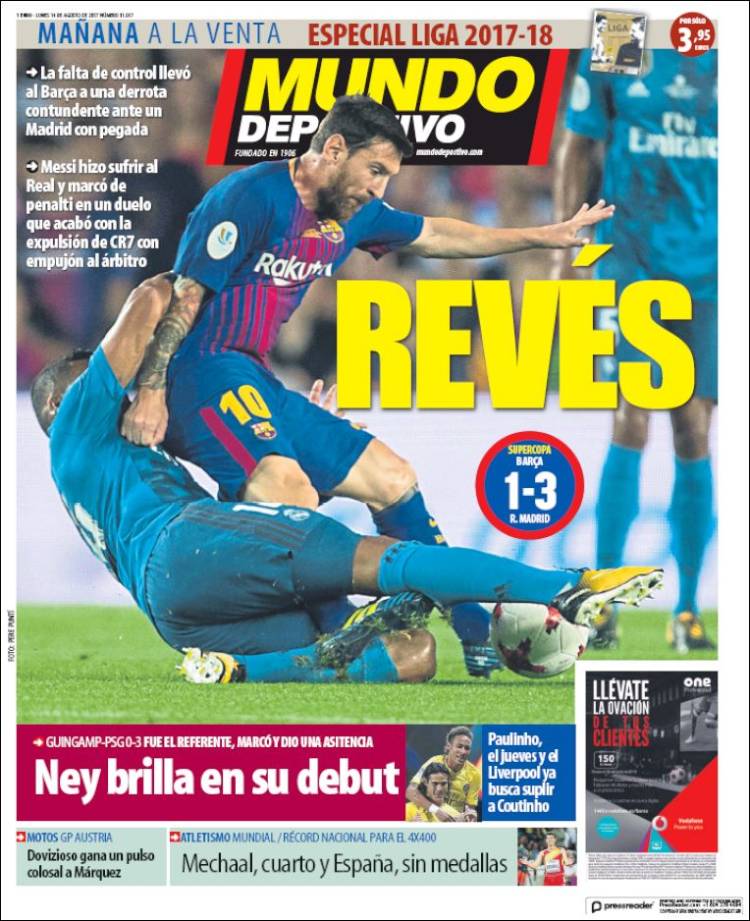 An overwhelming defeat against Madrid, Messi made to suffer, scores a penalty, Ronaldo sent-off