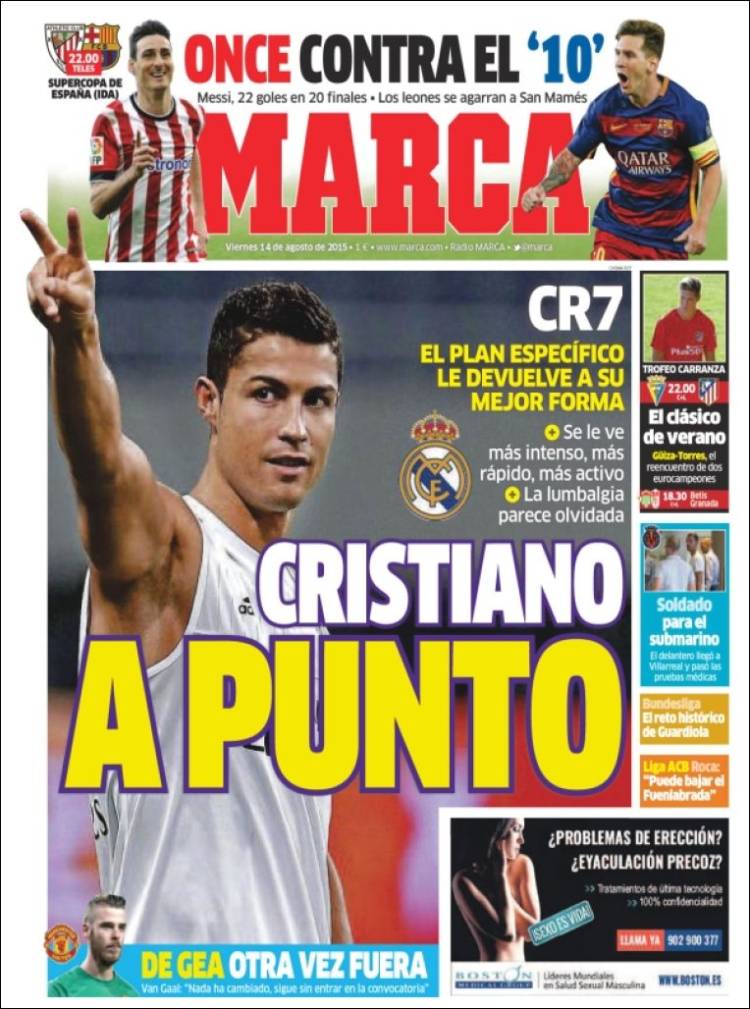 Following a specific plan so he can return to top form

Back pain seems a distant memory

Van Gaal: “Nothing has changed, he still does not fit into the squad”

Soldado to the Submarine

The striker arrived at Villarreal and passed medical tests 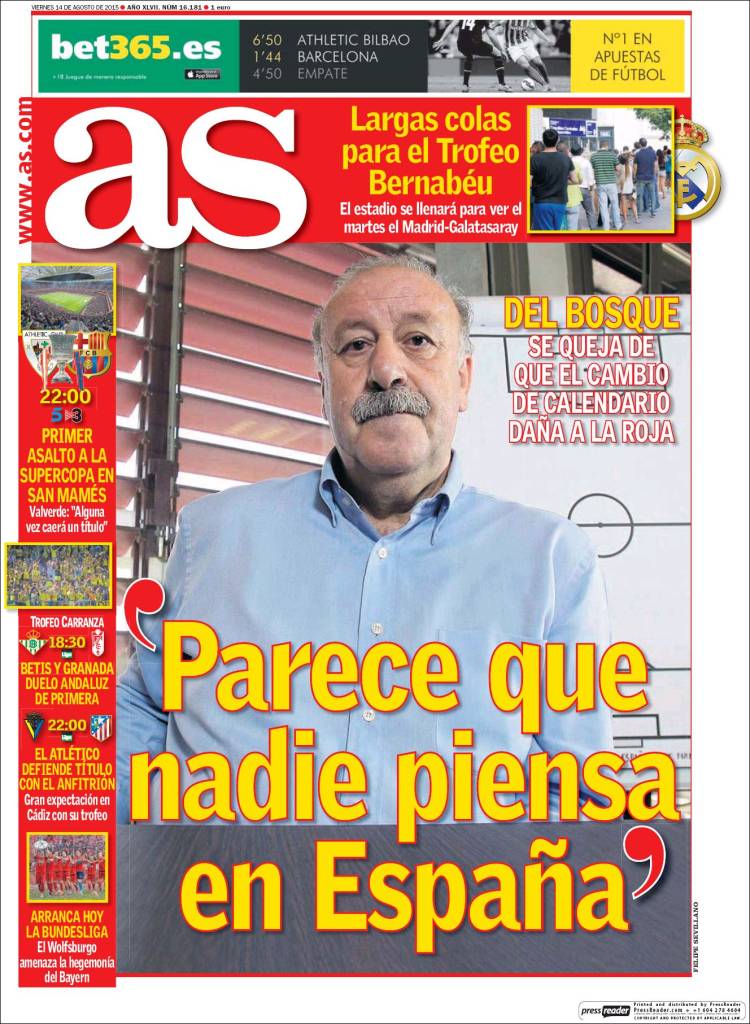 “No-one seems to care about Spain”

Long queues for the Bernabeu Trophy

Valverde: “A trophy will come one day”

Atletico defends their title against the hosts

Great expectation in Cadiz for the trophy 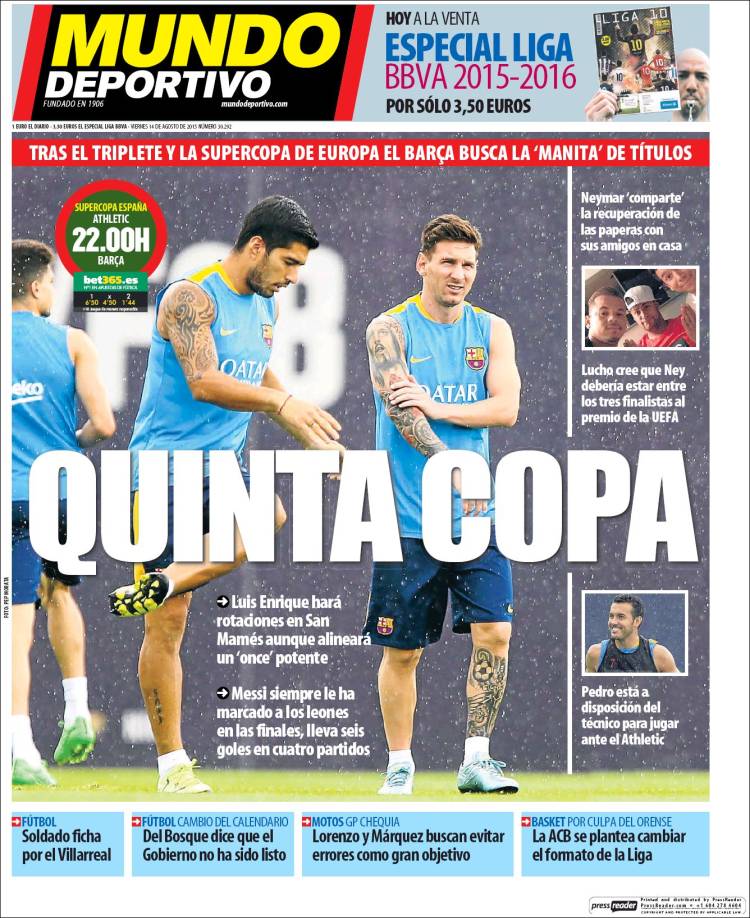 After the treble and UEFA Super Cup, Barca seek the ‘little hand’ of trophies on offer

Neymar ‘shares’ his recovery from mumps with friends at home

Pedro is available to the Coach against Athletic

Del Bosque says the government has not been smart